After an earlier and unforgettable performance at Electric Zoo Evolved, we’re “caught in a dream again” as Seven Lions returns once more for his last and sold-out show in New York for 2019—this time supported by his very own Ophelia Records artists Jason Ross, MitiS, and Crystal Skies! 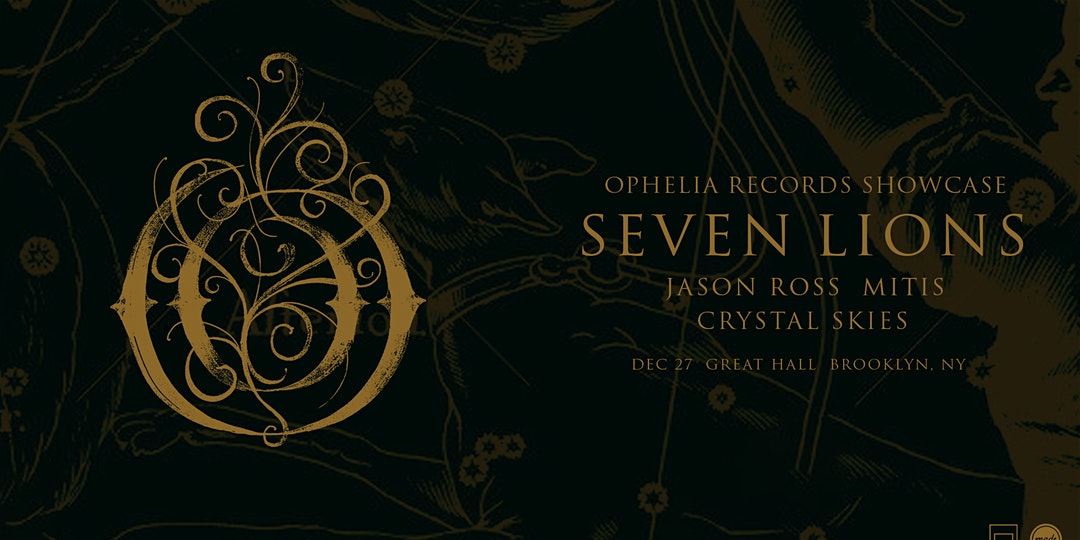 A favorite of many, the talented Jeff Montalvo (Seven Lions) has been closing the gap between trance and bass music with his production. In 2014, the highly anticipated “Worlds Apart” had hit #1 on iTunes Dance charts and Billboard’s Top 10 Electronic/Dance for the year. Since then, Montalvo’s audience for his crossover genre has grown along with his collaborations, few of which are now part of his record label.

Of the mentioned supporting artists and recent collaborative release of “Known You Before,” Jason Ross has been a great addition to Ophelia, having co-produced other popular tracks like “Higher Love” and “Oceans.”
Having partnered previously with Seven Lions to produce “Break The Silence,” Joseph Torre (MitiS) will be kicking off his Shattered Tour with the Ophelia Showcasing performance.
Next on the list of collaborators is Crystal Skies, the duo consisting of Britian Holcomb and Aaron Dawson, who has worked with Montalvo to produce “Sojourn.”

The sold-out show will take place on December 27th at the Great Hall of Avant Gardener in Brooklyn, a warehouse venue housing an array of moving lights and lasers from the ceiling and accommodating up to 6,200 attendees in its industrial setting.

Posted in Festivals and tagged crystal skies, jason ross, Mitis, New York, Ophelia, seven lions
← MDNGHT RECORDINGS RELEASES DUO WITH GOOM GUMDecadence Returns For A Sixth Year →
Don’t forget to follow The Festival Voice for all of your electronic music and festival news!
Instagram: @TheFestivalVoice
Facebook: @TheFestivalVoice
Twitter: @thefestvoice
Snapchat: @thefestvoice
YouTube: TheFestivalVoice
We use cookies to ensure that we give you the best experience on our website. If you continue to use this site we will assume that you are happy with us eating these cookies.OkLearn more