It’s a BACARDÍ Party! The iconic rum is excited to announce the BACARDÍ Party Tour! This is a nine-city U.S. tour making a giant splash in some of the biggest game day towns across the nation. They are bringing an amazingly infectious vibe that’ll get you going before the big game! Loud Luxury are here to bring the tunes as the headlining performer! Get pumped for game day in some of the BEST cities for a party including Madison, State College, Bloomington, Tempe, and more! The iconic rum brand wil show fans that it’s not a party without BACARDÍ. 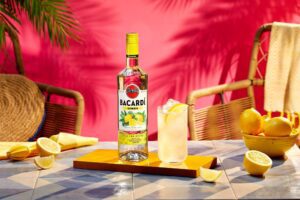 Now let’s talk about /loud Luxury- who are bringing the party to life! The Juno Award winning duo – who is Andrew Fedyk and Joe De Pace – have hits like “Body” and “Love No More”. These amazing hits helped them in their meteoric rise in the dance scene. This is in addition to their recent EP Holiday Hills (Armada Music) that dropped on August 13 featuring new summer singles “Lemons” and “Mistakes” that further solidifies their role as an electronic powerhouse. For BACARDÍ, the partnership with Loud Luxury comes naturally. This makes perfect sense as an extension of the brand’s “do what moves you” ethos to move its fans both physically and emotionally – which is exactly what Loud Luxury’s uplifting music does. 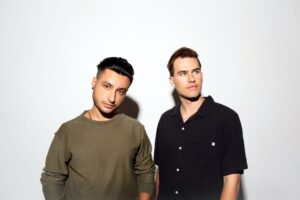 “BACARDÍ knows how to throw a party and bring the vibes, so we are thrilled to partner with them as the headliner of the BACARDÍ Party Tour. As live events start up again, we’re excited to embark on this multi-city tour and check out some of the best places for game days across the country,” said Loud Luxury. The DJ duo added, “We’re also excited to debut the official tour cocktail, called the Lux Limónade, which is a simple, yet delicious drink made with BACARDÍ Limón and lemonade. It’s a fire cocktail that we chose because it reminds us of our single, ‘Lemons’ – so be sure to check it out on tour with us.”

Giving fans an unforgettable experience with a sweepstakes to win a meet-and-greet with Loud Luxury plus fun giveaways, BACARDÍ rum will be making nine stops along the U.S. tour spanning September 2021 through early 2022, coming to a town near you on the following dates and occasions:
In addition to Loud Luxury’s Lux Limónade, the brand will also be serving up simple yet delicious cocktails made with a selection of BACARDÍ rums and rum specialties like the new BACARDÍ Tropical, BACARDÍ Spiced, BACARDÍ Coconut, BACARDÍ Lime, and more – all BACARDÍ Party Tour long.  Grab those tickets!
For more information on the BACARDÍ Party Tour and dates, visit www.BACARDIPartyTour.com. To enter the sweepstakes for the chance to win a meet and greet with Loud Luxury, head to  www.BACARDIPartyTour.com/LoudLuxury.
Posted in Tour and tagged BACARDÍ, Loud Luxury
← Shhhh- It’s A Secret Project in LALevel Up Your Parties with PartyMate! →
Don’t forget to follow The Festival Voice for all of your electronic music and festival news!
Instagram: @TheFestivalVoice
Facebook: @TheFestivalVoice
Twitter: @thefestvoice
Snapchat: @thefestvoice
YouTube: TheFestivalVoice