Tricky is a man we’ve been hearing a lot about lately! Check out our article on Tricky’s latest hit, Makes Me Wonder here. The man owns the label, ‘False Idols.’ Recently, False Idols released an EP of remixes of the classic track ‘Same’ from iconic Bristol production duo Smith & Mighty. You’ll want to keep your eye on False Idols as they release more awesome music.

The original song features heavenly vocals from Tammy Payne. ‘Same’ saw its first release via !K7 in March 1998 as an exclusive track on their DJ-Kicks. The song has since become a cult classic and is still widely listened to. As a result, today we see the release of a carefully curated remix package with contributions from Bristol peers including Kahn, Onset, Justin Reverb, Henry Louie, Ray Mighty’s 4th Dub Mix, and Rob Smith’s 2019 re-rub. Rob Smith’s track echoes into new dimensions, crossing multiple genre boundaries. Check out all of the remixes HERE. 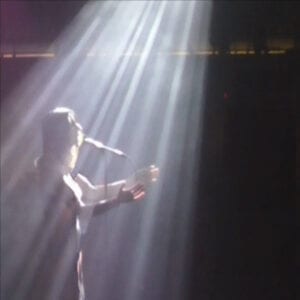 Speaking in his very recently released autobiography, Tricky describes Smith & Mighty as “one of the foundations of Bristol music, the real deal, proper musicians, with no bullshit about them. They were retiring to the point where you were lucky if you could even get them out to DJ sometimes.”

The ‘Same Remixes’ package is then a confluence and a celebration of a host of Bristol inspirations – a re-affirmation of a great track and its relevance over 20 years later in British music today. The classic track has been reimagined in many new ways. You’ll be sure to pick a favorite!
You can check out the latest remixes on any platform, OUT NOW.
You can also stream the Kahn Remix here.
Of course, don’t forget to follow The Festival Voice to keep up on the latest electronic music and festival news.
Posted in Festivals and tagged 4th Dub, False Idols, Henry Louie, justin reverb, kahn, new music, onset, Press Release, remixes, Rob Smith, same, tricky
← Ex Nihilo Explores The Story of Our WorldFade to Black with Cookie Monsta →
Don’t forget to follow The Festival Voice for all of your electronic music and festival news!
Instagram: @TheFestivalVoice
Facebook: @TheFestivalVoice
Twitter: @thefestvoice
Snapchat: @thefestvoice
YouTube: TheFestivalVoice
Home » Blog » Check Out These Remixes of Cult Classic, Same.