This year’s inaugural Sacred Rose festival is shaping up to be the big thing happening in Chicagoland this August. The festival recently announced its pre-party and late-night shows. I love it when festivals add an extra dimension to the experience with extra shows, especially with city festivals as patrons get to see some of the surrounding sights of the area and visit some local venues. As this will be my first time going to Chicago, I am hoping to catch at least one of these extra sets to explore the city as much as possible. 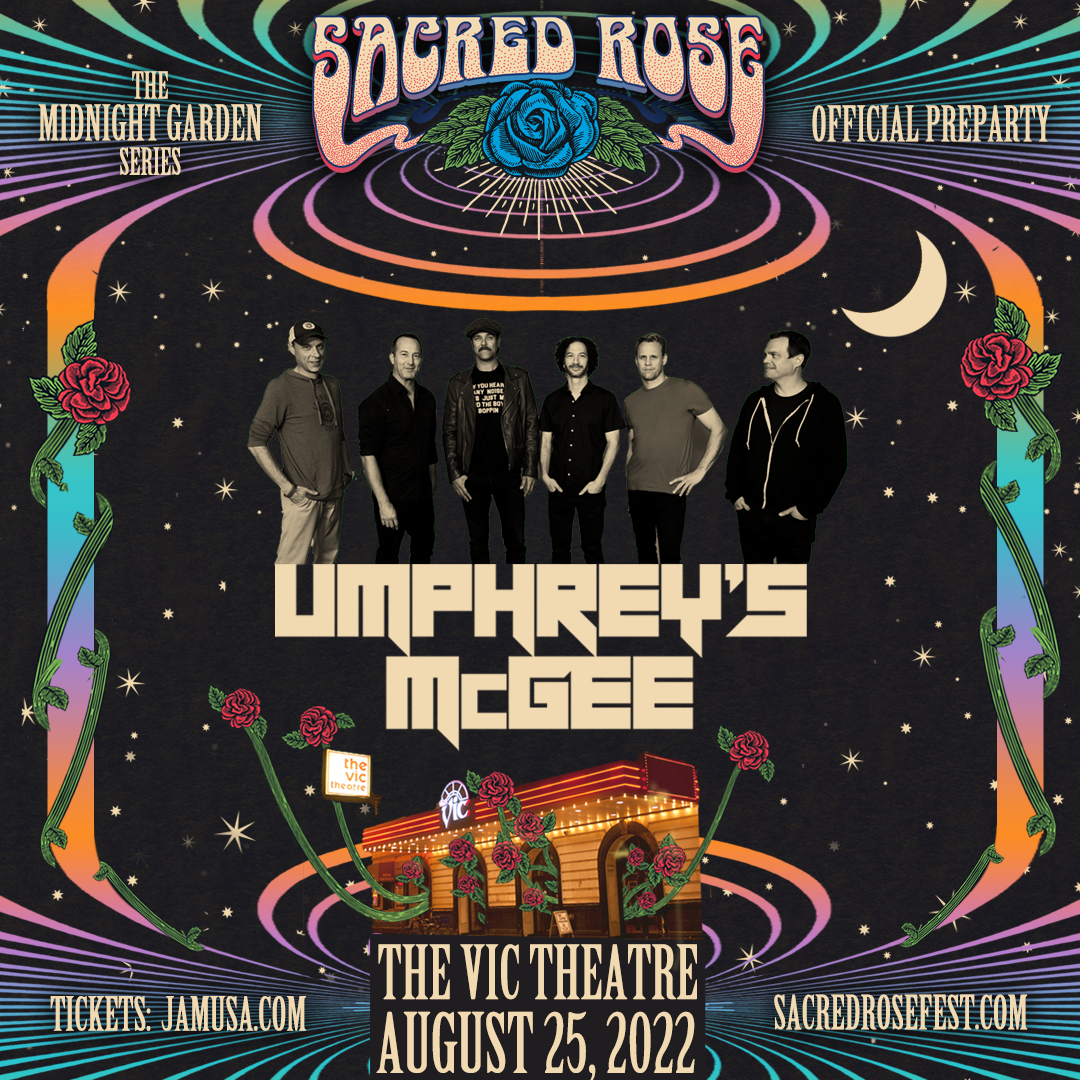 On Thursday August 25th, the day before the festival starts, there are two shows to catch, Umphrey’s McGee at The Vic Theatre and a 50th-Anniversary Celebration Super Jam for the Grateful Dead’s Europe ’72 at Thalia Hall. Umphrey’s McGee is an amazing time, but this special Super Jam at Thalia Hall is the move. The Super Jam features Eric Krasno from Soulive on guitar/vocals, Aron Magner from The Disco Biscuits on keys, Ross James from the Terrapin Family Band on bass, Alex Koford from the Terrapin Family Band on drums, Ric Robertson from Lucius/Oliver Wood on guitar, and other guests still to be announced. If you are a Deadhead, this is a dream come true to see a performance of an iconic Grateful Dead live album.

Saturday and Sunday both have late-night shows after the festival ends each day. Saturday night after the festival ends, White Denim will be playing a late-night set at the Chop Shop. White Denim is one of the bands that made me want to go to Sacred Rose when I saw the lineup drop, even though they are the last on the lineup. I saw them for the first time at my first camping festival, Firefly, in 2014. I stumbled upon their late-night set and was blown away by the whole experience as White Denim was one of the first psychedelic rock bands I had ever seen. That set is one I will remember forever and has had me waiting for another opportunity to see them again. I was speechless when I found out they were doing one of the late-night shows at Sacred Rose. I highly encourage folks to check out their late-night set on Saturday. If you are still looking for more action on Sunday after the festival ends, Dawes will be at the Chop Shop to close out the weekend. 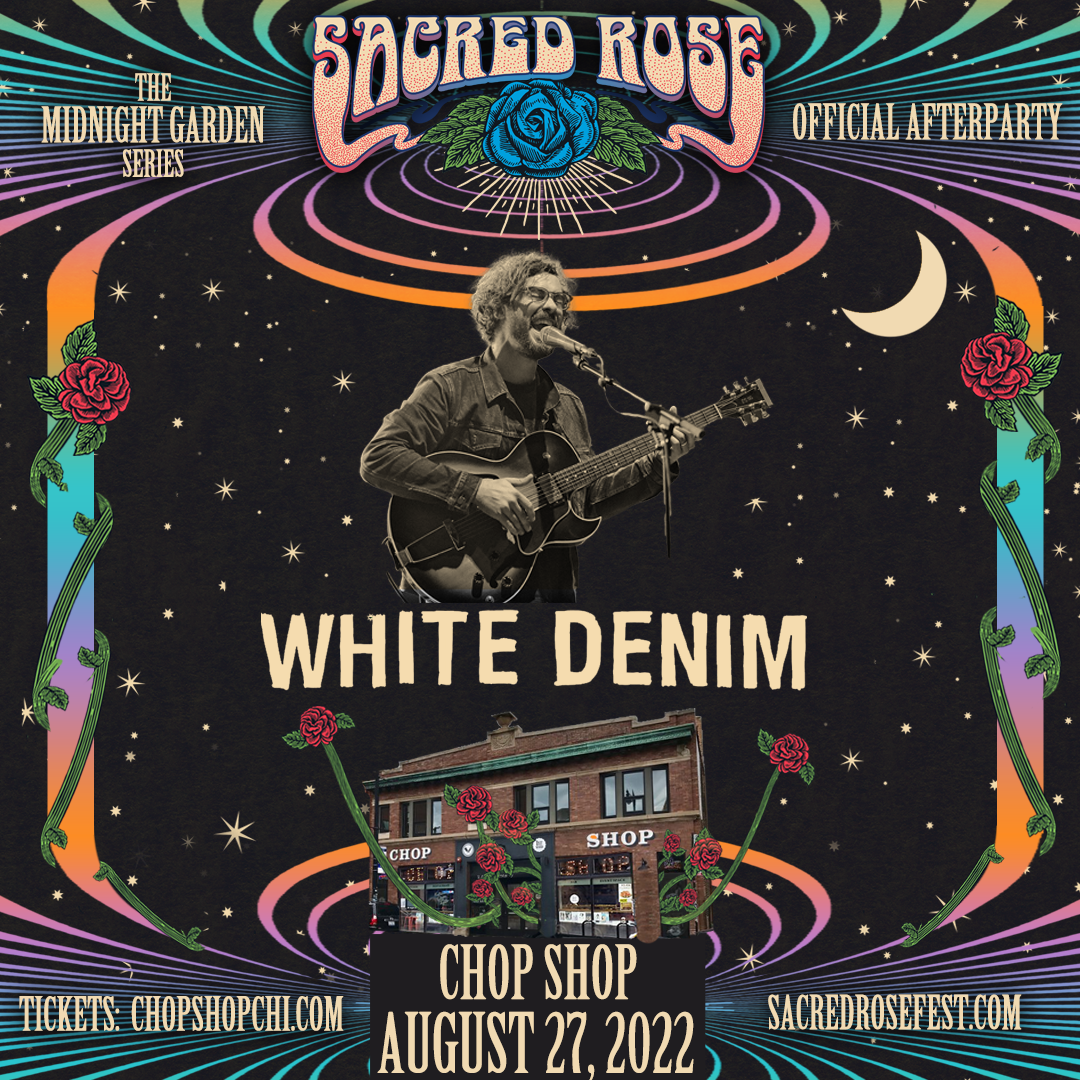 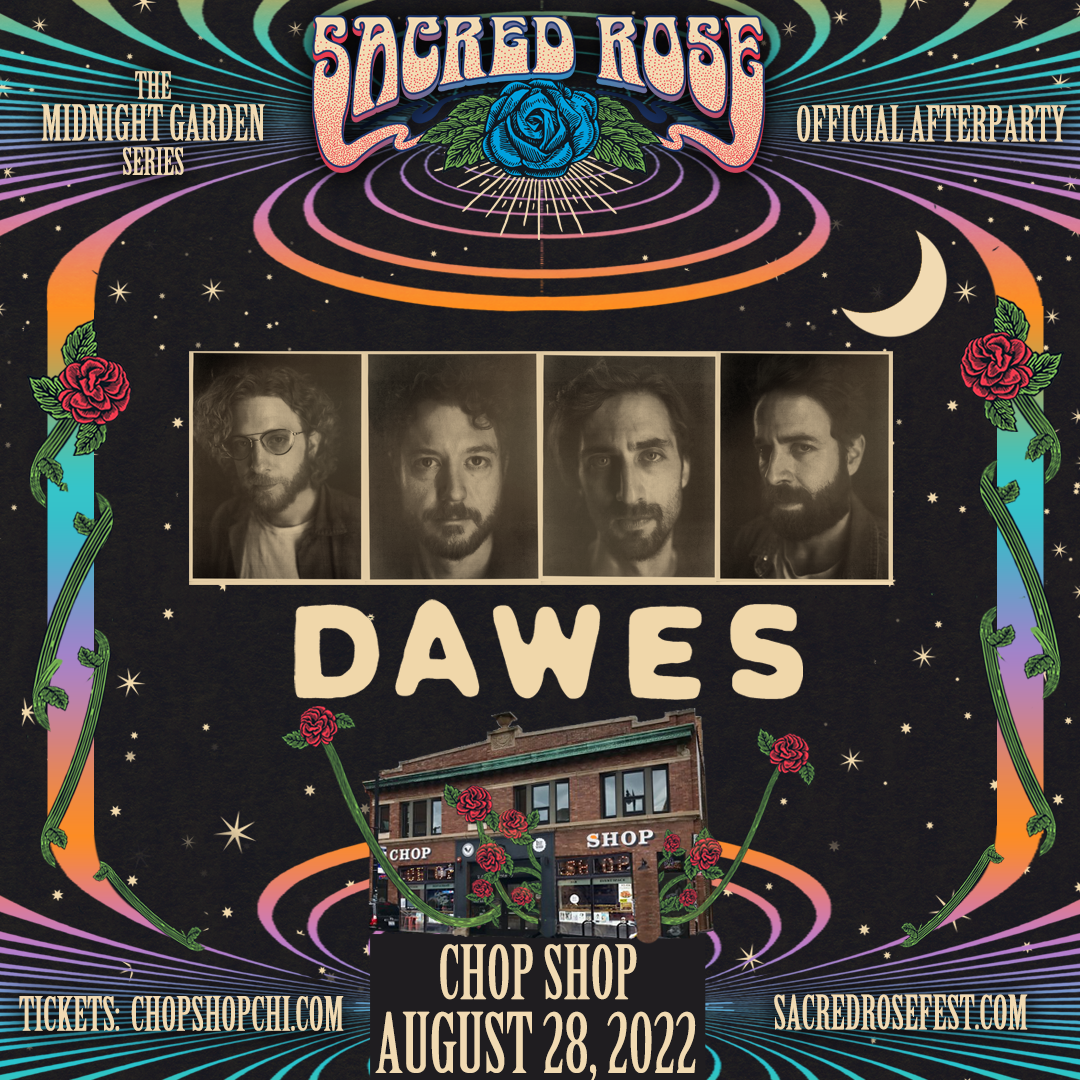 You can get your tickets to these events on the Sacred Rose website as they went on sale last week Friday. If you aren’t going to the festival and are in the Chicagoland area, you can check out these extra shows without purchasing a festival ticket. One thing to note is that the extra shows are requiring proof of vaccination or a negative COVID test within 72 hours. Make sure you plan accordingly so that you don’t end up missing out on these shows. I hope to catch you at one of these, more than likely the White Denim one!