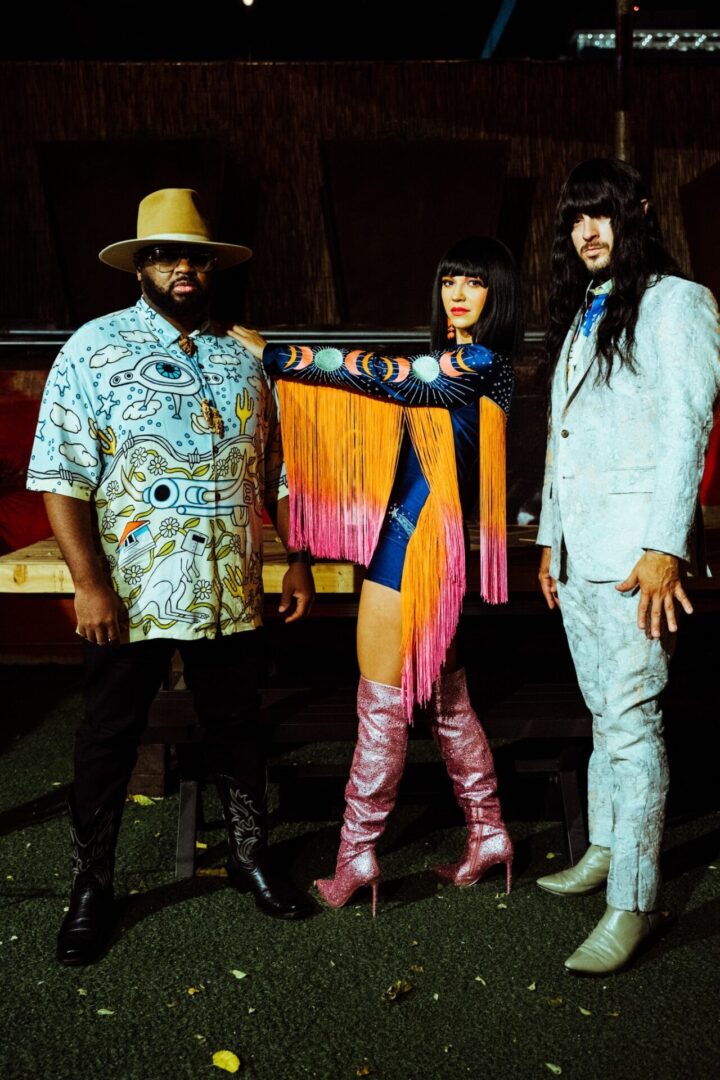 Khruangbin, which is Thai for airplane or more literally “engine fly,” is a groove-leaning trio from Houston that blends influences from Thai rock, surf rock, Iranian pop, and many other worldly genres. The band formed from jam sessions between guitarist Mark Speer and drummer Donald Johnson, Jr. who originally played together in a church band. Laura Lee, the magnificent bassist of the group, joined them in these sessions. Mark and Laura then performed with Yppah while opening for Bonobo’s 2010 America tour. After this tour Khruangbin formed and debuted self-released cassette soon after with the single “A Calf Born in Winter” being included on Bonobo’s 2013 LateNightTales mix. The response from this single helped them get signed with Night Time Stories. In 2014, Khruangbin released the EP The Infamous Bill and the next year released the EP History of Flight which featured covers from artists including Serge Gainsbourg and Yellow Magic Orchestra. Also in 2015 the band released their debut full-length, The Universe Smiles Upon You. In 2016, the band opened for Father John Misty on his U.K. and Europe tour. Additionally, the band had headlining tours in the U.K. and America. In 2018, the band released their second album Con Todo el Mundo which reached the Top 20 of Billboard’s Top Independent Albums Chart. After some more successful releases, Khruangbin teamed up with Leon Bridges to release the EP Texas Sun which came in 2020 along with their third album Mordechai. In 2022, Khruangbin released a second EP with Leon Bridges called Texas Moon.

The band has made huge strides in the past decade to be a headlining artist at this year’s Sacred Rose. They definitely deserve their slot to close out the festival!