Session Victim released a music video for ‘The Pain’

‘The Pain’ is the second single taken from their upcoming album, ‘Needledrop’ released by London based label, ‘Night Time Stories’. 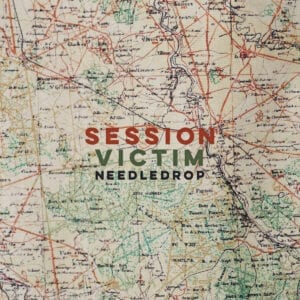 SESSION VICTIM – ‘THE PAIN’
X
NIGHT TIME STORIES
PRE-ORDER ‘NEEDLEDROP’ HERE
After announcing their new 11-track album, ‘Needledrop’, produced by the London based label, ‘Night Time Stories‘, Session Victim released the next single and music video for, ‘The Pain’ as well as loads of live and DJ set tour dates.
Session Victim, as successful producers, have had the intent of creating a dynamic body of work to play continuously. With ‘Needledrop’, Session Victim have brought together the inspiration of some textured and subtly layered jazz and soul compositions with late 90’s trip hop. Together forming an entire show of live instrumentation and organic melody, ‘The Pain’ has electronic touches while still maintaining something groovy – bringing listening on a hypnotic journey as well as an echoed soothing vocal sample.
“‘The Pain’, which we wrote at Hauke’s place in Berlin, was one of the last tracks on the album to come together. Right from the start this one had a different vibe that we felt was an essential piece to the overall record, channeling something more serious and urgent but ultimately uplifting” – Session Victim 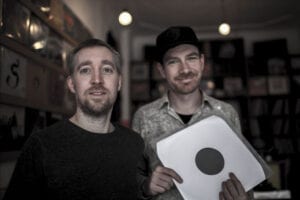 ‘The Pain’, directed by Peter Malla, offers a visual representation for the context of the track. Shot in London, the cinematic piece delivers an intimate and ever-pressing theme of a sense of perseverance, optimism, and gaining strength through adversity and pain.
“The story follows an injured skateboarder as he struggles through the process of healing. Through his physical impairment, his other senses become heightened, bringing a strengthened awareness and grounding, highlighted in the garden scenes. What he gains from his experience, ultimately builds him into a stronger skateboarder, once he’s back on the board” – Peter Malla
German duo Hauke Freer and Matthias Reiling, are veterans when it comes to creating top-tier albums. Being affluent in the DJ community, the pair have released quite a number of successes on tastemaker label ‘Delusions of Grandeur‘, culminating in 2017’s ‘Listen To Your Heart‘. ‘Needledrop’ is their fourth studio album, set to release on ‘Night Time Stories‘, who have also created ‘LateNightTales‘. This release marks a surprising shift towards a more downtempo dynamic of fellow masters of the LP format, such as Nightmares on Wax and DJ Shadow, artists that have had a heavy influence on Session Victim’s output over the last decade.
Tour Dates: