EVOKING A FUTURISTIC FEELING OF UNCERTAINTY, ‘BLOW’ IS AVAILABLE TO STREAM NOW

CHECK IT OUT HERE 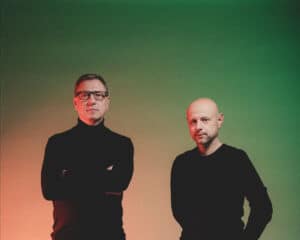 Presenting an inside look of the ambassadors of electrified Polish Jazz music’s upcoming LP, ‘HIGHLIGHT’, the album opener, ‘Blow’, “intertwines our musical past and present” says Skalpel and follows up from the previously released singles, ‘Quicksilver’ and ‘Arrival’. Throughout the years, the duo have combined local and traditional jazz inspirations with new electronic beats. The new single, ‘Blow’, is the perfect manifestation of their craft, offering a cinematic undertone paired with a sparkling arpeggio.

Taking a deeper look into ‘HIGHLIGHT’ – Skalpel’s most comprehensive album to date, their original and now signature approach has seen the duo release three albums. Skalpel has heard praise for their LPs, Skalpel’ and ‘Konfusion’, which were both released via ‘Ninja Tune’ from NME, The Wire and DJ Mag, a Gilles Peterson Worldwide Award nomination was soon to follow. Skalpel’s third album, ‘Transit’ marked a significant shift in their creative technique, moving from samples to virtual instruments.

HIGHLIGHT is set to release March 20th. ‘HIGHLIGHT’ is a beautiful demonstration of a creative explosion, showcasing Skalpel’s most rhythmically diverse and enhanced body of work to date.

Skalpel’s ‘Blow’ is out now via NoPaper Records / !K7