We’re going to have a splash at the iconic summer festival series Splash House! They have just announced the artist lineups for the second and third editions of its newly expanded triple weekend season in 2022. This is going to be a BLAST! Party in style after you celebrate 9 years of Splash house. This is a perennial favorite in the summer festival calendar. It combines all the best things, electronic music, poolside parties, and resort amenities. 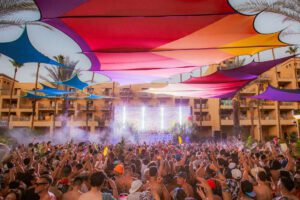 The August editions further extend Splash House’s mission of curating top-tier electronic music. Fans can expect industry titans mixed with emerging talent from around the world. During these two unique venues, you’ll party at three resort venues: the Renaissance, Margaritaville, and Saguaro Hotels. Each resort has their own distinct feel transporting fans to multiple eras of Palm Springs aesthetic history all within the festival footprint.

And this lineup is going to make a SPLASH! 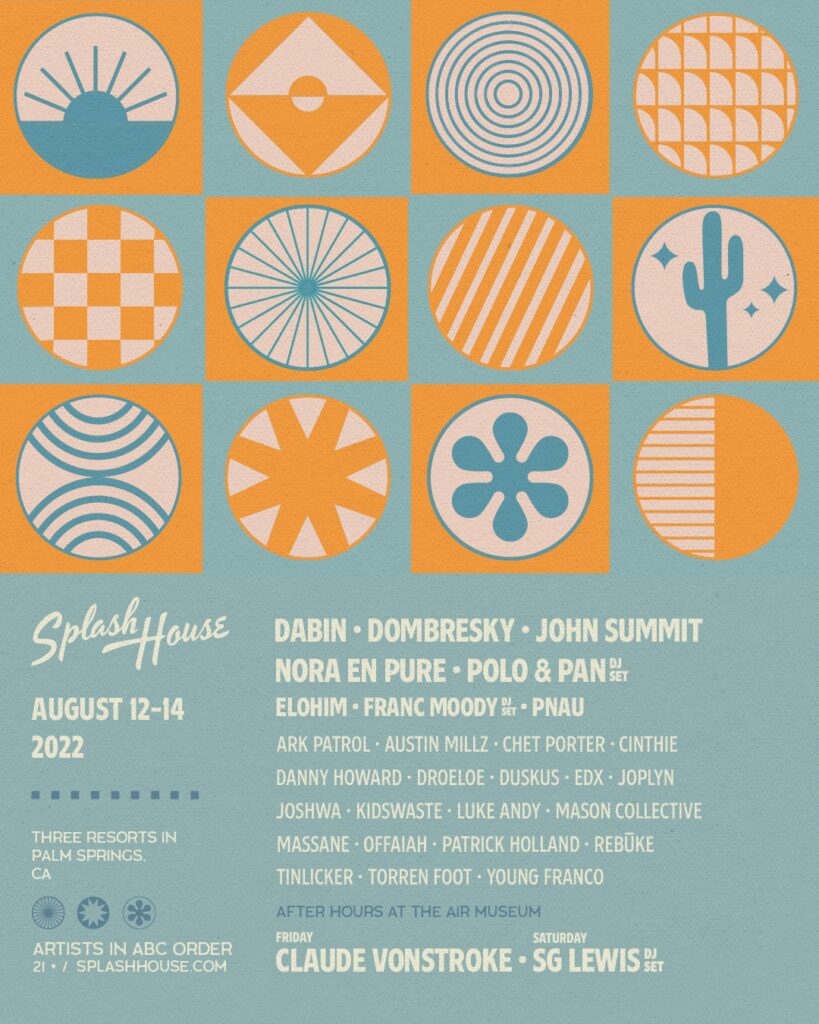 The bill for August weekend two is equally stacked! There are tons of crossover favorites like Mercury Prize-nominated British production outfit JUNGLE playing a DJ set, live phenomenon Elderbrook, and a club set from alternative pop duo NEIL FRANCES. Household names such as the enigmatic Malaa, Australian house favorite Sonny Fodera, and prolific UK duo Solardo will be bringing four to the four grooves in full force. MEMBA, DEVAULT, Mindchatter, and a DJ set from Phantoms provide strong representation on the mid-tempo electronic side of things along with next generation house risers like Noizu, VNSSA, Kyle Watson, Coco & Breezy, and Eden Prince. 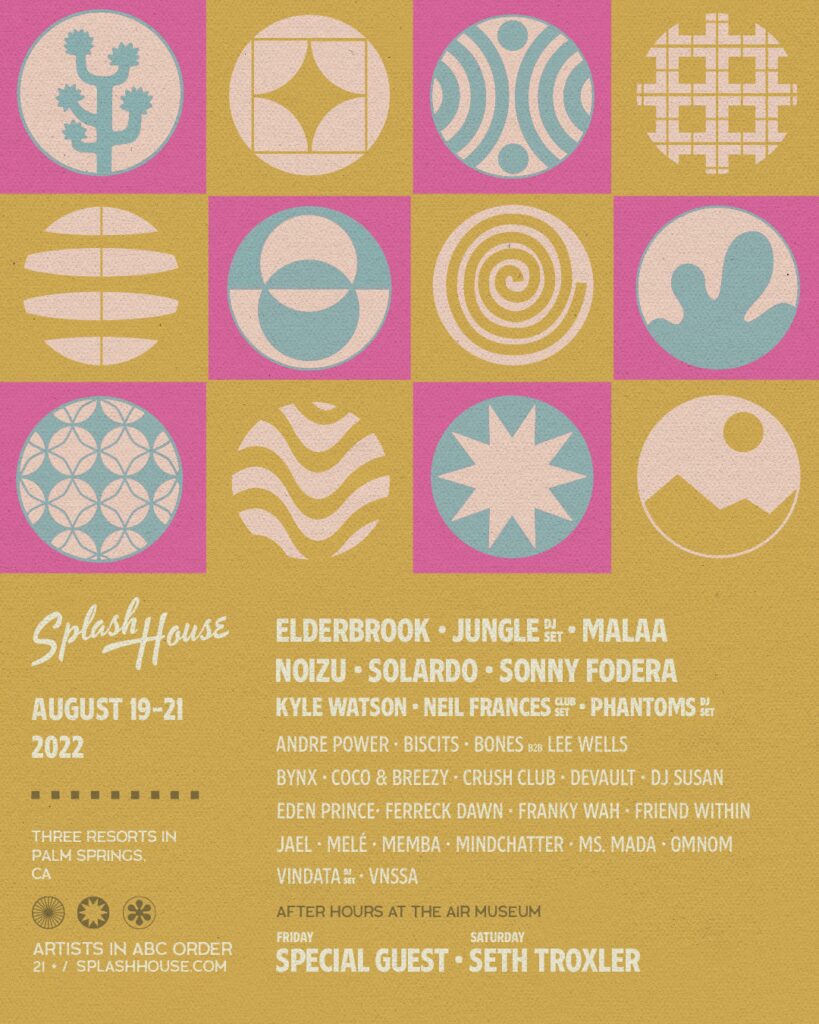 If you’re a night owl, you can party it up at the After Hours programming at the Palm Springs Air Museum while enjoying an open-air dance floor and witnessing artists perform alongside historic airplanes, all backdropped by the San Jacinto Mountains. It’ll be a sight to behold, that’s for sure! This location is a huge part of the experience. Recently, the debut of Desert Air last December was held here. Dirtybird label boss Claude VonStroke and in-demand super producer SG Lewis (DJ Set) have been announced as the headliners for August weekend one, while the globally recognized house and techno icon Seth Troxler and an artist to be announced carry the day party into the after-hours for August weekend two. 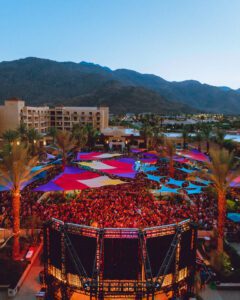 It remains Splash House’s style-forward and fun-loving community that makes the event what it is. This truly is a hideaway from the urban sprawl of Los Angeles and as a result, Splash House fosters an environment fit for music fans, fashionistas, travelers, and those seeking a different kind of festival.

All currently available pass types and hotel package options can be viewed at splashhouse.com. GA passes for the August edition start at $189. Remaining GA passes go on sale Thursday, June 30 at 12PM PST.

Guests must be 21+ in order to purchase.