If you haven’t already gotten your tickets for Damian Lazarus’ Day Zero party, after you see this lineup, you sure will! The event remains an essential marking of time for the electronic music community. This is a signal of new beginnings and a party that connects the physical and spiritual realms. Just last week, Damian and his dedicated team announced the return of Day Zero Masada: Dweller of the Dead Sea, touching down at the historic mountain of Masada and the lowest part of the world on September 16, 2022. 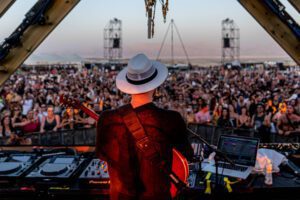 And now lucky us, Day Zero shares a 2022 lineup packed with a renowned assembly of DJs and producers from around the globe. This is one for the books! Techno fans will rejoice because of international techno star Anfisa Leyago, who has been showcasing his talents. And add that to Sasha going back to back with NYC legend Danny Tenaglia. 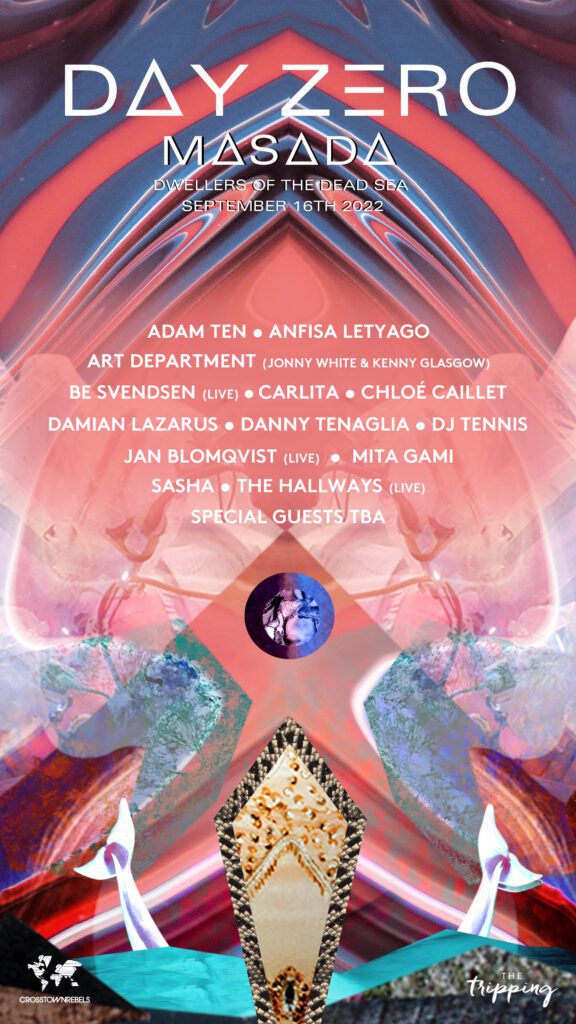 Next up, we’ve got life and Death punk-dance founder DJ Tennis, a regular collaborator and performer at Damian’s Day Zero events, who will similarly join forces for a B2B with the rising Carlita, who is known by all for her worldwide sounds and cultures.

And everybody knows Chloe Calliet, who is known for her melding of disco, house, afrobeat, & funk. She’s a welcome addition to the lineup. Joining her is Goldcap, who is going to shake the ground with his epic set. Kenny Glasgow and No. 19 Music Boss Jonny White are teaming up for their legendary collaboration as Art Department.

We aren’t stopping there yet because Adam Ten, leader of Tel Aviv-based techno collective Dov Gummy, will add to the list of collaborative sets. He joins forces with Mita Gami, who is influential in the Burning Man family. Add that to Be Svendsen, ‘concert techno’ maestro Jan Blomqvist, and The Hallways, a middle eastern trio who harnesses a vibrant amalgamation of dark synths, rare drum machines, and organs to create ‘Experimental Arabic Drone Music.’

Finally, we can expect Damian Lazarus to bring us a show-stopping performance. He will give us his all during his sunrise sermon. This closing set will resonate with attendees for years to come. If you were lucky enough to attend the inaugural event, you will remember when Damian played a reworked version of Bill Withers, “Lovely Day,” as the sun came up amongst 15,000 party people and the desert went into a mass of joyful madness.

Originally, this event was founded in the jungles of Tulum in 2012. And now, Day Zero has grown from a humble gathering into one of the world’s most celebrated festivals. The event is going to blow your mind with earth-shattering production and music curation. This is going to be one of those events that you can’t miss out on! From the ancient Mayan civilizations, the elite experience-crafters now focus on the Bedouin tribes and nomadic peoples of all creeds and cultures that have crossed the Dead Sea region. 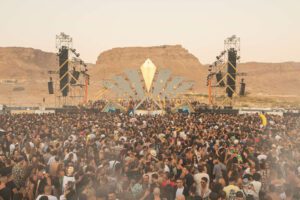 The Mountains of Masada is one of Israel’s most historical locations. Revelers will be guided through a hero’s journey from sundown to sunrise amidst the great expanse of the Dead Sea. Some of the BEST electronic music will echo throughout the mountains, a sacred pilgrimage first set forth by Canaanites, Reubens, Gads, and many others. The UNESCO World Heritage Site sits on the shores of the Dead Sea and will remain one experience you remember for a lifetime.

As this is a historical site, Damian Lazarus and his team are committing to honor and protect the sacred lands. The festival will employ a no trace policy for attendees, carbon emission offsetting, and sustainable event production that includes a heavy emphasis on recycling and biodegradable materials. Fortunately, there was a success with the first plastic-free event in Israel and so we can expect this tradition to be continued.

Despite its global expansion and renowned pedigree, Day Zero’s ethos of creating peak experiences at historically elevated and beautiful locales remains unchanged. Lazarus knows well that taking this connection between the ancient and the modern worlds will allow humanity to understand itself. Together with the Tripping Productions team, Day Zero will continue to raise the bar as it synthesizes nature, artistry, and technology in new and innovative ways.

For Tickets and More Info Visit: