We were able to chat with Nicky Roland recently. He’s been up to some big things such as the release of his new track, FunkBox! Check out this exclusive interview!

You get a unique perspective of the crowd from the stage. Tell us, what has been one of the craziest things that you have seen while on stage?

Probably a silver haired couple, clearly in their late 60s or so, going wild in a crowd of hardcore jungle fanatics. They were by far the biggest party animals in the entire crowd.

When you’re playing at a festival, you’re obviously not playing the entire night. Do you ever go enjoy the festival and get lost in the crowd?

Absolutely, I like to get the vibe from the crowd, plus I want to hear what other performers are up to. I grew up attending festivals before I could walk and talk, so it’s in my blood.

Let’s talk about live performances for a second. Do you prefer playing for the large crowds of fans at festivals or do you prefer more intimate shows at smaller local venues? And why do you prefer that?

It’s very different and each has its qualities. The raw energy of a large crowd, vs the intimacy and warmth of a smaller crowd. For the most part, I tend to like smaller events as you can get to know individuals a lot better, especially when you go mingle before or after.

The same event with the silver haired ravers…Notting Hill Carnival. I’d love to play at Love Parade sometime, I can only imagine how much fun that would be.

Would you rather see the crowd headbanging and going wild, or do you prefer to watch as everyone gets their groove on?

What is your favorite song to get your audience pumped up and dancing their hearts out?

Again, it really depends on the mood I’m going for. I like to cross over into multiple genres, so there are different horses for different courses. If I’m playing house, George Morel’s Officer Where’s Your Brother is impossible for anyone with a pulse to stand still to.

Okay, let’s get a little personal now and help your audience connect with you on a deeper level. So, tell us a little bit about yourself. How old you are, where you’re originally from, where you live now, etc.

Let’s just say I’ve been around the block a few times and have gotten wiser about the music biz in the process. I’m originally from London and have moved around extensively throughout my life, I’m currently in Denver, which I love, but I’m a bit of a nomad, so who knows where the next chapter will lead.

As mentioned earlier, I grew up at festivals, jazz festivals to be precise. My mum was deeply connected to the jazz world and would take me backstage to meet people Lionel Hampton, Stephane Grappelli, the Count Basie orchestra, etc. It wasn’t until years later that I really understood how lucky I was to have met so many living legends. I can still remember the sounds and smells, the sense of wonder and nervousness of being around these incredible artists.

Tell us a little bit about your past and what brought you this point in your life. Were there any life-defining moments or people that majorly impacted who you are as a person and as a musician?

I grew up with music all around me, so my parents more than anything, followed by the artists they were hanging out with. Later on I was heavily inspired by people like Juan Atkins, Ryuichi Sakamoto, Kraftwerk, Africa Bambaataa and many others that inspired the music I currently make.

So you said that you’re originally from London. What was it like growing up there? Are there any cool local spots that we should to check out if we are in the area?

London is an amazing city. You could hang out at a different spot every day for years and never do the same thing twice. That said there are definitely some hotspots that everyone should check out, such as Soho, Brixton and Camden Town.

What was the first album you ever bought and why did you go for that one?

I was One Step Beyond by Madness. When I was a kid I’d sneak into pubs to play the arcade games. One night I got to see them perform shortly before One Step Beyond blew up the UK charts and fell in love with their sound. The energy was incredible, and their zaniness was ridiculously fun.

How old were you when you went to your first concert and who did you go see?

The first person I paid to go see was Michael Jackson, and it was mind blowing. I doubt there’ll ever be another performer that can match him.

What was the first festival that you went to and how did that impact you?

My first tangible memories are of the jazz festivals at Antibes Juan-Les-Pin, which made me fall in love with jazz and blues.

What is one thing that most people don’t know about you?

I used to be managed by Snob, who was the president of the London chapter of the Hell’s Angels at the time. There was nothing like seeing the reaction of label execs when he walked into the room.

If you could give your fans one piece of advice about their career,  their life, or about anything…what would it be?

Don’t rush. Think through every move and don’t sign the first thing that’s put in front of you. In music and business in general, people can smell your hunger. Learn about the business and especially contractual law. The more informed and knowledgeable you are, the harder it is to pull the wool over your eyes. If you get signed for a record deal, remember that everything gets deducted from your royalties, including the party favors the producers seem so keen to push on you. You are your brand, your business, always be aware of the impact and cost of your actions.

Do you have anything else that you would like to say to our wonderful audience today?

First off, a huge thanks for taking the time to read this far into the article. Secondly, be sure to keep an eye out for release dates of the Feel It – Soul House remix featuring legendary Chicago R&B and house singer, Sinclair, coming out soon on DJ International Records. Stay beautiful! 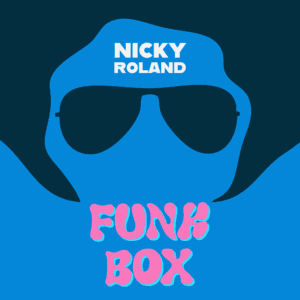