With Hangout right around the corner, I wanted to share some highlights from the undercard that I discovered in the last year or so. I know a lot of people usually sleep on the undercard, but I highly recommend at least checking out the artists below. There is some crazy good talent from top to bottom on this lineup. I have picked two artists a day to highlight, with one from the second from the bottom line and one from the bottom line from each day. Additionally, I have included a good live set so you can get the vibes of the artist past what I can share in words. I hope I can sell you on some of the up-and-coming talented musicians that have clawed their way out of the pandemic into festival touring. You’ve got to add these to your watchlist! 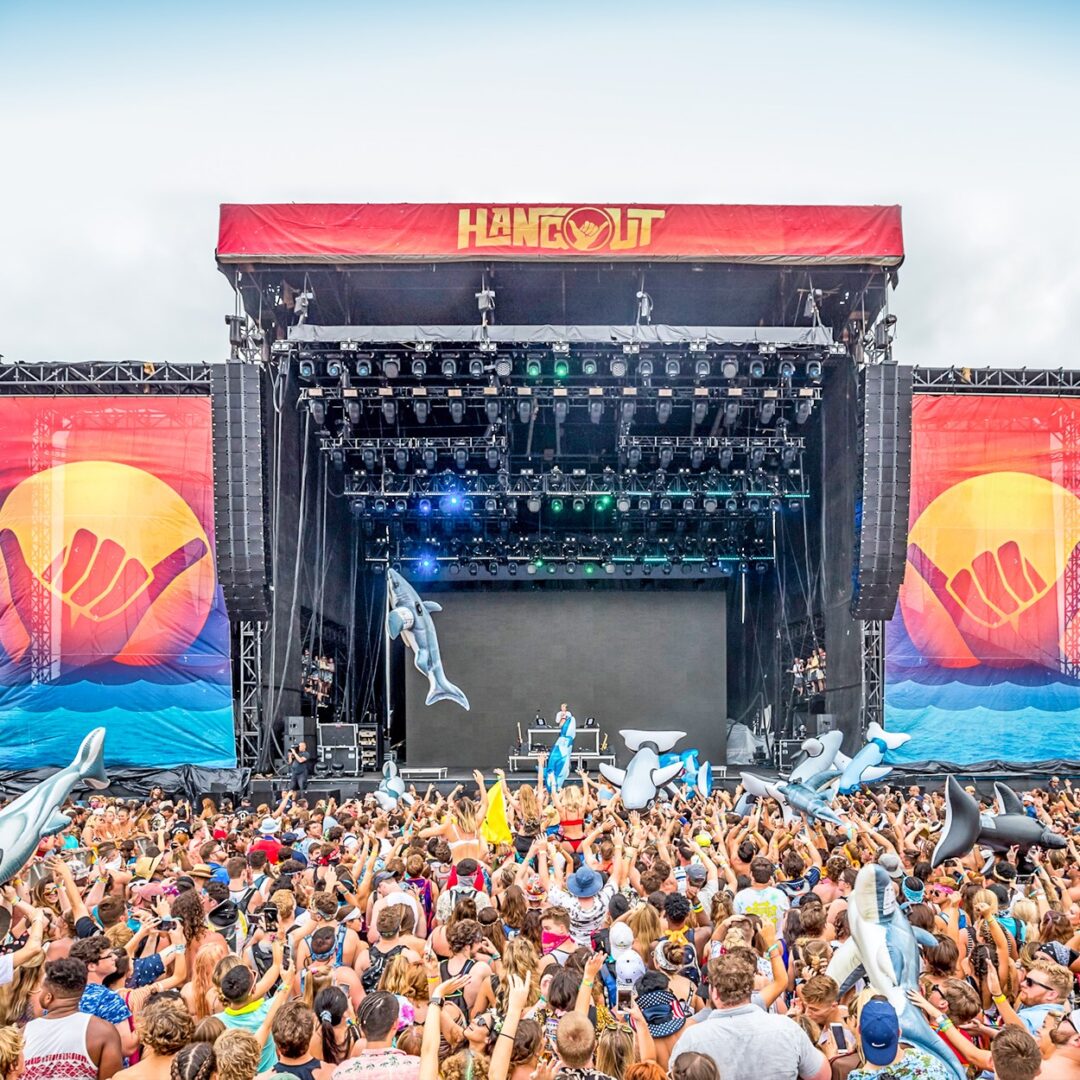 Briston Maroney is a Nashville-based artist that blends indie rock and folk. Originally from Kennesaw, Georgia, his family moved to Knoxville at an early age. Briston started writing music in his teenage years taking inspiration from classic rock, folk, and indie rock. As a teenager, he auditioned for American Idol and made it to the Top 30 before ultimately getting cut. After high school, he moved to Los Angeles but ended up moving to Nashville to better develop his sound as an artist. In the later 2010s, Briston dropped singles that gained him a following such as “Hangin’ Around” and “Virginia.” In 2018, he released the EP Carnival that gained critical acclaim. The following year he landed himself in rehab and ended up living with his mother in Florida while he reflected on his future career path. Later in 2019 he moved back to Nashville to continue on with creating music and dropped the EP Indiana. Briston’s full-length debut Sunflower was released in 2021 featuring production from John Congleton.

LP Giobbi is a DJ that is dubbed the Austin-based piano house queen. Originally from Oregon, she started her career in piano at a young age and credits her piano teacher Carolyn Horn as a significant influence. She later received a degree in Jazz Piano Performance from UC Berkeley. From there she taught herself how to DJ and produce to break into EDM as a house artist.. Giobbi is one of EDM’s fastest-rising stars, gaining nearly 30 million total streams from all her singles and remixes. She has performed across the globe at festivals, including Coachella, EDC, Lollapalooza, Firefly Outside Lands, and ACL, and as tour support for Galantis, SOFI TUKKER, Madeon, and Diplo. Outside of her epic music career, Giobbi devotes her time and energy to many things including FEMME HOUSE which is her non-profit education platform that helps create equitable opportunities for women and other marginalized gender groups in the technical side of music creation. Every Saturday night, she hosts FEMME HOUSE Radio on SiriusXM’s Diplo’s Revolution where she interviews marginalized gender producers. On top of all this, Giobbi is the North American Music Director for W Hotels and co-owner of artist collective and label Animal Talk with SOFI TUKKER. At each of her shows, she typically sports a Grateful Dead shirt passed on from her parents who are huge Deadheads.

Moon Taxi is a jam and alternative rock band from Nashville. Created by students at Belmont University in 2006, the band gained a strong local following and soon after started their own label !2th South Records. Moon Taxi released their first album Melodica under their own label in 2007 with many gigs following to promote their debut work. Their second album Cabaret dropped five years later in 2012. The next year the band signed to BMG for distribution of their next LP Mountains Beaches Cities which got their music licensed for TV and commercials. From this success, Moon Taxi went on to play at Bonnaroo, Governor’s Ball, and Lollapalooza before dropping their fourth album Daybreaker in 2015. In 2017, the band released their popular singer “Two High” which was part of the 2018 full-length Let the Record Play which was issued on RCA. The band has since signed with BMG as their main label and released Silver Dream in 2021.

Ship Wrek is an EDM project started in 2018 by Tripp Churchill and Collin Maguire. With over half a million monthly Spotify listeners, this LA-based house music duo gets playout support from huge names such as Skrillex, Jauz, The Chainsmokers, Diplo, Zedd, and Dillon Francis. In 2019, Ship Wrek signed with Big Beat/Atlantic. During the pandemic, they played a slew of streaming sets that set them up for success in 2022 for playing festivals such as Bonnaroo.

Sunday – The Brook & The Bluff

The Brook & The Bluff is a Nashville-based soulful, groovy indie rock band. Born in Birmingham, three of the four members, Joseph Settine, Alec Bolton, John Canada, met at Auburn while attending college while the fourth member, Fred Lankford, grew up as neighbors with Alec. The band initially formed as a cover band duo with Joseph and Alec but shifted into an acoustic project called The Brook & The Bluff with the other two members joining later on. The name of the band comes from where the band members are from, Mountain Brook and Bluff Park. In 2018, the band officially relocated to Nashville where the band grinded until they found their success, which came fairly quickly as they charted on Spotify’s U.S. and Canada Viral 50 Playlists. Soon after they toured on sold-out shows across the country. In 2019, the band released their debut album FIRST PLACE which continued to fuel their touring success.

Blu DeTiger is a funky indie-pop artist that grew up in Manhattan and is the daughter of sculpture and painter Jonny Detiger. She started playing bass at age seven, taking rock and jazz theory lessons. By the time she hit her teenage years, Blu was taking inspiration from funk artists like Prince and Zapp as well as her mentors such as Steven Wolf who has worked with Alicia Keys and P!NK. She gained a following DJing in New York as she had a reputation of adding her own funky bass grooves to mixes. Other musicians, including Caroline Polacheck, Kitten, and the Knocks, took notice of her talent and took her with them on tours. On her music journey, Blu started turning heads with single releases but really made her mark with a viral video of her playing bass to Meghan Thee Stallion’s “Savage” in 2020. Later that year she released the single “Cotton Candy Lemonade” that made it on her 2021 EP How Did We Get Here?.