We know, it is so sad that these festivals are being canceled. *Insert crying Emoji here.* But as a team, we know that this is what is needed for society right now. The Festival Voice team has thought about compiling a list for you of all the festivals that have been postponed… but then we found one that we thought we would share! 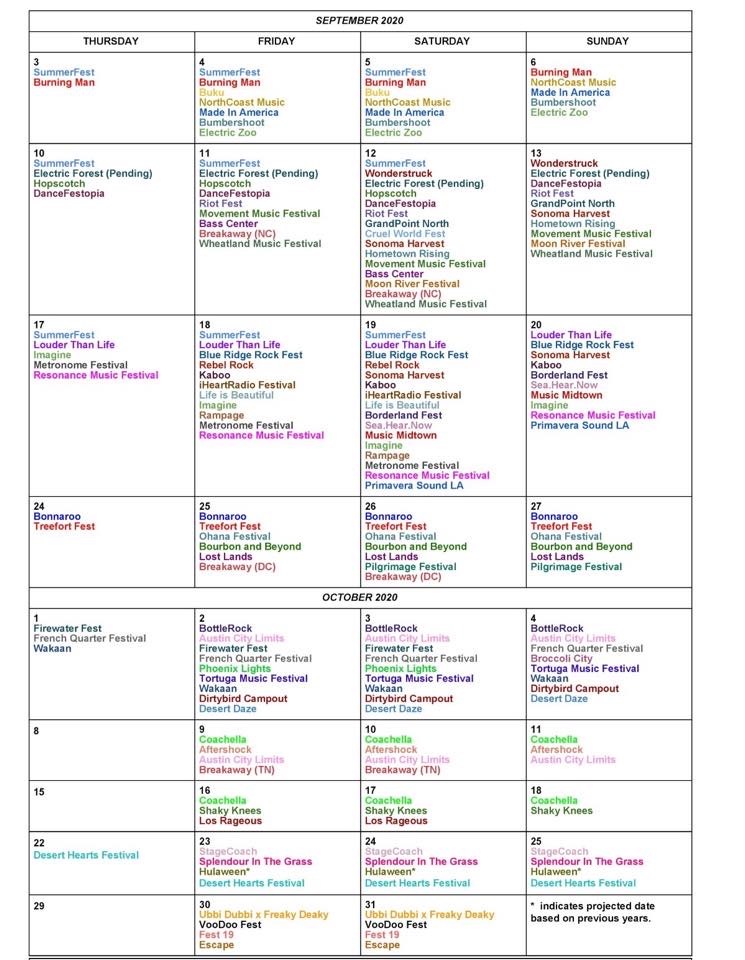 I will tell you, The Festival Voice does not take credit for making this awesome graphic! Credit goes to The Festive Owl and adventuresofry on twitter. They have been updating the post occasionally and we will post it as we see it be updated! A friendly reminder- some of these festivals on this list have yet to be announced. However, a star means that the creators are guessing that these will be the dates based on the previous years’ dates.

EDC Vegas has now been postponed and due to their new dates, Phoenix Lights has also postponed. 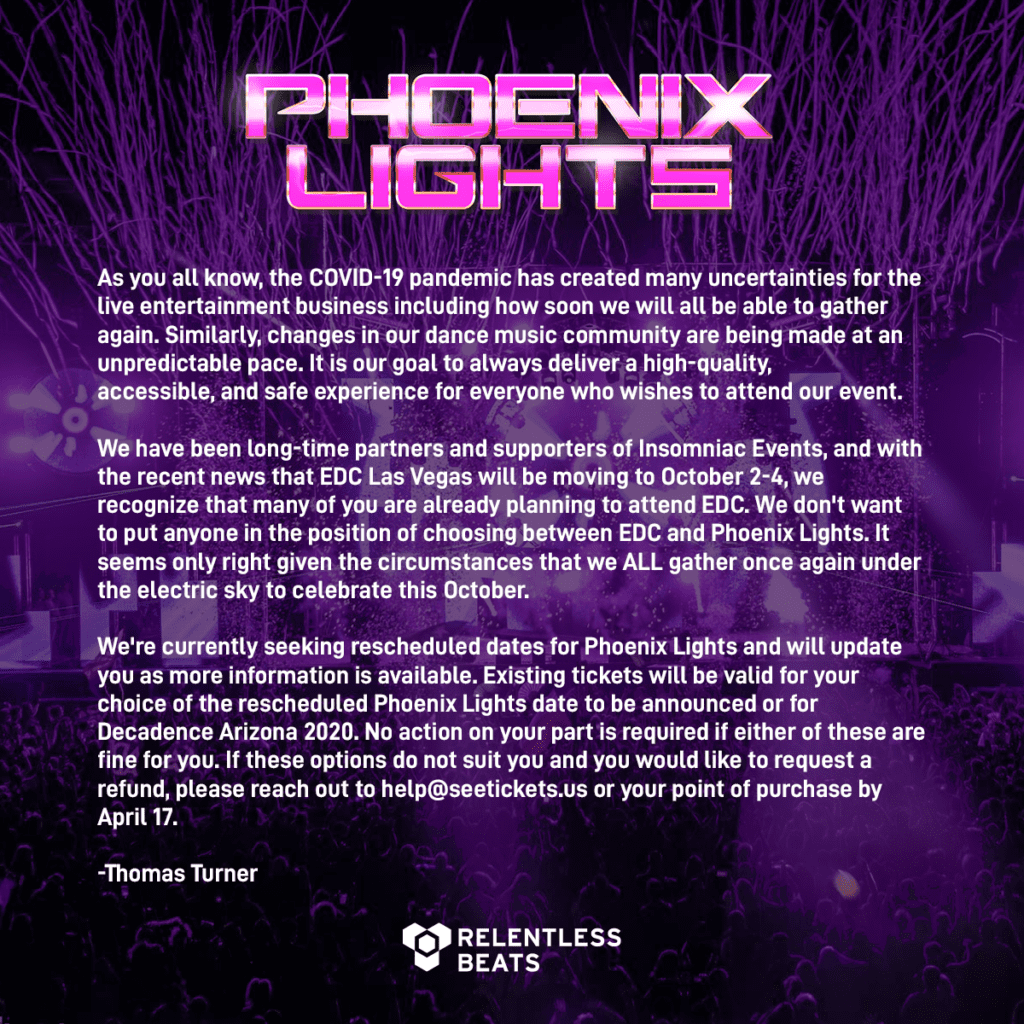 UPDATE: We received word of an awesome website that updates the list of canceled or postponed festivals daily! www.sickfestivals.com is ready to share this information with you!

We Know It Is Sad

What festivals are you planning on hitting up? I know, it’ll be hard because they are all in September and October… but hey! You can have an epic month and do stuff every weekend if you want!