All aboard the hype train for Bonnaroo 2022! Only 128 days until we are all on the Farm again. Today’s Artist of the Day is the one and only Goth Babe. Learn more about the artist below. Don’t forget to check out all of our artist spotlights! 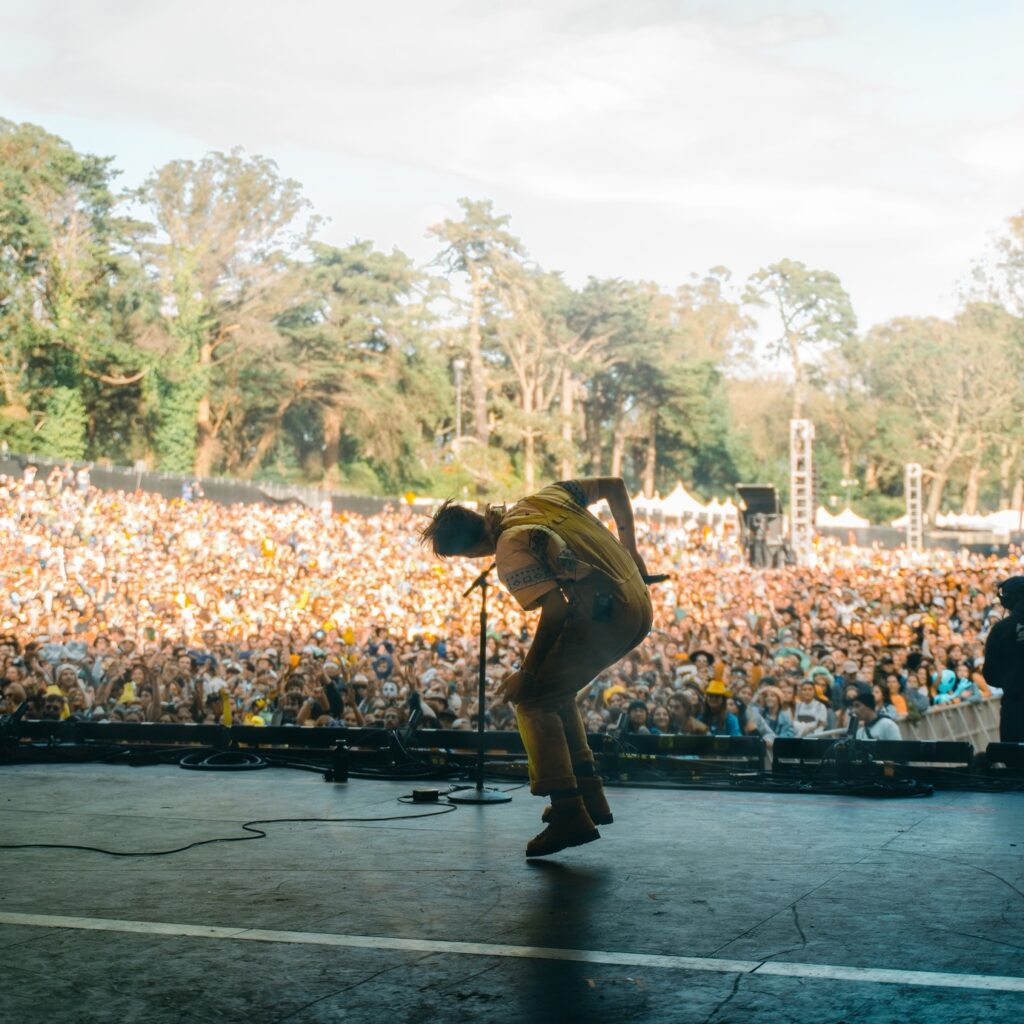 Goth Babe, whose name is Griff Washburn, is a music nomad who roams the U.S. in his custom camper. A Memphis native, he wrote his first recorded material while a student at Middle Tennessee State University that was later tracked at a Nashville studio. He left school a year after to spend more time on his music before making the journey up to Brooklyn where he worked as a model for Calvin Klein. After his brief stint in modeling, Goth Babe headed to Los Angeles where he started to build a following with his music. He then traveled the Pacific Northwest with his dog in his famous camper rig that includes solar power, a wood-burning stove, and a mobile studio to record his music. Eventually, he purchased a plot of land in Oregon that now serves as his home base. He is signed to Ongakubaka Records.