Ready to get your dance on? Look no further than The BPM Festival: Costa Rica, which has officially unveiled its full 2023 lineup and daily schedules in anticipation of its fast-approaching sophomore edition taking place at the end of the month. From Wednesday, January 25th to Sunday, January 29th, the highly-anticipated and globally-renowned festival is slated to make its grand return to the idyllic beaches of Tamarindo, Costa Rica since its debut edition in 2020.  It’s gorgeous, that’s for sure! And the team is ready to bring you 5 days of non-stop entertainment. As a result, BPM Costa Rica reveals 90+ world-class names from the corners of techno and house. Joining the likes of Audiofly, Bedouin, Carl Craig, Danny Tenaglia, Gioli & Assia, Hernán Cattaneo, Stacey Pullen, and many more dance music heavyweights, is Amiti, a special Art Department reunion set with Jonny White and Kenny Glasgow, Boris, Guti (LIVE), Hugel, Joseph Capriati, Pablo Ceballos, Stefano Noferini, and a slew of rising and established artists in the underground dance music spaces. 5-day, 3-day weekend, and single-day tickets are available for purchase now. Join in on the fun! 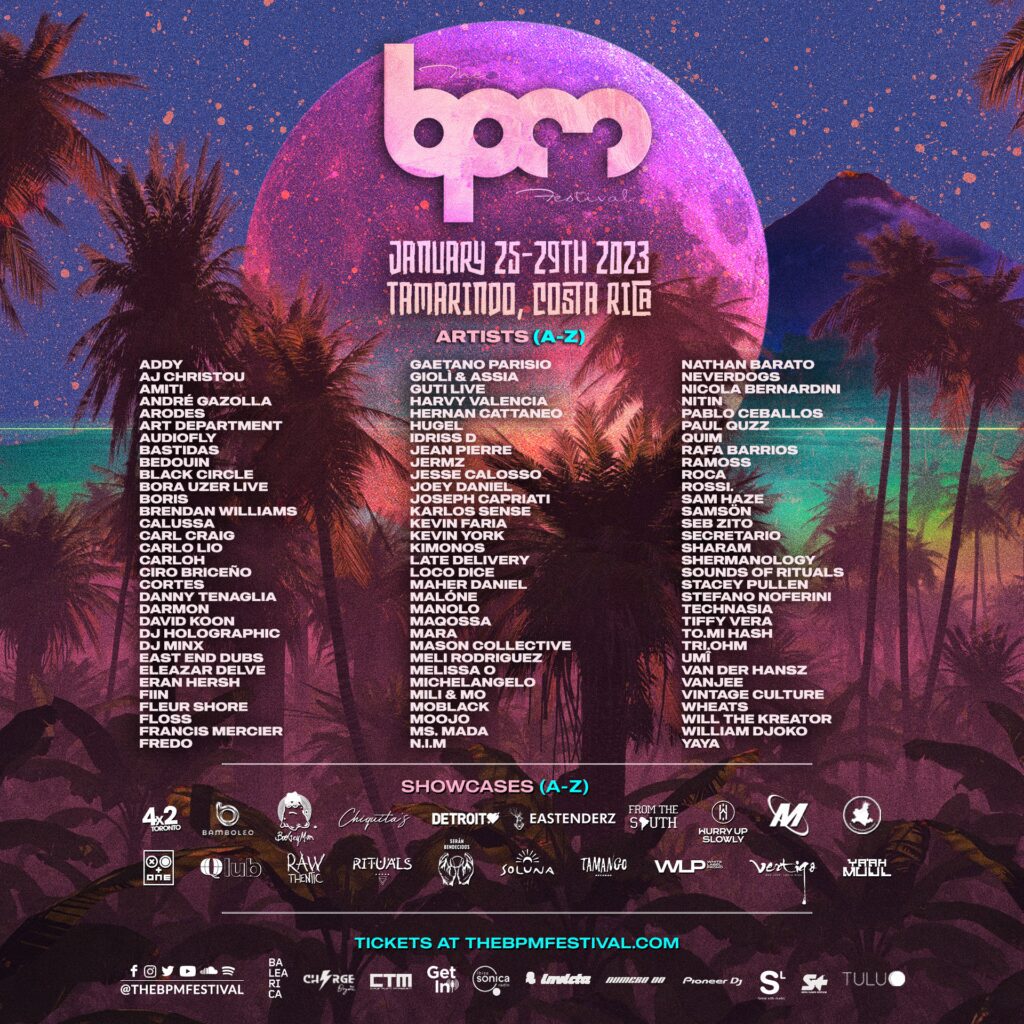 The BPM Festival: Costa Rica is making an huge return with a highly-anticipated weekend of revelry at their flagship spiritual home. In the past, it was a gathering of industry professionals that has grown into a huge destination for music lovers from all over the globe. Despite its growth, BPM makes sure that it maintains its roots. For its next venture, fans can expect their signature decor and cutting-edge production, as well as a few firsts for the illustrious brand. In addition to its stellar phase 1 lineup names, the festival looks forward to welcoming 50+ phase 2 acts to round out the celebration. Phase 2 includes a diverse mix of house and techno virtuosos, including the likes of BPM mainstay Art Department, techno maestros Boris and Joseph Capriati, a live set from Argentine talent Guti, rising Latin House producer Hugel, Spanish tech-house don Pablo Ceballos, Italian electronic music veteran Stefano Noferini, NYC-based DJ Vanjee, and many more.

And there are tons of newly-announced showcases including 4×2 Toronto, Jesse Calosso’s Boogeyman, Carl Craig’s Detroit Love concept, East End Dubs’ Eastenderz, Loco Dice’s Serán Bendecidos, and returning fan-favorite YA’AHH MUUL. Following their successful debut during the inaugural edition of BPM Canada in 2022, Neverdogs’ Bamboleo, Yaya’s Tamango, and Carlo Lio and Nathan Barato’s Rawthentic will be teaming up for a collective showcase that is set to give guests a taste of what each label has to offer. Fast-rising Miami-based experiential event concept Hurry Up Slowly and Toronto-based venue Soluna, both of which also made their BPM debut in Toronto, will be presenting their respective BPM Costa Rica showcases for the very first time. Additionally, the 5-day festival will feature a selection of special showcases that are slated to make their BPM debut, including From The South, a curated takeover from Manchester outfit Mason Collective’s MVSON, and Qlub. 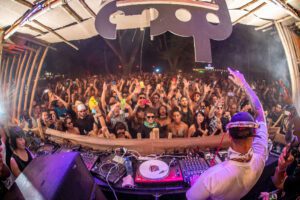 Are you traveling internationally for the event? Costa Rica is open to all visitors. Schedule your flight into Liberia International Airport (LIR), only one hour from Tamarindo by car, or San José International Airport (SJO), located four hours away by car. The BPM Festival has partnered with TULU Travel, offering 4 and 7-night full-service accommodation packages at several hotels situated within the heart of Tamarindo. These are sold separately from festival passes. And you get to choose your own adventure as travelers can still choose between the iconic Hotel Diria, the adults-only Jardin Del Eden, the chic Wyndham, and the Cala Luna; one of the only hotels in Guanacaste that remains green throughout the year. Ranging from $680 to $1655 per person, select packages include roundtrip airport transfers, daily breakfast buffets, yoga classes, and more. Limited packages remain available for reservation at bpmtulu.com. 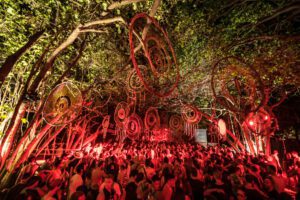 For those looking to attend the sophomore edition of the renowned BPM Festival: Costa Rica, single-day, 3-day weekend, and 5-day passes are available for purchase now via https://bit.ly/BPMCR23.