If you’re a fan of the legendary CRSSD Festival, then FNGRS CRSSD is going to wow you with their next festival! They have just announced the artist lineup for the return of DAY.MVS XL to San Diego’s Waterfront Park this summer. This is going to be epic! The two day city-center festival will touch down at the scenic oceanfront location this August 6 and 7. The festival will be showcasing electronic music’s best and brightest names in a follow up to last summer’s successful DAY.MVS XL festival debut.

The festival is organized by the producers of San Diego’s CRSSD Festival, DAY.MVS XL is a two stage event similarly focused on house, techno, and eclectic live acts. And the location is just gorgeous! The event is set in beautiful Downtown San Diego just steps from the Pacific Ocean. Waterfront Park provides the perfect urban venue complete with picturesque sunset views, splash-friendly fountains, and grassy lawns. 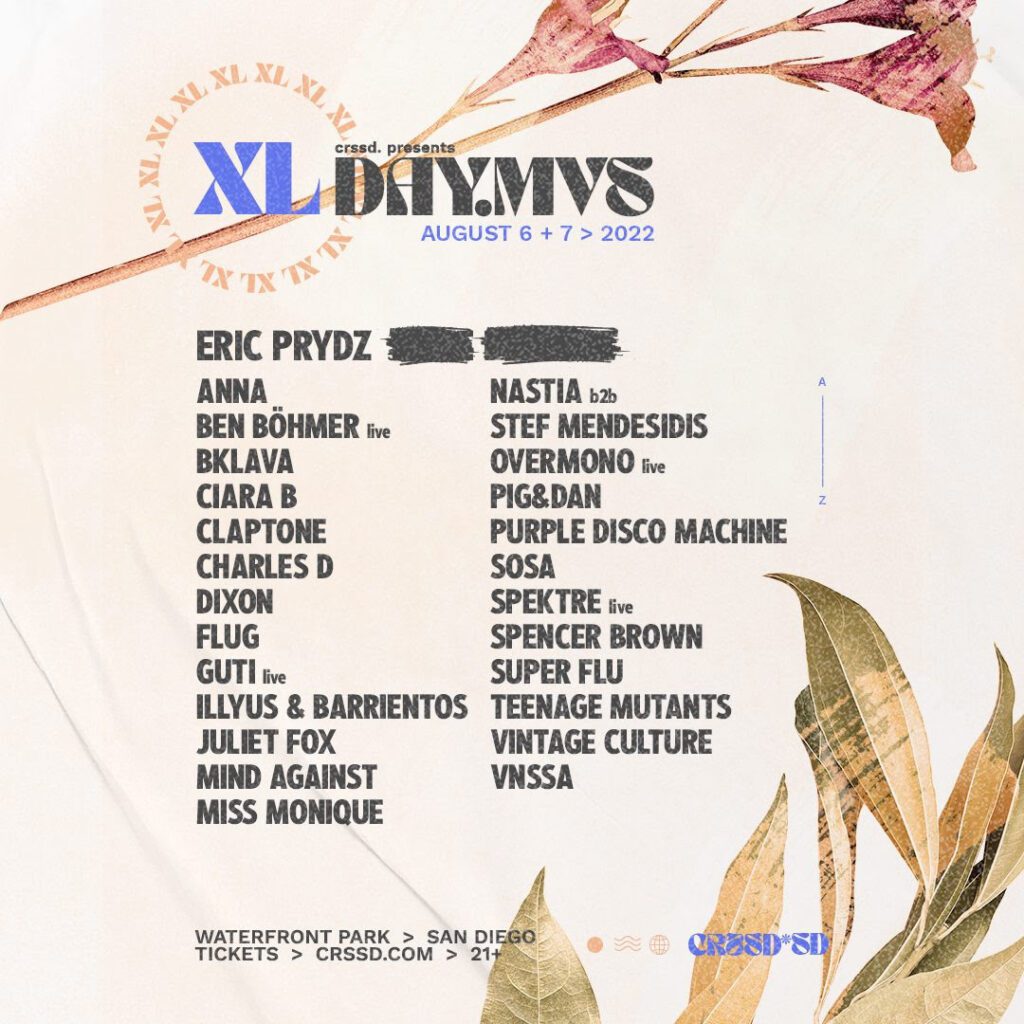 FNGRS CRSSD has been growing bigger every year and they are well known for curating excellent lineups! They strive to include the world’s leading international electronic talent. The team welcomes dance music veterans alongside emerging, forward-thinking talent. This mix makes for the perfect lineup!

DAY.MVS XL is yet another strong representation of this curation.

I mean, have you seen this lineup? It is led by one of dance music’s most influential and celebrated stars, Eric Prydz. Prydz needs no introduction. He will be joined on the bill by marquee names such as Brazilian-born artist and techno heavy hitter ANNA, international masked electronic musician Claptone, South-London vocalist and DJ Bklava, Brazilian icon and worldwide collaborator Vintage Culture, in-demand German disco, and house music producer Purple Disco Machine, and Berlin-based producer and live act Ben Böhmer.

Food and beverage offerings will include food stands, pop-ups from local San Diego faves, local craft beers, tasty cocktails, and more. DAY.MVS XL will also host after-parties across the city in San Diego venues with more names to be announced.

General on-sale begins Wednesday, April 13 at 11AM PST at the link here. This is at 21+ event.