This year is a great year for Illenium fans. He just released his fourth studio album, Fallen Embers with hit songs like Sideways, Hearts on Fire, and Nightlight to great success. Earlier this month he hosted the Illenium Trilogy Show at Allegiant Stadium in Las Vegas as the first public event in the stadium to 65,000 people attending the event. Later this year he will play at Das Energy Festival in Salt Lake City, Electric Zoo in New York, and Life is Beautiful in Las Vegas; as well as hosting a three-day event at the Red Rocks in Colorado. And to top off the year, he will be hosting his own Cancun event, Ember Shores! 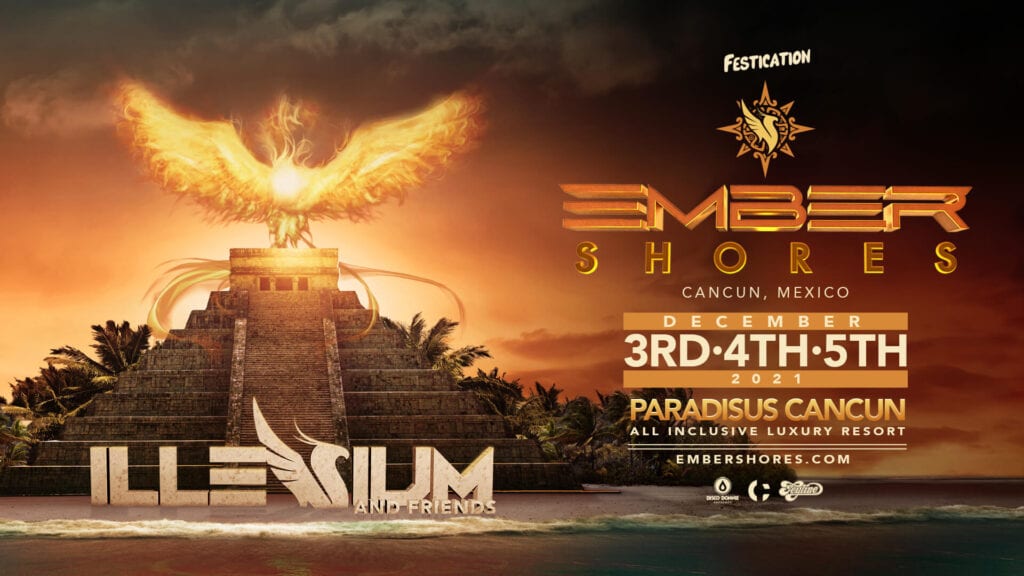 Ember Shores is hosted by Illenium on December 3-5. It is an all-inclusive resort experience with numerous bars, clubs, pools, a golf course, and beaches at the Four Diamond resort in Paradisus Cancun. This event is a paradise for any fan of Illenium

Currently, the lineup is TBA, though Illenium has stated he will have three unique sets, and we should probably expect others he’s known to work with live (Dabin, Said the Sky, Excision, etc) to show up in some capacity.

Sadly, tickets for all packages, including Paradisus Cancun and Marriott Cancun Resort, are currently sold out. But, there is a waitlist for all of them and there are bound to be some cancellations so if are not on the waitlist and want to go, sign up here.

This year I think will be remembered in the EDM scene as the year of Illenium, and I think this event is the perfect way to cap off his year.