We’ve got an interesting and unique one for you today! Joe Downard collaborates with Todd Speakman (of Speakman Sound) to deliver you Seven Japanese Tales- The Remixes. Currently, you can stream this collab on Bandcamp. However, if you are a fan of vinyls, you can purchase the vinyl version! In addition, you get two BONUS tracks with the vinyl! Awesome! In June 2020, Downard released his debut album. As a result, we see the remixes today! The neat thing about this project is that it puts jazz music with electronic music to truly create a new experience for us. 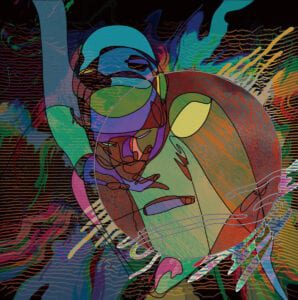 “This project was all about bringing my music to life in a new and experimental way. The combined styles of where we both sit musically was something that I wanted to experiment with. It really creates something unique and exciting with bursts of jazz, experimental, analog and electronics that bring together followers of both Speakman Sound and myself in the corners of the musical world that we represent! Lastly a huge thank you to Arts Council England that have supported this project.” –
Joe Downard

Joe Downard and Todd Speakman really head in a different direction with Seven Japanese Tales- The Remixes. While the two have been friends for quite some time, this long-term collaboration between the two artists recreates tracks from the original album. AGURI and APOS are morphed from jazz hit to smooth underground electronic music. The result? We see a balance between contemporary jazz and electronic sound design. 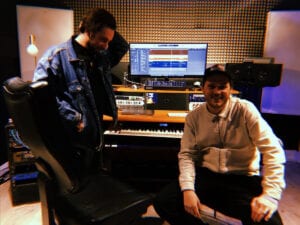 “To collaborate with Joe on taking the album tracks further – twisting them and bringing them into the more electronic world of my Speakman Sound project was an absolute joy! Joe’s ear extends wide and he is always looking to experiment, merge and cross pollinate with new styles and ideas. Sampling up and messing with his stems was a fascinating process” –
Todd Speakman 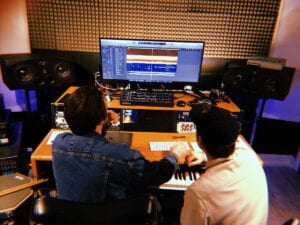 Of course, you’ve got to stay true to the originals when you do a remix. These remixes ensure that they incorporate live acoustic elements of the originals but they get a new life. Analog synthesizers and drum machines are added to the tracks to bring them to life. Burial, Floating Points, Leon Vynehall, and Four Tet provided inspiration for this collaboration. As a result, we see a collaboration that truly reflects both artists. For instance, we see each artist shine through with their own original sound. Seven Japanese Tales- The Remixes brings together two friends and colleagues with 10 years of collaboration experience. 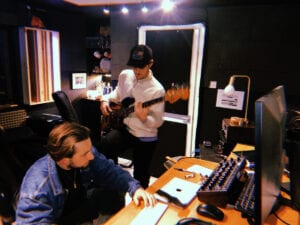 “His evolution has seen him move from this position as a respected session player towards becoming a composer in his own right. The Playing is outstanding.”
★★★★ Jazzwise Magazine

“Seven Japanese Tales is a mesmerising debut from Joe Downard. On this evidence, he has to be one to watch for the future”
★★★★ UK VIBE

“An impressive début from Downard. A highly mature musical statement that establishes his credentials as a composer of considerable ability and imagination”
★★★★ The Jazz Mann

The EP marks the next chapter of collaboration for both Joe Downard and Todd Speakman. A fusion of two genres which is both innovative and exciting, Seven Japanese – THE REMIXES is out now via Ears To Learn With Records.