Happy February 4th everyone! Hope everyone is staying warm out there. I heard it snowed all over the country, even in places like Albuquerque, which never get snow! Surprisingly, it didn’t snow where I’m at which is odd because we always get tons of snow and there wasn’t much this year. Anyway, here’s our weekly roundup feature. Check out the hottest tracks and keep it tuned into The Festival Voice! 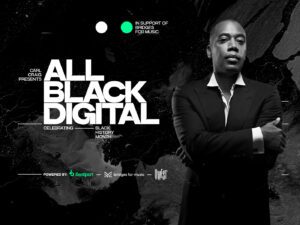 12-DATE U.S. MAJOR MARKET TOUR
FEATURING NIGHTTIME CLUB SHOWS & DAYTIME WORKSHOPS
WITH LP GIOBBI
Only about 2% of producers are non-male. FEMME HOUSE–a non-profit educational platform that seeks to create equitable opportunities for women and other marginalized gender expressions in the technical areas of music creation–is taking action for change this February, March and April. The FEMME HOUSE TAKEOVER TOUR with headliner LP Giobbi will present a unique experience with club shows by night and music workshops by day. Tickets for all club shows go on sale this Friday, February 4 at smarturl.it/FemmeHouseTour with the artist presale launching tomorrow, February 1, the Spotify Fans First pre-sale February 2 and the promoter presale February 3. Information on how to register for the Femme House workshops will be made available soon. 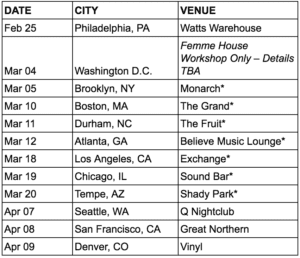 There seems to be no halting the insurmountable creative force that drives Innellea. From his early beginnings in the blossoming scene of underground melodic techno to the apex of avant-garde electronica where he now resides, the globally renowned German producer, live act and pioneering visionary continues to push the envelop in each and every aspect of his flourishing career, maintaining an acute level of integrity and innovation across everything he does. 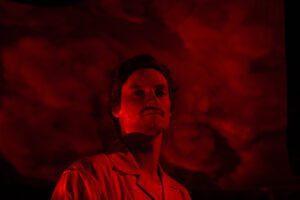 Above & Beyond- Almost Home The Remixes

‘Almost Home’ was released in September 2021, arriving just in time for their Group Therapy 450 milestone show at The Drumsheds London. ‘Almost Home’ has been on frequent rotation across SiriusXM BPM and iHeart Evolution and has been supported by the likes of The Chainsmokers, Armin van Buuren, and Oliver Heldens.
This latest package combines A&B’s original and deep mixes of ‘Almost Home’ with new reworks from MitiS and Ashibah.
Stream HERE 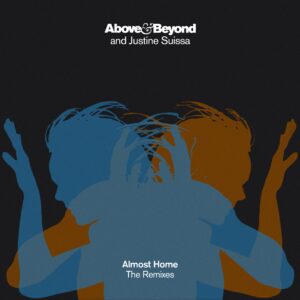 Kavinsky is sharing his new single, “Zenith.” Greatly inspired by cinema, the acclaimed French producer envisioned “Zenith” as the sequel to his breakthrough hit, “Nightcall.” Muted and futuristic, the new song reveals Kavinsky’s romantic side. Like “Nightcall,” it’s a duet between man and a woman. Yet with “Zenith,” he flips the script, featuring the female character, Prudence (formerly of the duo The Dø), on the verses while Morgan Phalen (who sang with Justice and is the vocalist of Diamond Nights) takes the choruses, playing the male lead. A soulful, sensuous saxophone adds a distinctive third voice as the song plays out. 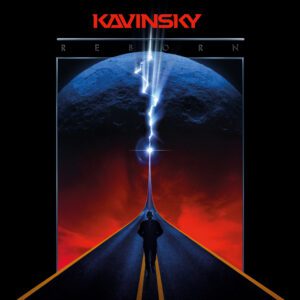 Blame My Youth- Dance With My Demons

After a trio of Danny Wimmer Presents festival appearances announcing their arrival as a band last fall, Los Angeles-based rock band Blame My Youth is kicking off 2022 with the release of its debut EP, Dance With My Demons, via Big Loud Rock. Out now, Dance With My Demons showcases a rebellious mix of frontman Sean Van Vleet’s complex emotional lyricism and unforgettable hooks, with each track further solidifying why many believe the two-year-old band is set to be one of 2022’s breakout artists. 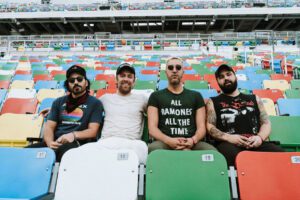 The Private Language, an immersive and offbeat artist duo made up of celebrated musician and singer Blake Lewis and KJ Sawka of Pendulum, are pleased to share their first release of the year “Afterglow.”
With this smooth and evocative single, the project continues down a path of merging cutting edge electropop, future funk and indie sounds. The music video for “Afterglow” gives fans a look into the live performance that the guys have been working hard on – the duo performs with Blake on vocals, keyboards and programming, and KJ on drums, percussion and bass, of course with their signature eye and face adornments.
Stream HERE 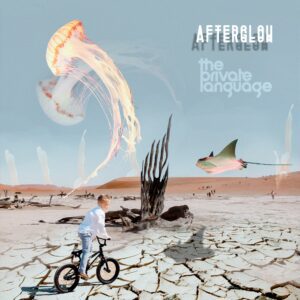 Cyran- Figure You Out

We all need a bit more summer in our lives, and Cyran brings those easy – going moods like a human sunbeam. After promising to ‘Take You Where It’s Sunny’, ‘Forever Far Away’ it’s time for Cyran to ‘Figure You Out’!
Boasting a distinctive take on future pop and a bright spirit, it’s no wonder he’s won millions of fans online with his super-entertaining keyboard jams. Turning his talents to singing and songwriting, he fits all the twists and turns of a holiday into shiny pop gems. This one will make you feel all the excitement and yearning of a summer fling, ending with the sort of memories you know will stick around.
Stream HERE

Riot Ten & BERNZIKIAL team up on the energy-bending single “GAWT DAT,” layering aggressive vocal chops with their infectious experimental bass.
“GAWT DAT” opens with a pulsating drum beat and a clean build into a hypnotizing first drop of high frequencies and percussive textures. The drop evolves with each count into a rhythmic breakdown of electrifying instrumentals. Then, you have just a brief moment to collect yourself and prepare for what’s next. The second build takes you into an exhilarating drop of heavy-hitting bass and an explosion of lasers and effects.
Stream HERE

Following his rowdy contribution of “Monkey Dance” on Disciple Records’ Alliance Vol. 7, Infekt is back full out in 2022 with his Breakout EP, out now on Disciple. 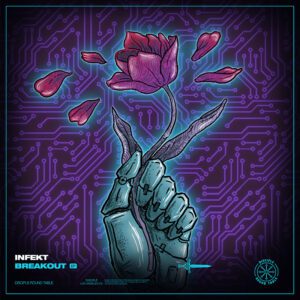 A relatable “It’s a side effect of love to want it all…” builds the top line as an affecting ethos that is elevated through melodic electronica, house beats, UV lights, dancing and vocal sensuality. Taking an in-depth sonic and visual exploration that proves perfect for the dancefloor & airwaves alike, ‘Side Effect’ is set to continue the pair on their myriad of successes. 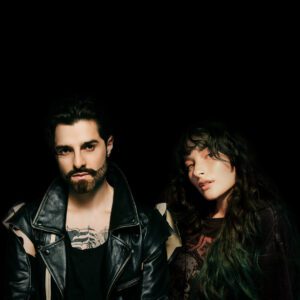 Hailing from Halifax, Canada, Cloverdale is best defined as high octane tech house. Known for blending pristine production with classic four-on-the-floor grooves, Cloverdale is bringing fresh new takes to the world of house music through each exciting release. The talented curator now takes to hau5trap for his “Hit The Dancefloor,” available on all platforms Friday, February 4. 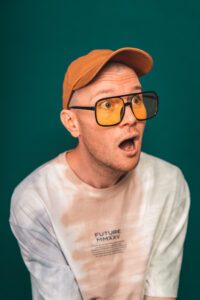 I Speak Machine- The Metal of My Hell

I Speak Machine, the experimental music act and audio-visual project of musician Tara Busch, is excited to announce the Friday, April 22 release of their brand new full-length album, WAR (pre-order). Created with filmmaker and collaborator Maf Lewis and co-produced with Dean Honer (Roísín Murphy, Add N To (X)), WAR is a collection of Busch’s most visceral, confrontational and honest music yet. 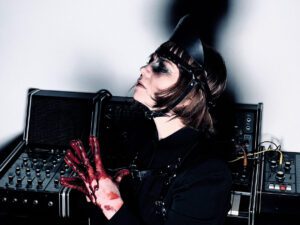 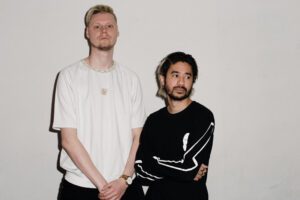 After kicking the year off with his angsty, pop-punk-inspired single “find u.”, electronic-pop maestro Conro returned to Monstercat today with his meaningful new single, “feeling.” Arriving as the second chapter in his new sonic journey, the melancholic single speaks to his recent efforts to understand and accept his feelings. The live acoustic guitar perfectly complements Conro’s emotive vocals, culminating in a beautiful melody that spotlights his skills as a respected singer-songwriter. With its gentle, uplifting energy, “feeling” is an open invitation to the inner workings of Conro’s path towards self-acceptance. 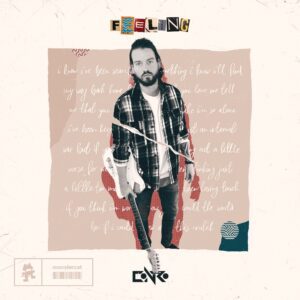 Renowned drum and bass producer MUZZ made his highly anticipated return to Monstercat today, sharing impressive VIP reworks of his 2020 album single “Catharsis” with Koven, and his 2016 EP single, “Children of Hell.” This double release arrives ahead of a full album of reimagined favourites, launching on Monstercat later this year. Staying true to his signature hard-hitting sound, the VIPs feature resounding basses, cinematic drums, and energetic synths. The euphoric melodies and bright chord stabs in “Catharsis X” mix perfectly with Koven’s powerful vocals, transforming the original emotive soundscape into a high-octane adrenaline rush. Championing the next generation of drum and bass tastemakers, the reworks are a testament to the resounding impact artists like MUZZ and Koven have on the ever-evolving scene. 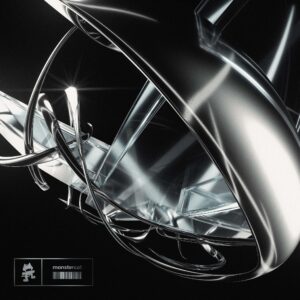 Montserrat House and Eric Hilton, one-half of the pioneering electronic duo Thievery Corporation, are pleased to present his brand new digital single, “Artifact 22.” The first in a series of planned singles that cross different genres, tempos and sounds — “outlier” tracks that don’t exactly fit within Hilton’s typical album-based context — “Artifact 22” is a driving track that aligns itself with those classic and elegant Thievery albums of years past. 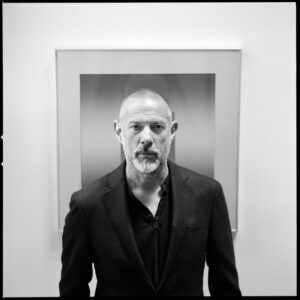 GRiZ & CloZee- Color of Your Soul

Today, multi-instrumentalist and producer GRiZ has teamed up with French producer CloZee on “Color of Your Soul,” the much anticipated collaboration between two long time friends, and fans, of one another. 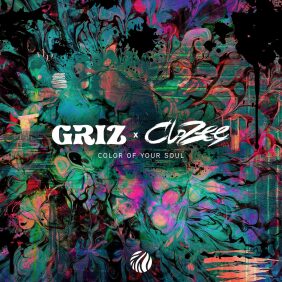 Payback Records is pleased to present its first release of 2022: David Solomon’s “Heatwave,”
featuring Robbie Jay.
With a groovy beat and smooth vocals from Robbie Jay, “Heatwave” is a warm slice of piano house that showcases Solomon’s clean and streamlined production. “Heatwave” encapsulates David’s evolution as a producer, as he continues to incorporate new musical influences—in this case, a funkier, UK-influenced sound.
Stream HERE 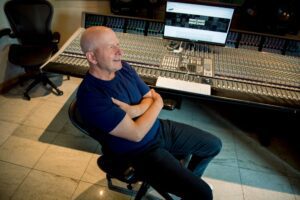 Jax Jones- Where Did You Go?

GRAMMY® and BRIT-nominated producer/DJ/multi-instrumentalist Jax Jones reunites with GRAMMY-nominated singer-songwriter MNEK on the euphoric banger “Where Did You Go?” Paying tribute to the iconic genre Eurodance – which originated in the late 1980s and reflected a collective desire to have fun, party and be happy after a period of strife in Europe – “Where Did You Go?” reflects a similar mood for the world in 2022, with people desperate to feel joyous again and be able to celebrate with unity + togetherness. MNEK’s emotional vocals tell a poignant tale of a search for the partner that inexplicably left him alone on the dancefloor as Jax conjures up an indelible hook that’s every bit as mesmerizing as the one that got away. MNEK featured alongside Mike Dunn on one of Jax’s earliest hits, 2016’s “House Work,” and they’ve since written numerous songs together. 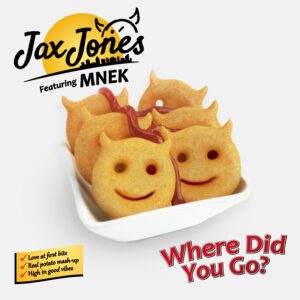 Returning after the recent release of the cover art for his highly-anticipated ‘Arrival’ EP, established force NURKO continues to unveil what he has in store with emotive new single ‘Lost Without You’. The second single off the forthcoming EP sees NURKO collaborating with well-known duo Crystal Skies and singer/songwriter KnownAsNat. With NURKO’s  upcoming ‘Arrival’ U.S.A. tour set to kick off on March 10th in Portland, Oregon, the new release keeps fans on their toes for his biggest year-to-date. ‘Lost Without You’ is now available to stream across all platforms via Proximity. 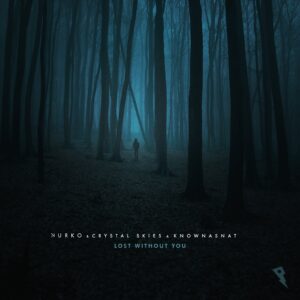 ‘Zanzara’ is the second single release of KAIOS on STMPD RCRDS, following the duo’s official hit remix of ‘Fire’. Wanting to create a dark, fast-paced and highly emotional melodic techno track that would be perfect for festivals and big crowds, ‘Zanzara’ marks the return of KAIOS to their roots of true melodic techno with a powerful drum beat and highly emotive breakdowns. Written in Mexico in March 2021, the duo was greatly inspired by the work of artists such as Stephan Bodzin and Tale of Us, but also epic film scores such as Chariots of Fire. 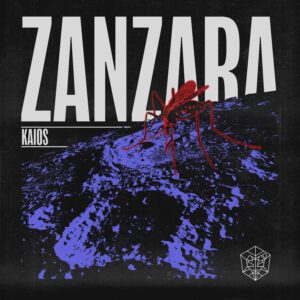 Swami John Reis- Do You Still Want To Make Out?

Swami Records and punk veteran Swami John Reis are excited to announce the Friday, February 18 digital release of Ride The Wild Night, Reis’ long-awaited debut solo album. Ride The Wild Night is neither completely similar nor dissimilar to Reis’ previous bands (Hot Snakes, Night Marchers, The Sultans, Rocket From The Crypt, Drive Like Jehu), yet the sound is immediately familiar and assuring — like an old friend you lost touch with that comes back into your life only to ask to borrow money. The music is an amalgam of Sixties folk-punk, Seventies punk-punk and pre-Vietnam War rock ’n’ roll, filtered through Reis’ unregistered, trademark sensibilities. 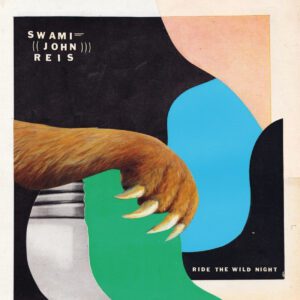