The funkiest producer in all of EDM, Griz, brings back GRiZMAS for its 7th annual show. Returning to The Masonic Temple in his hometown of Detroit after last year’s digital-only event, GRIZMAS is looking to be the funkiest it has been yet. Playing from December 10-12 2021, he will be playing all 3 nights with support from The Sponges and Kilamanzego on the 10th; Level Up and Size on the 11th; and Jantsen and Veil on the 12th. With Griz’s newly released LP Rainbow Brain, expect some amazing sets from the album along with his classics and some unreleased material. 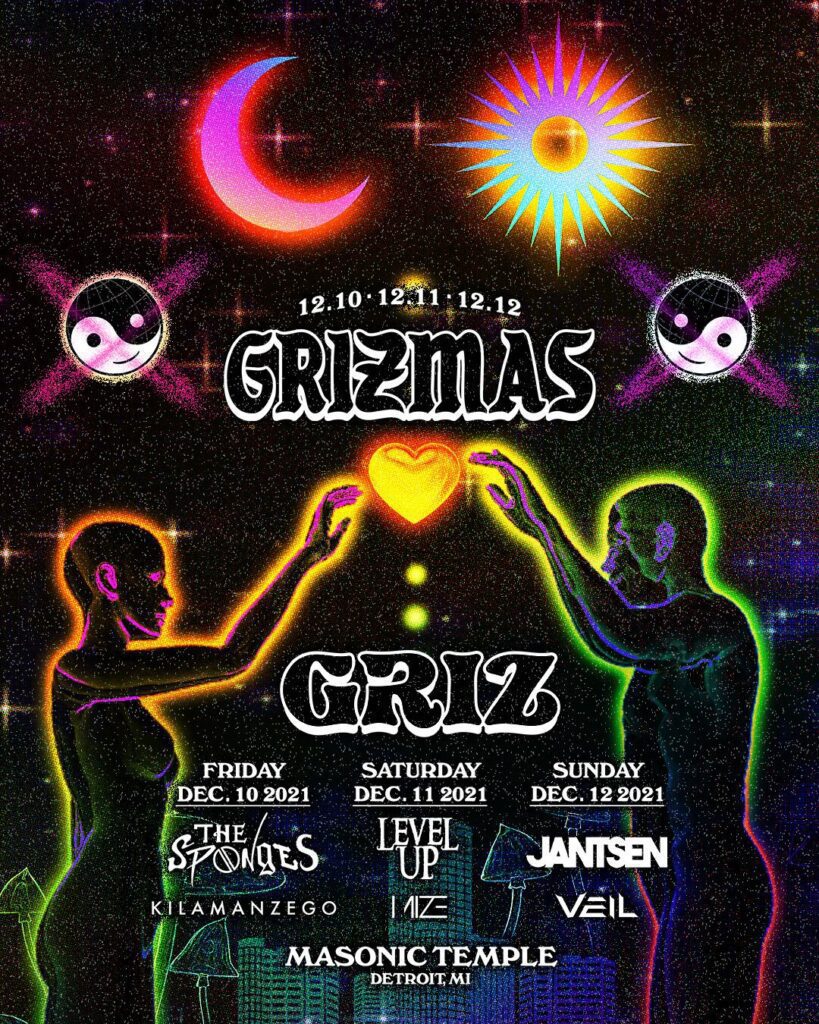 GRIZMAS has become a holiday stable of Detriot with the event and the artist himself being for charitable contributions. In the last 2 years, his “12 Days of GRIZMAS” series has raised over $200,000 for local Detriot communities. All proceeds from this event will benefit the nonprofit organization Seven Mile.

If have tried to get tickets to any other of Griz’s recent shows, including his Red Rocks show or his Space Camp show, then you know how quickly sells out for these events. Pre-sale tickets just went live today and can get them here. You don’t want to miss out on a chance to see EDM’s funkiest DJ, trust me on that. See you in Detroit!