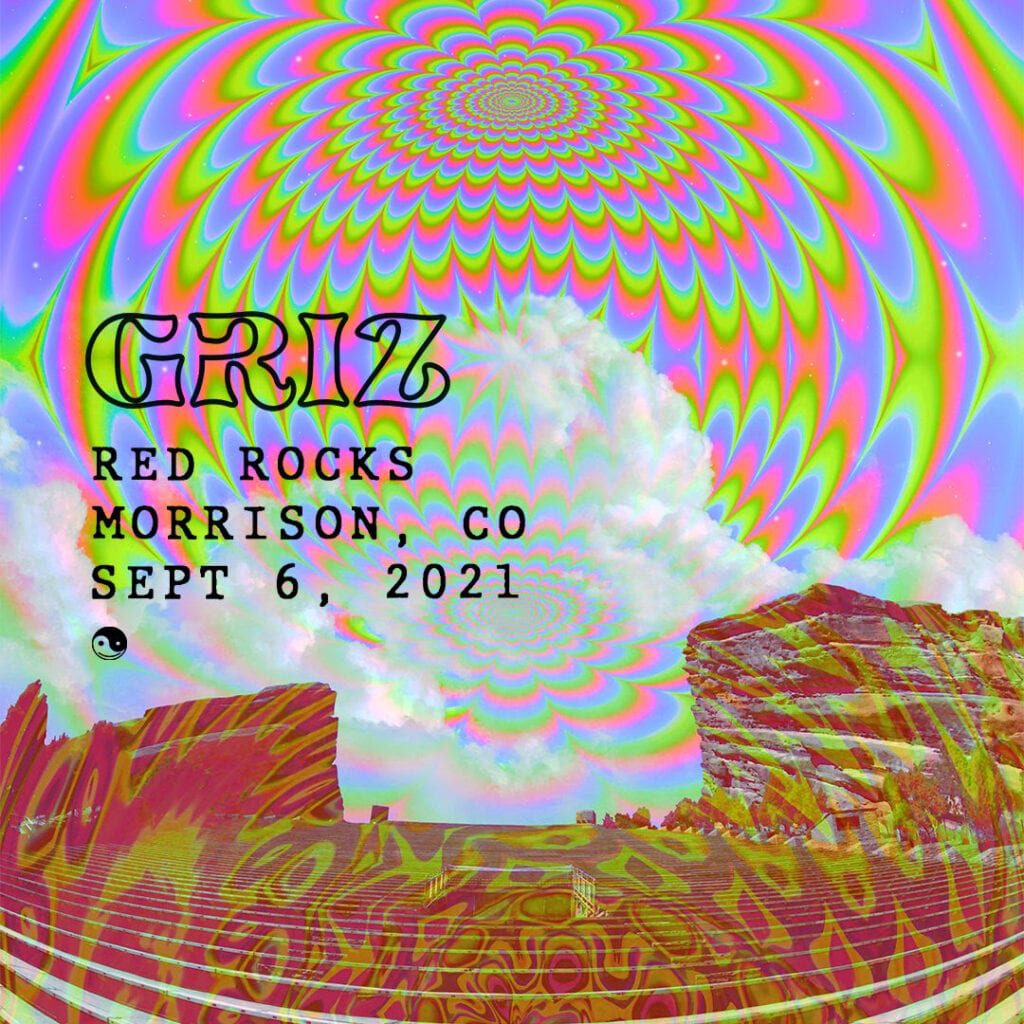 GRiZ fans have been left to wonder what’s coming next from the leading producer following a string of early 2021 collaborations from Elohim to Ganja White Night! This is in addition to his three larger-than-life solo tracks, ‘Tie-Dye Sky’, ‘Vibe Check’ and ‘Astro Funk’. GRiZ can truly do it all! He effortlessly jumps between genres and styles. This is all in addition to evolving his own sound at every turn. As a result, this makes him one of the most exciting artists in the space; a surefire ringleader of the Red Rocks party of the year.

If you’ve been paying attention to his recent show announcements turned sell-outs you’ll know that Red Rocks tickets won’t last long! You honestly had better grab them ASAP! From the ‘GRiZMAS In July’ double-header at the Riverfront Park Amphitheater in Wilmington, North Carolina to Space Camp at Virginia’s Hampton Coliseum and ‘Another World’ at Denver’s 1st Bank Center, it’s clear the appetite for GRiZ’s high energy, funk-driven sonics is as strong as ever. Grab the tickets HERE!