Ready to get funky with GRiZ? Well, get ready to groove because he has just announced the return of his Another World event! This two-day event will take you to a new dimension at the 1STBANK Center in Broomfield, Colorado on October 28th and 29th. 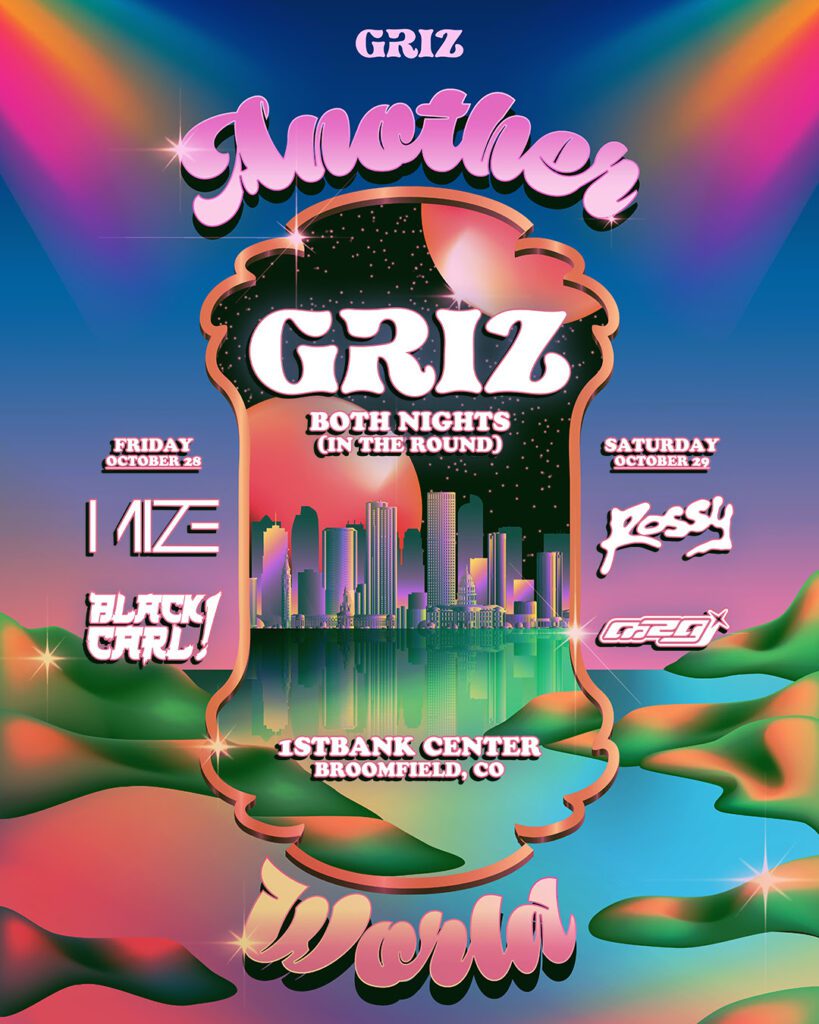 This year’s edition is on another level! The immersive Another World experience will have GRiZ performing sets “In the Round” over Halloween weekend. Kick off the start of Halloween on Friday, October 28th with experimental bass musician MIZE and rising Alabama-based bass DJ Black Carl!. The party doesn’t stop there because on Saturday, October 29th, you’ll be getting down to female trap producer Rossy, Denver-based twin DJ duo MZG, and headline performances by GRiZ both nights.

GRiZ keeps showing up that he’s here to stay with some remarkable milestones in the past few years. He has sold out In the past year, GRiZ has accomplished remarkable new milestones including selling out ‘Space Camp’ at Virginia’s 11,000-capacity Hampton Coliseum and ‘GRiZMAS’ at Detroit’s 4,800-capacity Masonic Temple. Tickets tend to go fast for GRiZ events, so grab them ASAP! 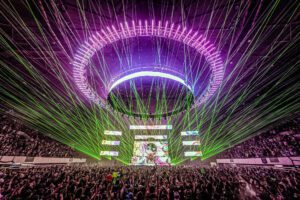 Safety is of utmost importance to GRiZ and as a result, he works with the harm prevention and drug safety program the Harmony Project created in partnership with Dance Safe and Good Night Out Vancouver, which debuted last month at ‘GRiZMAS In July’. The Harmony Project aligns with GRiZ’s mission to spread positivity on and off the dance floor.

The party doesn’t end when Halloween hits. You can check out GRiZ at so many events throughout the remainder fo the 22022 festival season such as Breakaway Music Festival, ILLfest, Riverside Festival, Same Same But Different Festival, Imagine Music Festival, and Dusk Music Festival. ‘Another World’ marks GRiZ’s fourth event of the year, following ‘GRiZMAS In July’. Additional upcoming events this year include the debut of ‘Triple Rainbow’ at Alpine Valley Music Theater on September 16th and 17th, and return of ‘Space Camp’ at Hampton Coliseum on December 16th and 17th.