Happy October 16th everybody! Who is checking out shows this weekend? I’m super excited to check out Conrank and Hydraulix in Iowa City this weekend. It’s going to be a killer night! Keep it with The Festival Voice for your latest music news!

DESTRUCTO (aka Gary Richards) has released “Shine On,” a new single featuring vocals from four-time platinum Canadian artist Harm Franklin and DESTRUCTO himself. For the song—inspired by Richards’ late brother Steven “Rocker” Richards founder of No Name Worldwide, visionary manager behind metal legends Slipknot, Mudvayne, and dozens of other great artists who passed away from brain cancer in 2004—is a future classic house anthem reminding us that a brighter day lies ahead.

Above & Beyond share their Deep Mix of ‘Almost Home,’ their most recent single and first joint effort in over four years with long-time collaborator Justine Suissa.
‘Almost Home’ was Above & Beyond’s first club track of 2021, arriving just in time for their Group Therapy 450 milestone show at The Drumsheds London in early September. The trio premiered their deep mix of ‘Almost Home’ in their warm-up set for Group Therapy 450, recorded in Hackney Canal, London. Group Therapy 450 was Above & Beyond’s first headline show in over a year, with the band performing to 10,000 fans in person, plus tens of thousands more online. Both sets have been uploaded to YouTube, racking up nearly a million views in less than a month.
Stream HERE 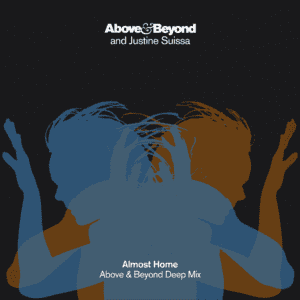 Qrion releases her electrifying new single ‘Proud’, taken from her upcoming debut album ‘I Hope It Lasts Forever, which lands October 29 via Anjunadeep.
A spicy club anthem, ’Proud’ is the third single to come from Qrion’s debut album. Featuring an elated vocal hook sampled from Deniece Williams’ rendition of The Impression’s single ‘I’m So Proud’ on an addictive four-to-the-floor rhythm, ‘Proud’ evokes that true hands-in-the-air feeling. The track joins an acclaimed catalog supported by the likes of Danny Howard at BBC Radio 1 and Jason Bentley at KCRW, as well as prolific producers such as TSHA, Moon Boots, Lane 8, The Aston Shuffle, 3LAU, and Gorgon City.
Stream HERE 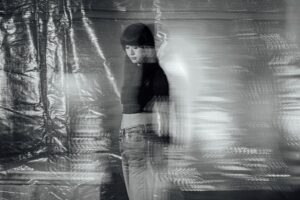 After two years of global uncertainty, ‘Gouldian Finch 4’ serves as an uplifting collection of heartfelt and personal tracks from artists across the world. The label has built up anticipation for the release of the compilation by releasing a handful of the singles ahead of the October 15th release date. The previously-released singles included tracks from Golden Vessel & rei so la, Duskus, Tails, Dot, Couros, and more. Each track offers a refreshingly distinct soundscape, a feat that bitbird has built its brand around. 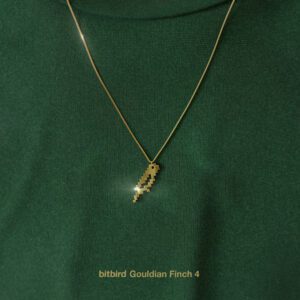 A pioneer at the cross-section of music and blockchain, 3LAU (a.k.a Justin Blau) delivers his new single, ‘Worst Case ft. CXLOE,’ out now on Blume Recordings.
‘Worst Case’ showcases the housier side of 3LAU’s repertoire and features breathy and beautiful vocals from CXLOE. With a bouncing bassline and tropical undertones, ‘Worst Case’ is perfect for the fall festival season dancefloors.
‘Worst Case’ is especially notable in that 3LAU’s giving away 50 percent of his song’s
streaming revenue ownership to 333 fans via Royal — a platform founded by 3LAU where fans can buy ownership in songs directly from their favorite artists and earn royalties with them.
Stream HERE 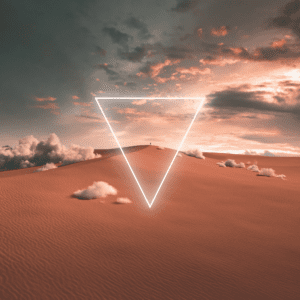 International DJ and producer Claptone today releases ‘Right Into You’ from his upcoming album. Another collaborative effort that this time sees the enigmatic character link up with DJ & Producer Like Mike alongside Indie electronic act Mansionair, released via Different Recordings. 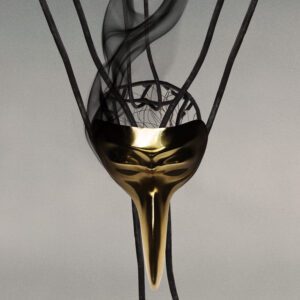 Vancouver-based electronic producer Tor returns following the April release of his most recent album Oasis Sky with a rework of his atmospheric single ‘Lens,’ courtesy of the esteemed English producer O’Flynn. The remix serves as the second release off of Tor’s forthcoming remix LP of Oasis Sky, featuring exclusive remixes from the likes of Catching Flies, Fejká, Aparde, and more. Oasis Sky has seen well over 6,000,000 streams across platforms, and widespread international radio play from BBC Radio 1, NPR, Sirius XM Chill, and KCRW, not to mention editorial support from LA Weekly, Dancing Astronaut, EARMILK, and more. O’Flynn’s ‘Lens’ remix is out now across all streaming platforms via Tor’s own imprint, Eleuthera, and precedes the release of the Oasis Sky Remix LP, out early 2022. 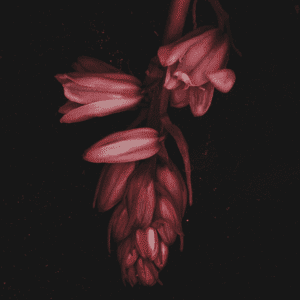 After releasing enchanting lead singles including “Drown“ ft. Mokita, “When This Is Over” with Nurko ft. Donovan Woods, and “Feel Like” ft. Cappa, Dabin unveils his third studio album, Between Broken. Available worldwide on Friday, October 15, Dabin’s Between Broken features 13 tracks, and serves as the long-awaited follow-up to his critically acclaimed 2019 LP Wild Youth. 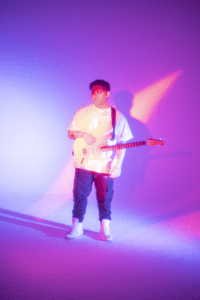 Written over lockdown, this is Matoma’s second release in 2021 following ‘Summer Feeling’ and ‘Good Vibes’ with Hrvy. Demonstrating why collaborations bring us such unique releases here we have the perfect hybrid of Matoma’s uplifting production vibes and Steve Garrigan’s melancholy and yearning vocal style. With the diverse influences coming together to deliver a perfectly produced pop dance track providing the space for Garrigan’s heart felt words to take center-stage before introducing classic piano house keys, twisted trumpets, and ‘80s synth stabs. 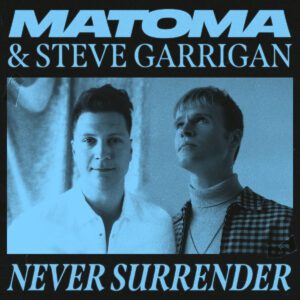 American music maker Chakourah (Alecia Chakour) is pleased to announce the Friday, October 29 release of her brand new six-song EP, lotusland. (pre-order, pre-save HERE). Best known for her collaborations, Chakourah is a celebrated vocalist, percussionist and arranger who connects and uplifts artists across genres and generations. Co-produced alongside her brother, multi-instrumentalist Alex Chakour (Charles Bradley & His Extraordinaires, Brittany Howard), the Chakour siblings carve out their own unique fantasy world of “R&B-laced, cinematic Arab-Americana” on lotusland. As a member of the 12-piece rock & soul circus that is the Tedeschi Trucks Band, Chakour takes the lead as writer, producer and frontwoman on lotusland—her first completed solo project in over a decade and the first in an emerging series of new work. 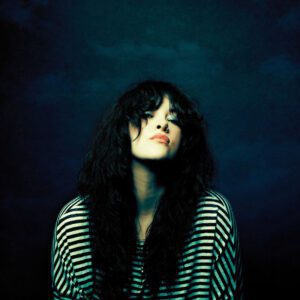 LA-based DJ-turned-producer Sklyer Madison made her Monstercat debut today with her fiery new single, “Phoenix (feat. GLNNA).” Drawing inspiration from trap, future bass, and hip hop, Skyler has carved a niche for herself in the electronic space with her unique “future-trap” style. Nestled atop the rich bassline and warm chord stacks, GLNNA’s beautiful vocals tell a story of rebirth and perseverance, capturing Skyler’s emotions during a toxic period in her life. Akin to the fabled bird that rises from its own ashes,  “Phoenix” carries a powerful message that anyone can find the strength to start over and transform the next chapter of their story. 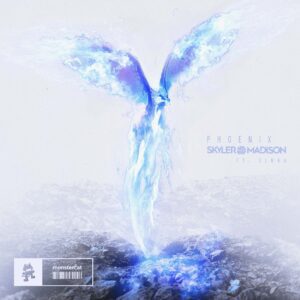 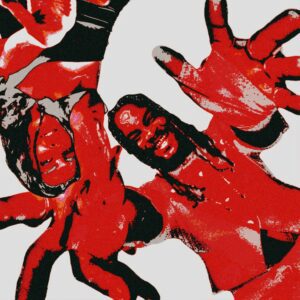 Rising Korean-American sensation SOHMI shows us why she’s commanding our attention right now with the launch of her DIY label, Permission. Kicking off with the first release is her own single ‘Time’ – a minimal tech cut that envisions a 90’s Detroit techno-esque dreamscape brushed with a modern sheen. 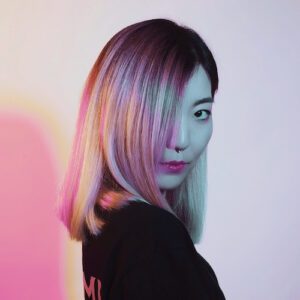 Processed with VSCO with s1 preset

AREA21- Own the Night

AREA21 have revealed the cover art for their debut album “Greatest Hits Volume 1” due out November 12.  In addition, the CD pre-sale link for the album is now live at AREA21’s official merch store HERE.

Simultaneously, AREA21 also released the track + video “Own The Night” – the latest in a series of music and visual releases detailing the adventures of alien travelers, M & M, and leading up to their debut album due out November 12. 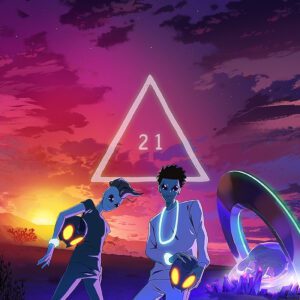 Bart B More is back with a brand new banger G.I.R.L.S that will get you right in the party mood. Being ready to get back to partying, Bart used that as inspiration to create this fun track that’s celebrating female energy.

Posted in Press Release and tagged 3LAU, Above & Beyond, Anna Lunoe, AREA21, Bart B More, Claptone, Couros, CXLOE, Dabin, Destructo, Dot, Duskus, Genesis Owusu, GLNNA, Golden Vessel & rei so la, Justine Suissa, Like Mike, Maejor, Mansionair, Martin Garrix, Matoma, Moss Kena, O'Flynn, Qrion, San Holo, Skyler Madison, Sohmi, Steve Garrigan, Tails, Toby Romeo, Tor
← Ready to Party?!?!? EDC Las Vegas Week!Who’s Ready to Lose Their Head at Escape?! →
Don’t forget to follow The Festival Voice for all of your electronic music and festival news!
Instagram: @TheFestivalVoice
Facebook: @TheFestivalVoice
Twitter: @thefestvoice
Snapchat: @thefestvoice
YouTube: TheFestivalVoice
We use cookies to ensure that we give you the best experience on our website. If you continue to use this site we will assume that you are happy with us eating these cookies.OkLearn more