I am BUZZING after this weekend in Golden Gate Park. Outside Lands was flawless in every way possible, from logistics to musical performances to hidden gems to the overall vibe of the crowd. As far as multi genre fests go, OSL is a force to be reckoned with. The lineup was ICONIC and Another Planet (the creators of outside lands) really know what they are doing. 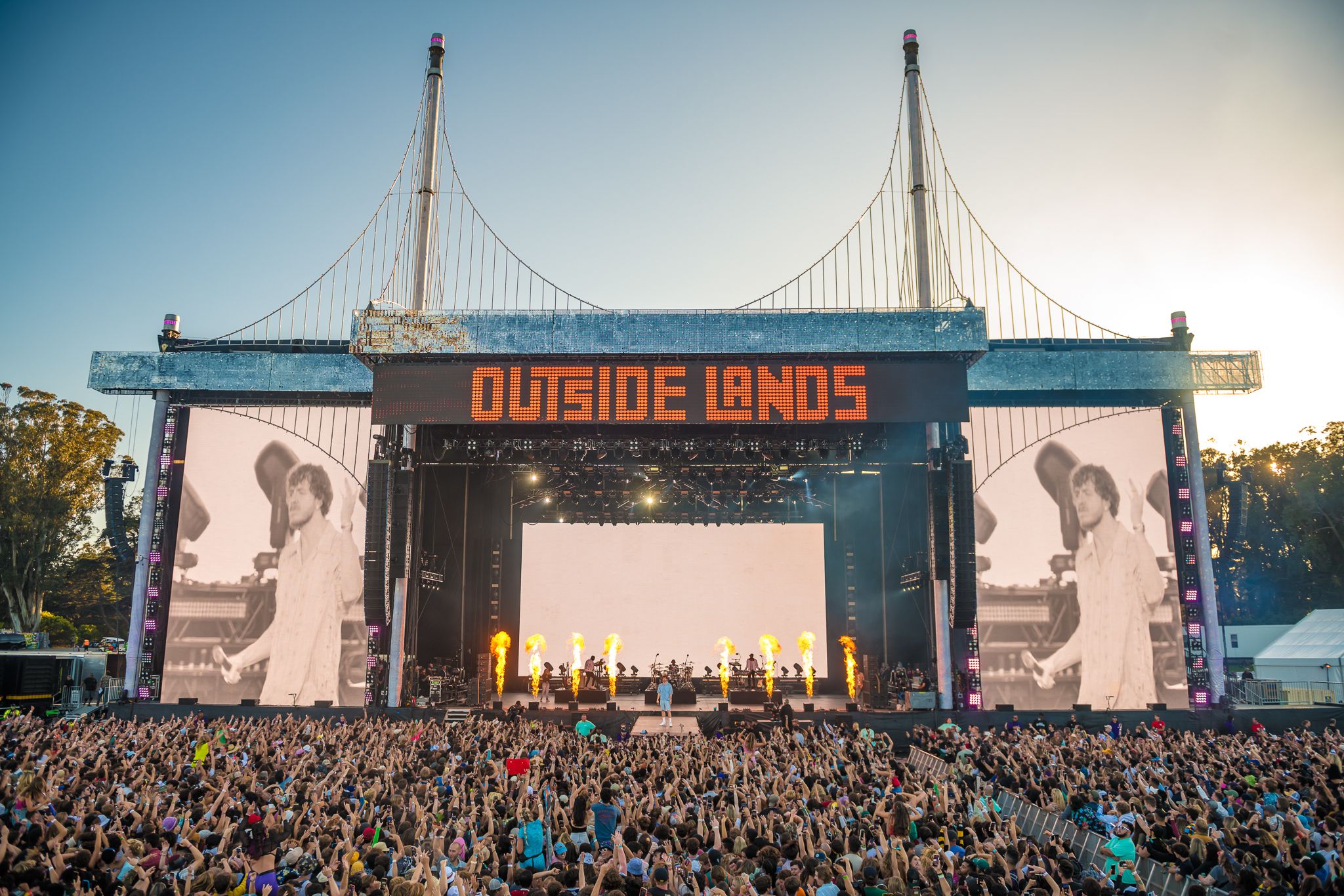 Walking into the fest for the first time was smooth, probably the most smooth experience I’ve had at a festival. The shuttles were well organized and there was no line at the entrance. The layout of the festival is very walkable with no sound bleeds between stages. No area was overcrowded and there were plenty of bathrooms, food vendors, and water stations to accommodate 200,000 fans. I was so impressed by how smooth everything was, I literally had zero complaints, I usually have something to say but not this time. Every artist was on time, never waited in line, staff was kind and helpful. Truly impeccable. 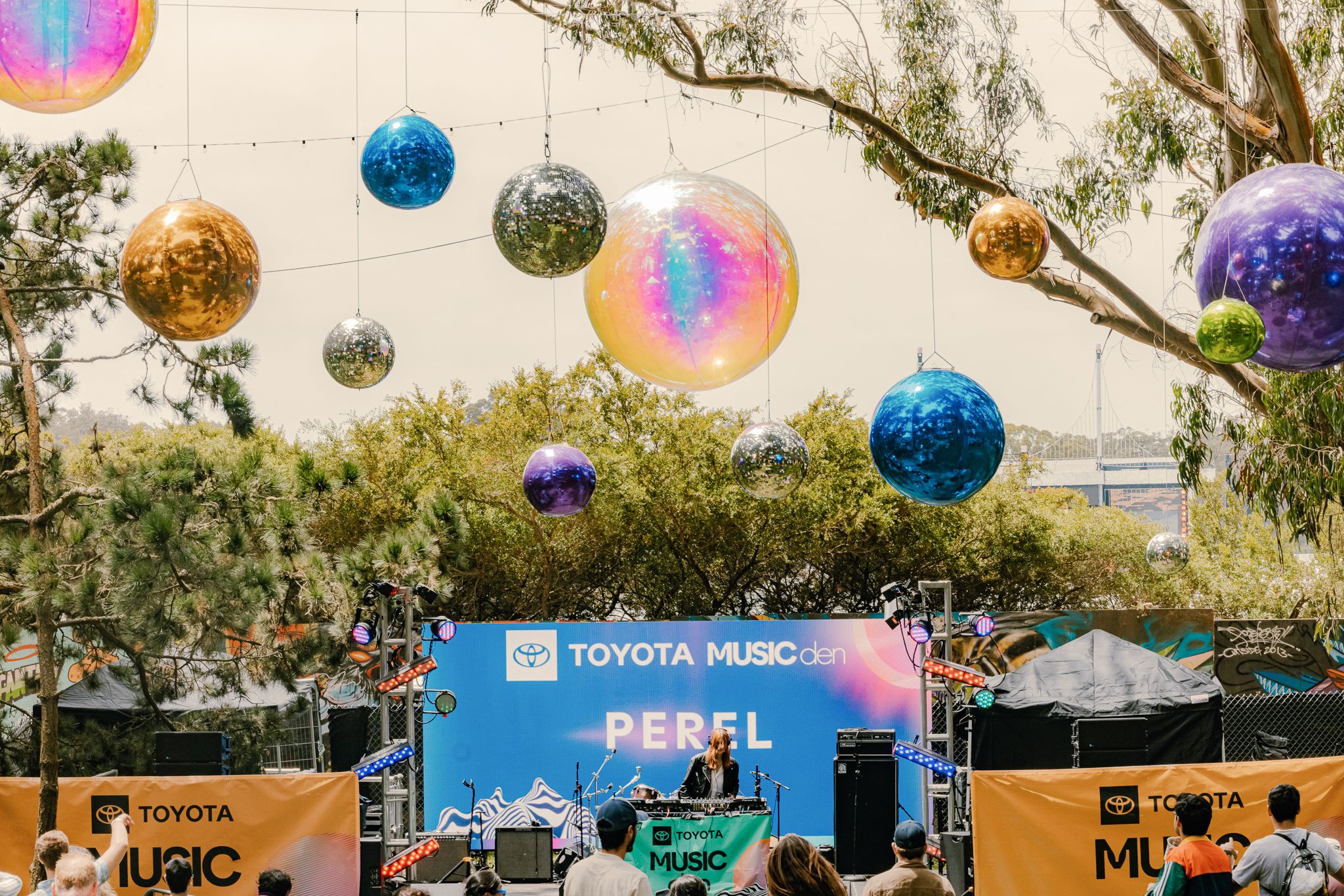 Photo Courtesy- BB
One of my favorite things about OSL was all the hidden gems away from the main stages. Most city festivals have a few stages and call it a day but Outside Lands really pays attention to detail. There were smaller niche stages, character performances and interactions, art everywhere, mushrooms and disco balls hanging from the trees, tea parties, grasslands, beerland, wine tastings, structure installations, and so on. There is something for everyone. When I went into the woods area, it was giving Electric Forest vibes. It was such a vibe- if you know you know. There was so much to do and experience, that I didn’t even have enough time to do it all in three days. 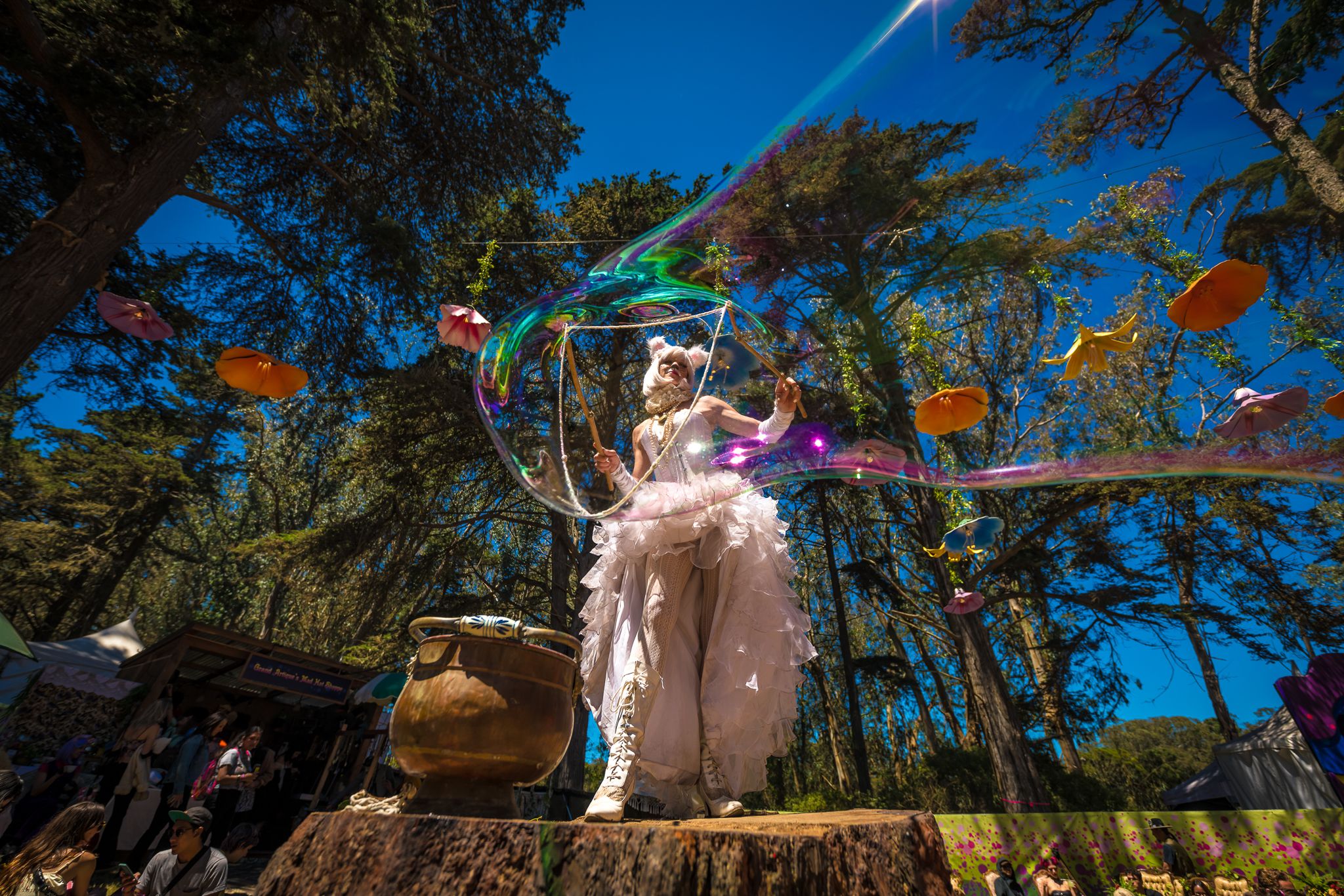 Photo Courtesy- Alive Coverage
Another VERY special experience at OSL is the Soma Tent baby!!! If you love dance music, this was the place to be. I was shocked walking into the Soma Tent for the first time. It was giving all the underground grunge 90s rave in the best way. The tent was DARK and the lights were crazy but we loved it. The production was so impressive and such a change of scenery from the rest of the fest. I swear it was such a vibe and I never wanted to leave. Tokimonsta THREW DOWN and Claude VonStroke brought the heat. Honestly, bury me at the Soma Tent. 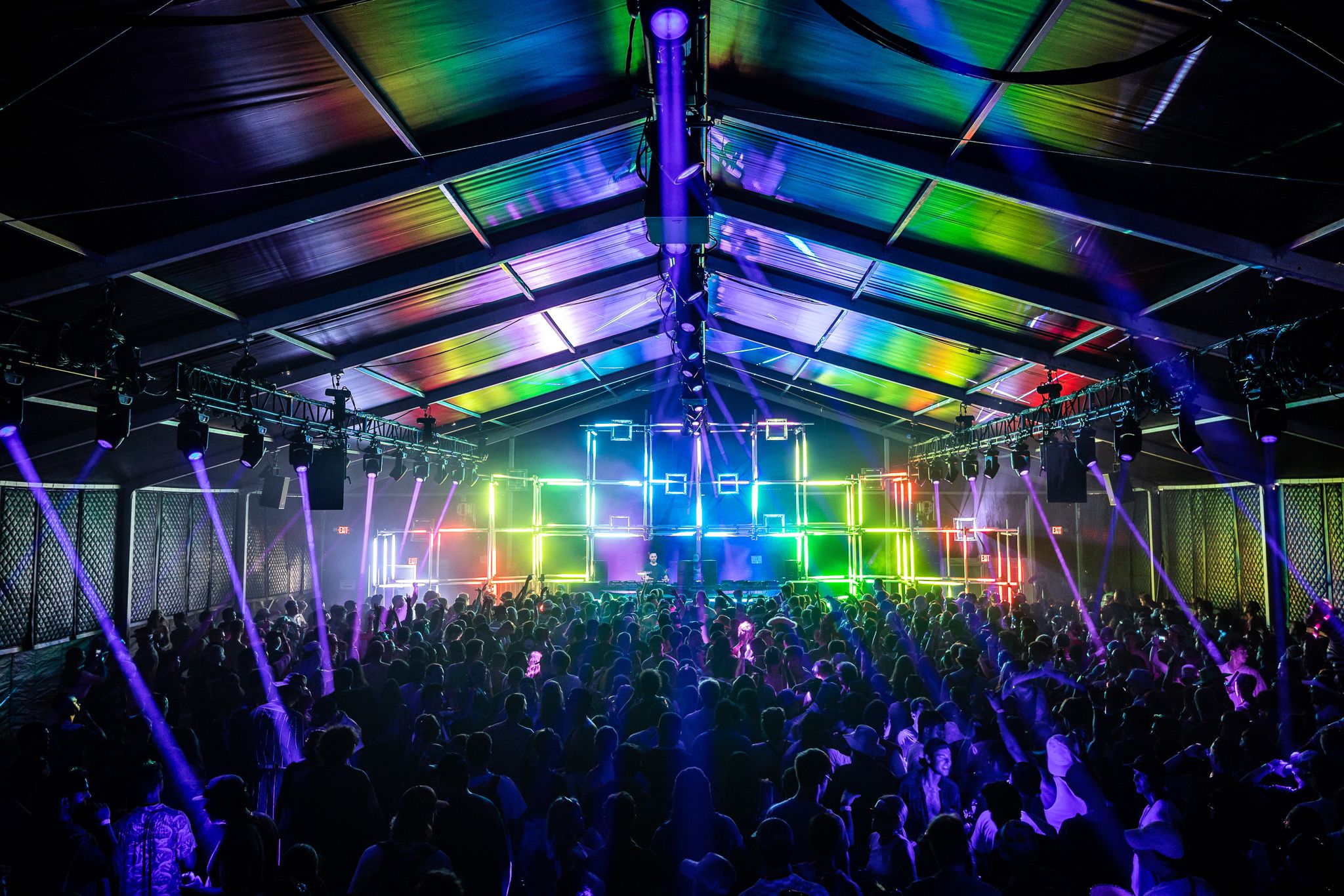 Photo Courtesy- Alive Coverage
I’m not usually the type to splurge on VIP, I often don’t feel it’s necessary or worth the extra dough but not at Outside Lands! The VIP experience they bring to Golden Gate Park is nothing like I’ve ever seen before. The VIP area at the Lands End stage had multiple levels with plush couches for anyone, eclectic rugs, amazing art, cabanas, bleacher seating, front row viewing area, special food vendors, and just vibey hangout areas with loads of plants. Don’t get me started on the luxurious porta pottys, who knew porta pottys could be so nice?? OSL is a good time either way, but VIP will always be the move for me at this fest. 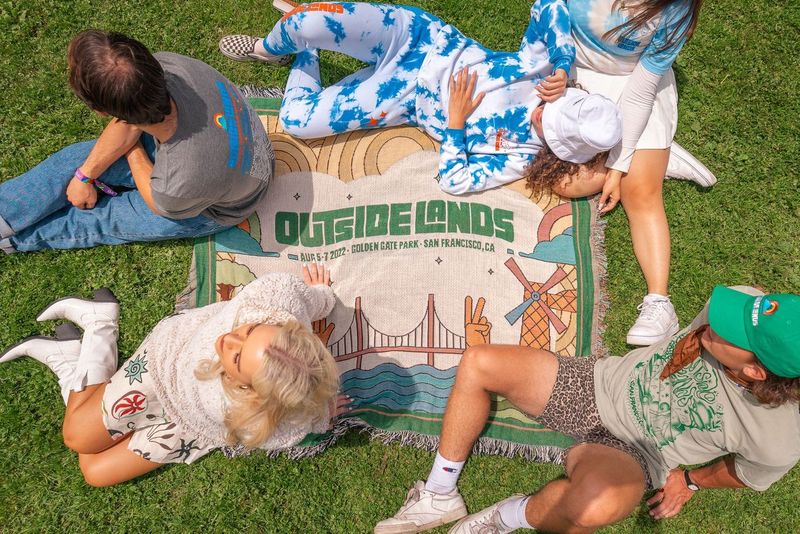 Photo Courtesy- Alive Coverage
The musical performances were ICONIC. I said it once and I’ll say it again. Like I got to rage my heart out, cry tears of joy, and heal my inner teen during Green Day’s performance. Jack Harlow performed for the first time with a live band, we love to see Daddy Jack making strides in his career. Illenium had his special hometown performance and it was oh so special, the crowd’s energy was contagious. Sza felt like one big singalong with your best friends in the car after dumping that toxic ex. The lineup was so diverse and such a good time. Can’t wait until this festival releases the 2023 lineup. 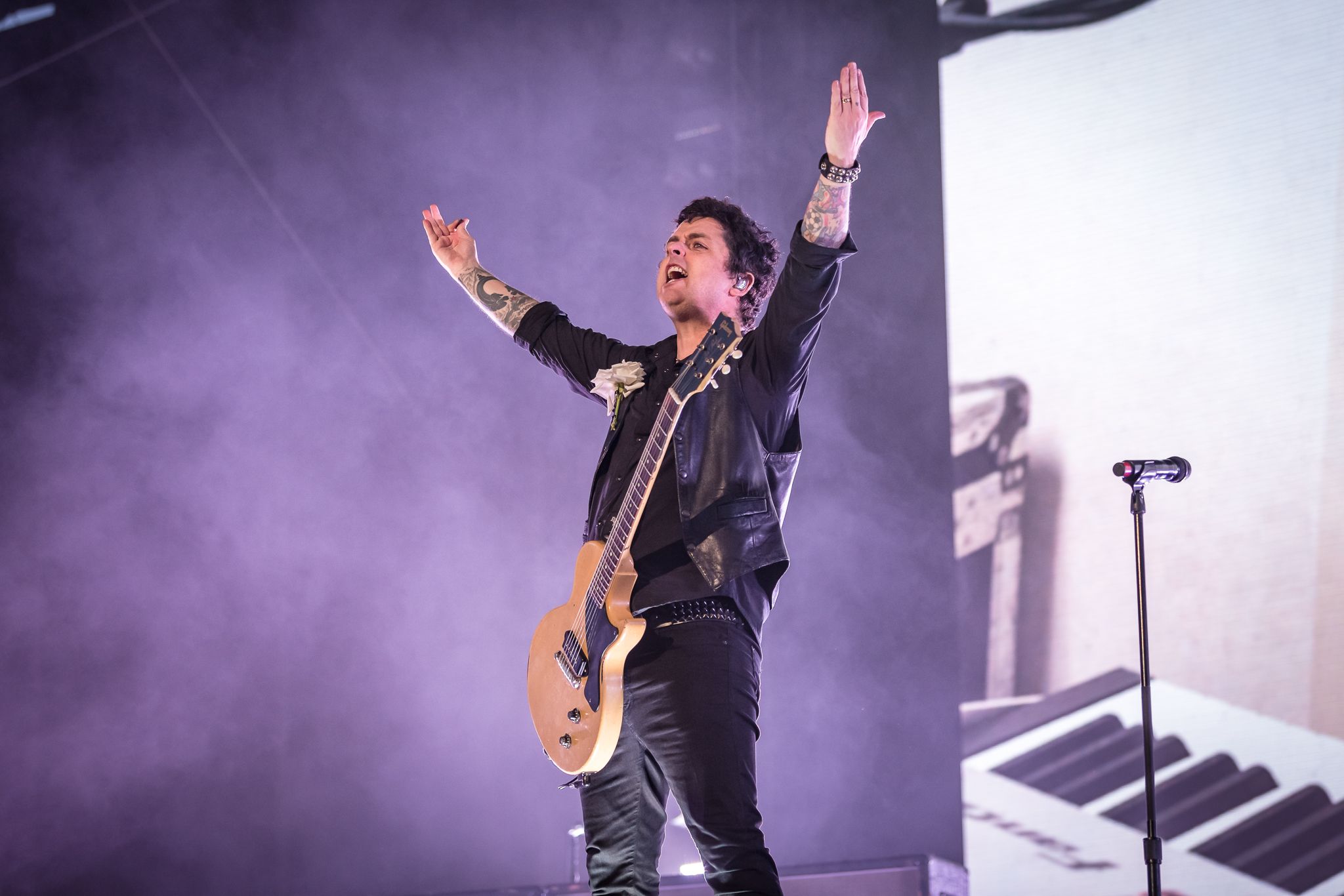 Photo Courtesy- Alive Coverage
Friends, I promise you DO NOT want to miss this festival next year!!! Keep your eyes peeled on more info coming soon from Outside Lands. Give them a follow on social media and I will see you there 🙂
Posted in Festivals and tagged Another PlanetTokimonsta, Claude VonStroke, Green Day, Jack Harlow Sza, Outside Lands, Soma Tent
← MOPOP 2022: Insider InfoSacred Rose AOTW #9: St. Paul & The Broken Bones →
Don’t forget to follow The Festival Voice for all of your electronic music and festival news!
Instagram: @TheFestivalVoice
Facebook: @TheFestivalVoice
Twitter: @thefestvoice
Snapchat: @thefestvoice
YouTube: TheFestivalVoice
Home » Blog » Outside Lands Brought An Iconic Experience