We’re here to share an epic battle- Streaming Vs. Radio Airplay. Who will win? You can download and view this report yourself at Viberate’s website. Viberate compiles great data on artists such as genre streams and the economic impact of COVID on the music industry. In addition, Viberate has tons of tools to help artists! Check out the things they can do!  Viberate analyzed 24,000 radio stations in 150 countries and dug deep into Spotify to find out which artists were most-streamed and spun in June.

First off, the report starts by comparing the amount of time people in the United States and Europe listen to music on various platforms. 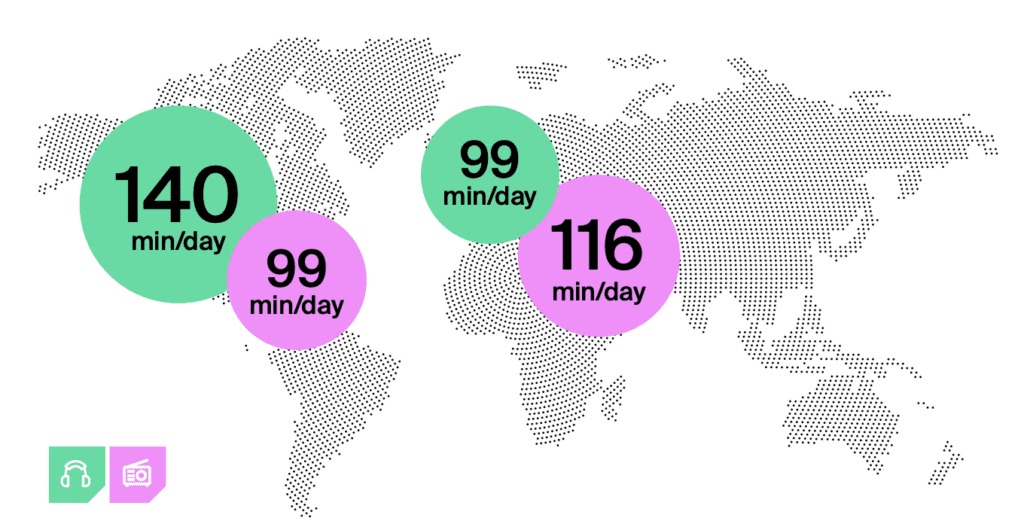 Overall, the numbers are vastly different between the two. People in the United States prefer to stream their music while Europeans prefer the more traditional route. It seems that Americans tend to listen to more music when compared to Europeans.

Artists varied quite a bit in who was streamed the most. Overall, it seems that newer people dominate the streaming game while the radio prefers more seasoned artists. 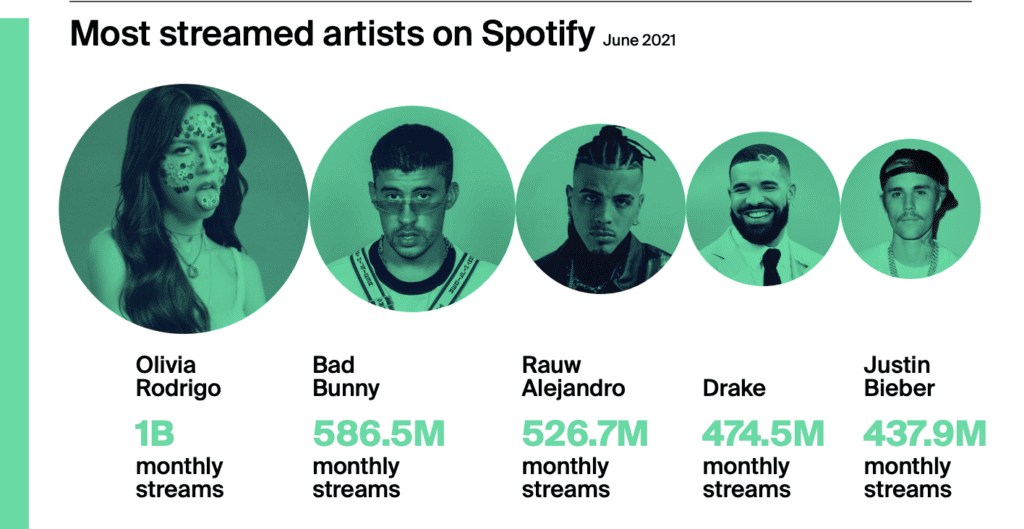 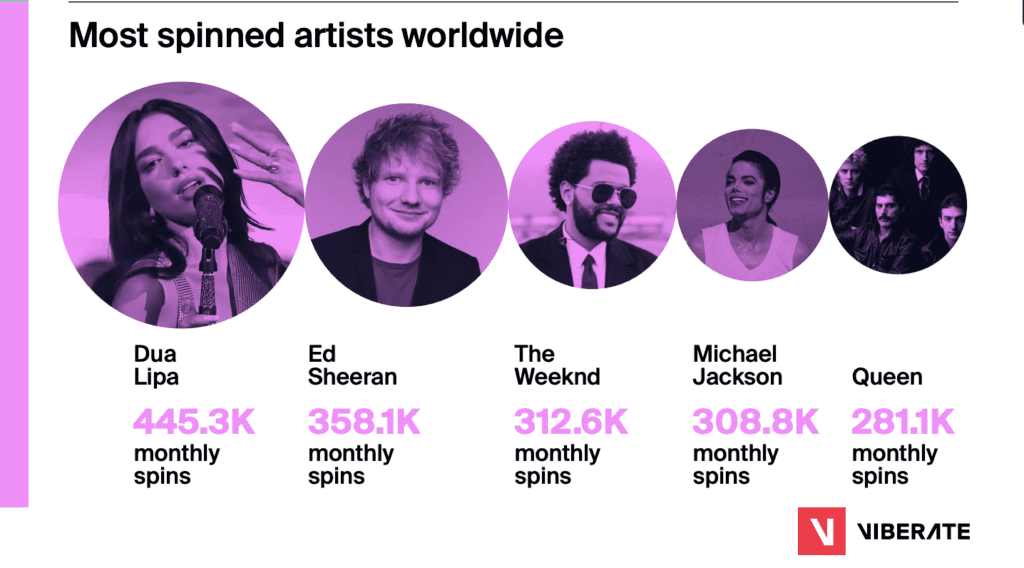 Of the top 100 artists streamed or played on the radio, Viberate discovered that people streamed their favorite artists more than the radio played them. I believe this is so the radio has more variety rather than playing the same few artists over and over. But if I’ve learned anything from streaming culture- it’s that people love to binge watch and listen! 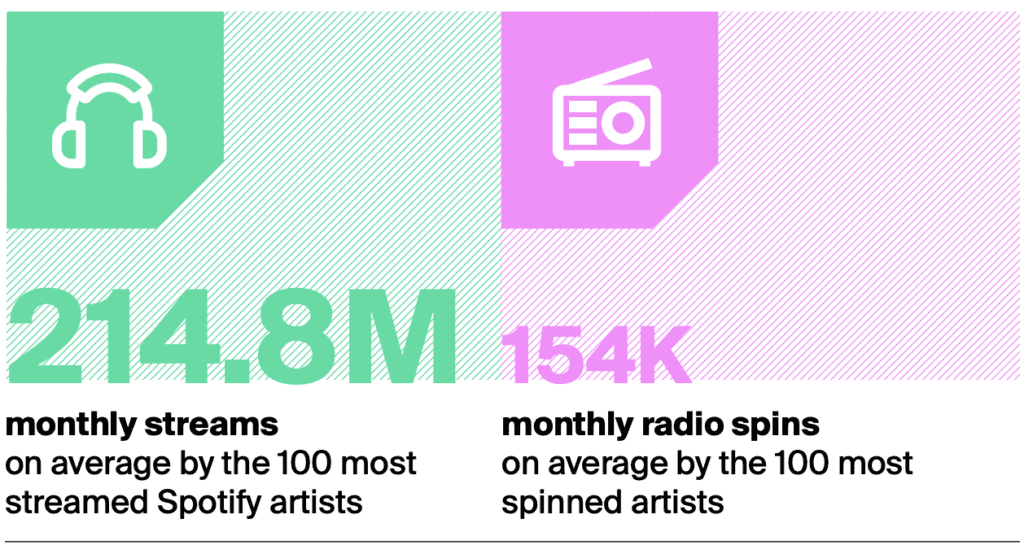 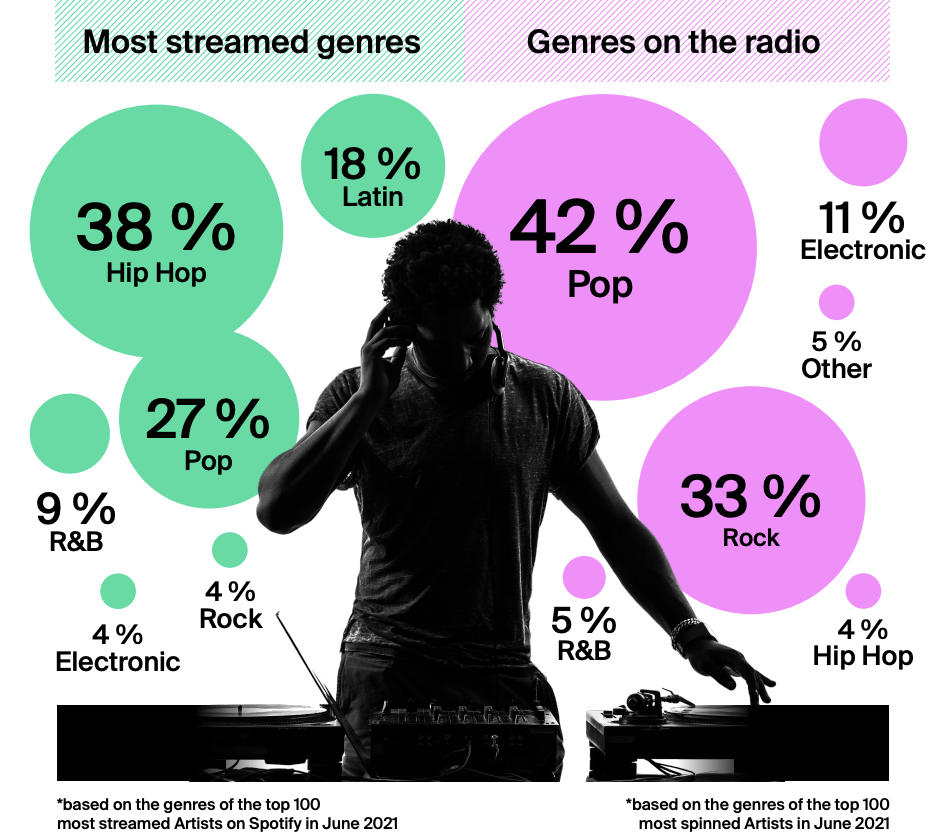 And now, the money. Which pays more, streaming or the radio? 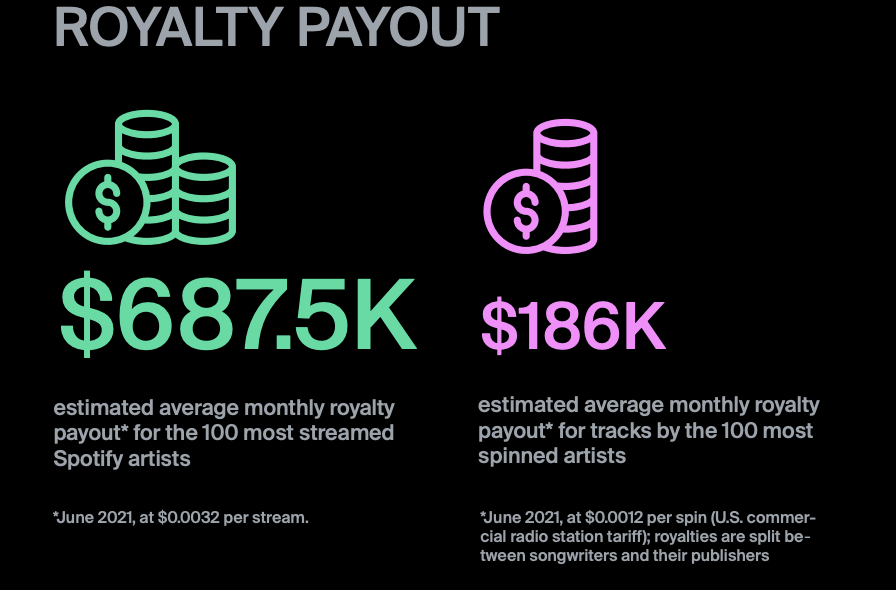 Streaming takes the win for money. It’s crazy how much these artists are being paid just to have people listen to their music!

That’s all the data we’ve got for now. Viberate sure does a great job compiling it! We’re happy to share it with you!