The Economic Impact of the Coronavirus on Festivals

This year has been a crazy one, to say the least. I know personally, I had 3 festivals on my roster for this summer but was hoping for more. A few of mine were never announced. The coronavirus definitely changed things in the world. And as sad as we are that festivals didn’t happen this summer, we know it was the right thing to do. But now we need to talk about something scary- the economic impact of the coronavirus on festivals.

I follow a few smaller artists on twitter and it sounds like they are struggling. The whole business is struggling. It’s scary to think that some festivals may not recover from this. As an EDM community, we need to be patient and willing to work with one another.

So what are the economic impacts of the virus? Pretty staggering, honestly. Keep in mind- this data is all festivals, not just the ones in the EDM community. Information was taken from Viberate. These calculations were made on April 21st. The numbers are MUCH higher than that now. In fact, one of my festivals just canceled today! 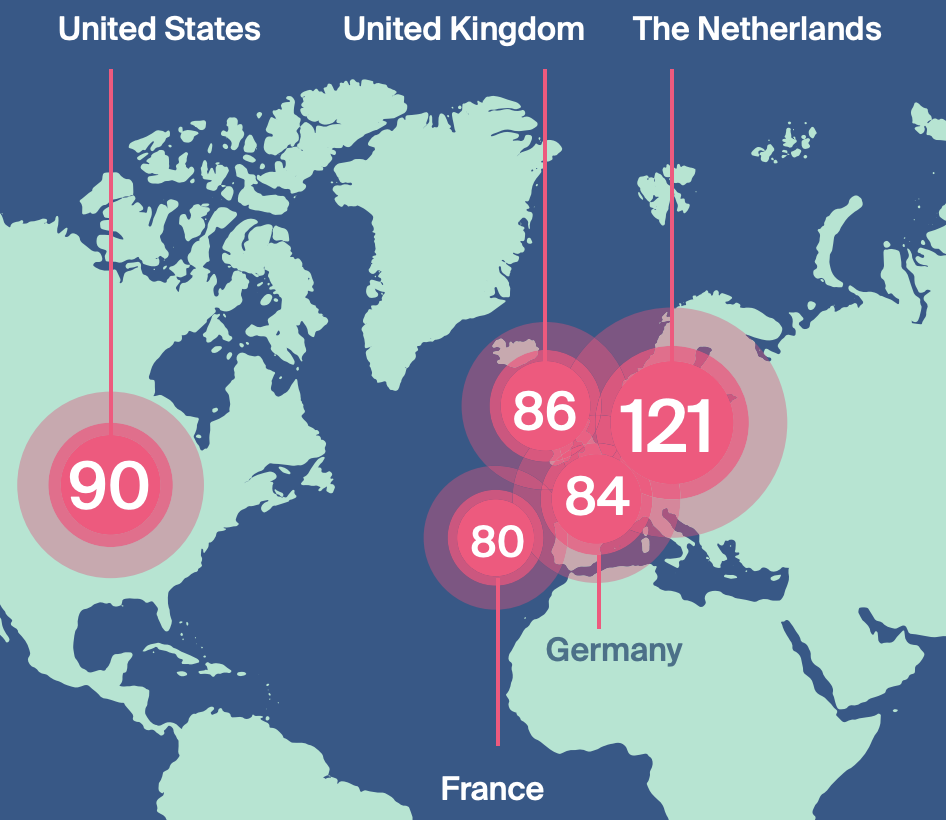 Festivals are typically more common in the Northern Hemisphere Summer months in May, June, July, and August. Here is a typical graph of what festival distribution looks like. (Viberate.com) 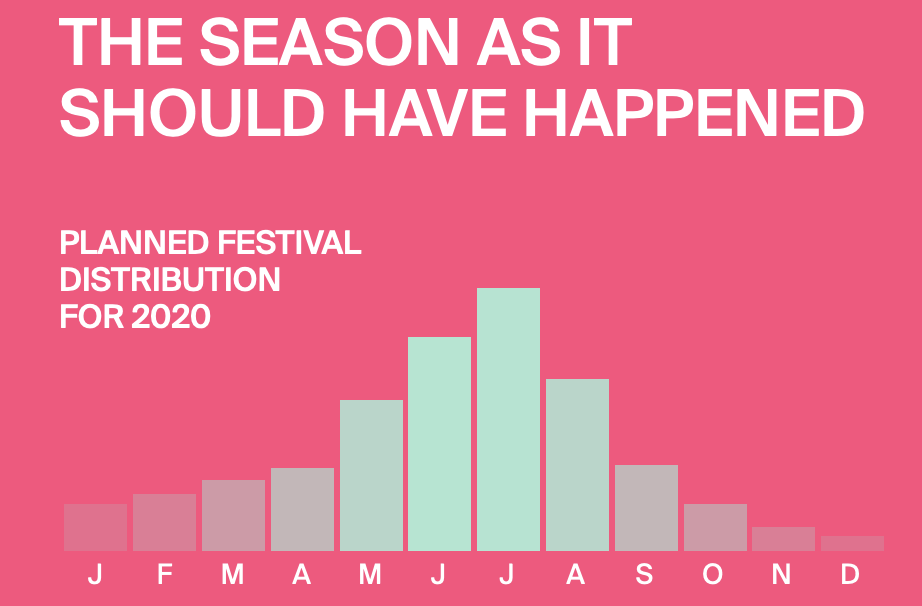 The festivals that were canceled first were typically the ones in March, April, or May. These festivals were either canceled or postponed to later dates in the summer. Promoters were highly optimistic though! Everyone hoped this pandemic would pass quickly and we would be back to normal by the fall. For instance, by April 21st, 50% of festivals were only postponed, not canceled. Now, however, we know that isn’t the case. The cancellations have been pouring in. (Viberate.com) 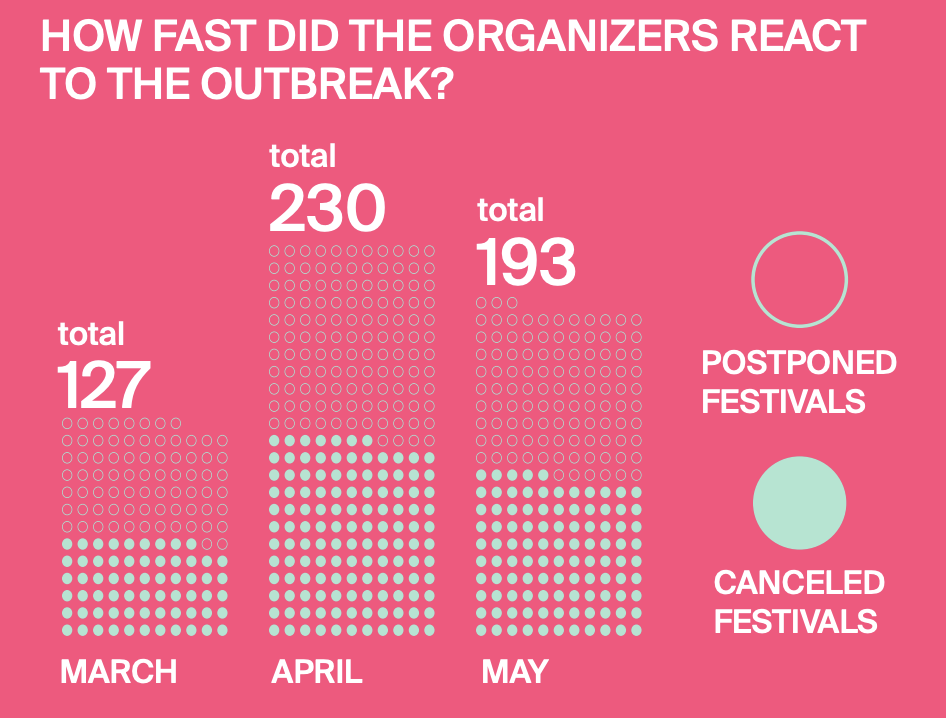 With all these canceled festivals, there was some major economic loss. Overall, a staggering 13.2 million people were affected by festival cancellations. That’s nuts to me!  Keep in mind, that includes all workers. And the cost? Approximately $16.8 billion. This includes a loss of ticket revenue of $5.1 billion but the rest comes from the money the festival makes from merch, shops, food, or anything else they partake in. Overall, the largest festivals lost the most money, as demonstrated by the graph below. (Viberate.com) 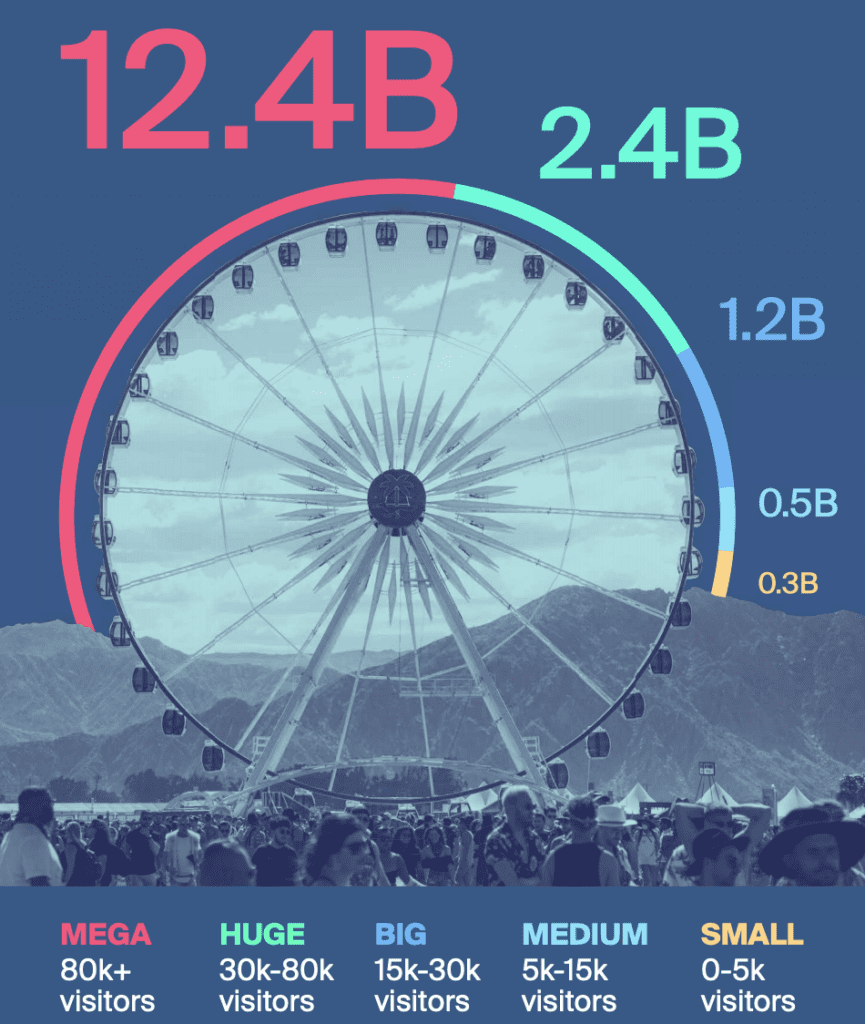