We are bringing you some NFTs this week!!!

Check it out here!

Melodic house outfit Autograf announce their involvement with DAYTIMΞ VIBΞS — a first of its kind hybrid digital/physical concert series, brought to you by imnotArt. This Saturday Sep-18, the event will take place live at both imnotArt’s Chicago location and in imnotArt’s space in the Metaverse. By integrating the physical and the digital, imnotArt and Autograf are experimenting with new ways of bringing people together to experience culture, art, and entertainment. The event takes place at 2 PM.

Jake Bowen- I Am Error

Following “The Daily Sun” and “Say Nothing” featuring Abbi Press, electronic producer Jake Bowen is back offering the third single from his upcoming album The Daily Sun with “I Am Error” featuring Elliot Coleman, out today, September 17. With vocal credits for bands such as Good Tiger, Periphery, TesseracT, and Zelliack, Elliot’s breathy vocals play into the track’s expression of loneliness and isolation, a relatable and central theme of living quarantined through a pandemic. 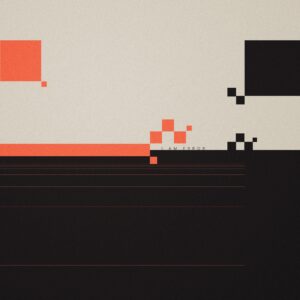 Canadian talent Tommy La Croix † has spent years honing his skills as a professional DJ before transitioning to build his own catalog. To kick off his new project, Tommy La Croix † revealed his debut single “Danza De Trompeta” which was followed by “L’Espoir” and finally title track “Requiem D’amour”. Providing a glimpse of what was to come from his debut LP offering, each of the lead singles showcased Tommy La Croix †’s musical prowess and keen ear for sultry downtempo productions. After stirring anticipation amongst his burgeoning fanbase, the Canadian artist finally unveils his long awaited debut album Requiem D’amour via Aquarius Records. 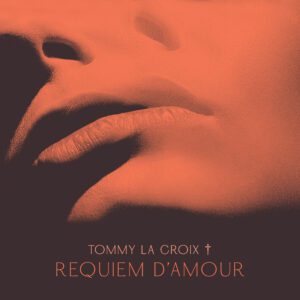 One of electronic music’s most beloved artists, DJ Koze runs the acclaimed Pampa Records, where he puts out his own music alongside material from the likes of Mano Le Tough, Axel Boman, and Robag Wruhme. His 2018 album ‘Knock Knock’, released on Pampa, was named as Pitchfork’s 3rd best album of the year, whilst his single ‘Pick Up’ was named track of the year by both Resident Advisor and Mixmag. Known for his inventive production style, he has remixed Gorillaz, Mount Kimbie, Moderat, and Lapsley, and collaborated with Róisín Murphy, Bon Iver, José González, Caribou, and Matthew Dear. 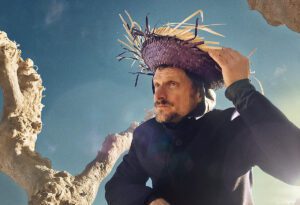 The first lady of Circus, Jessica Audiffred returns with a dubstep juggernaut. Featuring The Arcturians, this track is going to do some damage physically and emotionally! No messing around with a huge intro, just straight up banger. ‘Getaway’ is incoming!
Mexico’s bass queen last graced us with her presence on the track ‘Trippin’’ which she collaborated on with fellow South American prodigy ARTIX!. A collaboration with Steller soon followed for ‘The King Is Dead’ on Bassrush Recordswhilst fellow Mexico City resident Isaac Maya remixed her (now classic) first release on Circus, ‘Chat Culture’. The Arcturians are painting their picture on numerous canvases, illustrating their huge audience appeal by tying their incredible songscapes within a range of dubstep, drum & bass, trap, bass house, and more. 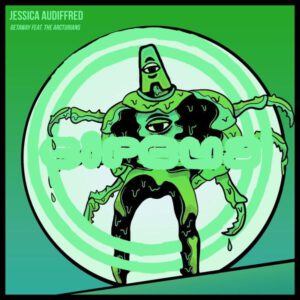 The madman named Lubelski has been on a wild journey you wouldn’t believe. Lost on a modular synth odyssey of massive proportions, he has returned to port to inhabit the outer fringes of the North American dancefloor with an outrageous album in tow. Today he officially announces his ‘Happy Accidents’ LP on DIRTYBIRD alongside a telling belter of a first single ‘Asylum’ and the first round of dates for the album’s North American tour. 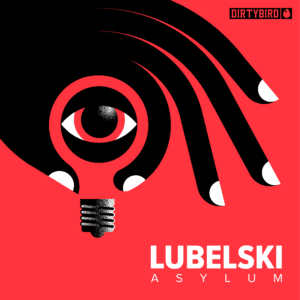 Sterling Void feat. Sara- Over You

Sterling Void is an original Chicago DJ who has been producing and releasing tracks since the late 80’s. Today he drops a brand-new release, ‘Over You’, on the recently re-launched seminal House label DJ International, taken from their forthcoming ‘Jackmaster 7’ Compilation which is set for release on the 24th September. 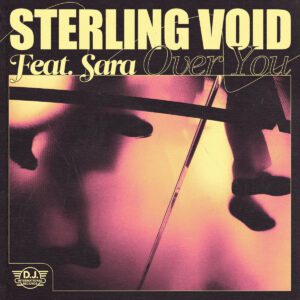 Flight Facilities released two remixes of their latest single ‘Move ft DRAMA’. The first remix comes from fellow Australian producer Loods, and is followed up by Serbian House selector kryptogram. Loods’ kicks off the package with a sturdy tempo and slow build, eazing us into a deep house groove and transporting us to late night dance floors.. kryptogram, on the other hand, allows Via Rosa’s silvery vocals to remain the focus of the track, marking his territory as he genre-hops between equal parts Chicago house and seamless disco rhythms. kryptogram and Loods both impart their own styles onto the already classic original, both highlighting different aspects of the hit Flight Facilities and DRAMA single. 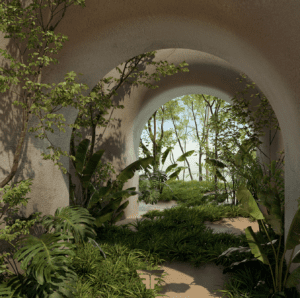 Hot off the back of two huge debut releases on Second State and Odd Recordings over the past two months  – not to mention an incredible livestream performance from Castillo de Atienza alongside Ramiro Lopez and Lilly Palmer  – internationally celebrated Spanish techno sensation Auriga continues her hugely prolific run of Summer 2021 form as she unveils her latest huge EP, this time on the one and only I AM Techno (IAMT). 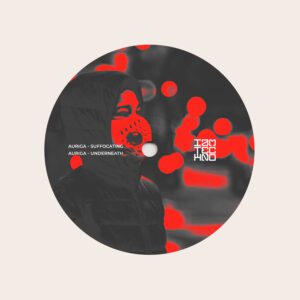 ‘Rasanbleman,’ Haitian-Creole for, to gather, has been Latin Grammy winner Michael Brun’s focus for the better part of the last decade; uniting artists from across the world to celebrate and come together on global beats. As music has flowed from Africa, across the Caribbean into Latin America, so too has the Haitian born Brun, collaborating with artists from across the musical spectrum, a list that runs from Nigerian Mr Eazi to Columbia’s J Balvin, Benin’s Shirazee to Jersey Club queen Uniiqu3. 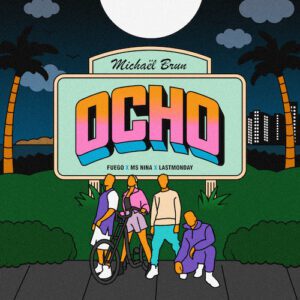 Since his last single ‘indulge’ that featured his signature mellow sound and speedy drums, he now brings listeners an experimental and charming treasure titled ‘icecld’ with an early SBTRKT feel. Featuring the vocals of New Zealand-based singer/songwriter Wallace, ‘icecld’ is an expansion of poolsideconvo’s already chill sound entering a unique sonic space where soulful harmonies are met with an experimental approach. The lyrics touch on the subject of love and two lovers drifting apart with the relatable emotions that separation entails, including the internal back and forth and isolation. 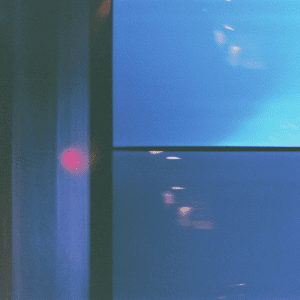 In February, UNKNWN rattled the underground with The Purple Fern mixtape. Packed with 10 unreleased tunes, each of which were laced with other-worldly melodics and thunderous bass frequencies, the mixtape served as a highlight reel for this budding producer – and foreshadowed what’s yet to come. Today, UNKNWN is back with ‘Growth’ – a 2 track EP featuring the leading tracks from the mixtape which acted as anchors to this pivotal moment in UNKNWN’s creative endeavors. 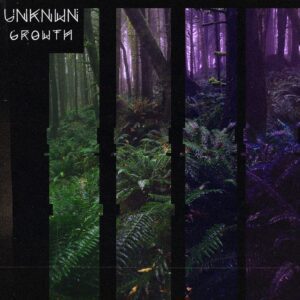 Aberdeen, Scotland’s Cold Years return with their new single, “Headstone,” a song that finds the trio returning with a new found dynamism, regaling vocalist Ross Gordon‘s years of debauchery and all that came with it. 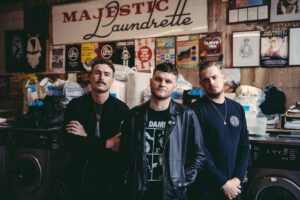 Milwaukee-bred/LA-based indie rock band Big Mother Gig are pleased to present the reimagined version of its single “My Unveiling” to celebrate the start of its upcoming fall tour kicking off this Friday, September 17 in Philadelphia, PA supporting Black Joe Lewis and the Honeybears. Featuring acclaimed vocalist Caroline Kingsbury, “My Unveiling” is “almost a coda to ‘Gusto’, or even a sequel,” frontman Richard Jankovich said. “’Gusto’ is all about the struggle to become sober, and this track is about when it’s time to be reintroduced to your life. In my case, it was about unveiling my new self to my family and friends after making inroads in my recovery. 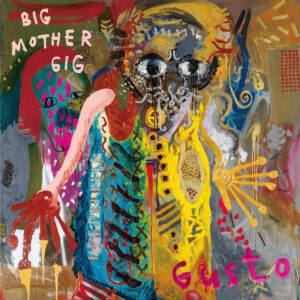 Walker & Royce have defined their career with three simple words: Rules Don’t Apply. This ethos is reflected in their genre-straddling studio output, and in their eponymous radio show, which puts other risk takers on display. Now, Walker & Royce take Rules Don’t Apply to new heights with its launch as a record label. Dances With White Girls inaugurates this new platform for dance music rebels, today unveiling “Skinny Dipping”—a piece already on its way to becoming a festival anthem. 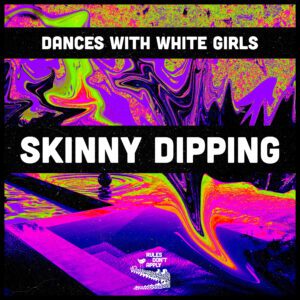 Detailed in AREA21’s music and visuals, the alien characters M & M have been able to observe humans both from a distance and up close. With the song ‘’Followers’’ they talk about the benefit of living life in real-time instead of becoming mesmerized by their devices. 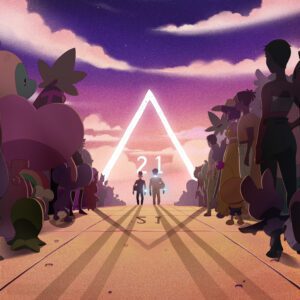 Shy Baboon – I Told You

With their first ever release seeing the light of day only a month ago, Shy Baboon aren’t slowing down and sending their second track ‘I Told You’ Right’ out into the world today. Written during the rainy Saint Petersburg lockdown in March, the two brothers decided to make a track with a summer vibe, reminiscing the summer parties they were missing. The result is an ode to house from the 00’s with a tropical twist.

Continuing his march to shape his FutureHouse movement, NUZB is releasing banger after banger. His brand new EP includes ‘Late Night’ on which he collaborated with MALARKEY and ‘Walkaway’. Blending house music, good vibes and dope beats he distinguishes himself and is truly shaping his future. 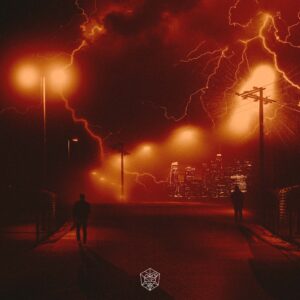 Following the release of her debut album Messing With Magic and it’s Deluxxe edition which garnered her four #1 dance music radio singles (“Waiting For You” with Yotto, “Underwater” with MK, “Picture Us,” “So Hot [MK & Nightlapse Remix]) within the last year, singer-songwriter & DJ Anabel Englund is back with a brand new sultry single. Containing elements of the Blondie classic “Rapture,” Anabel turns up the heat with “Midnight Rapture” out today, September 17 on Ultra Music/AREA10.

As the follow-up to his latest single “Save Me” released this past August on Ultra Music, producer & DJ Party Favor (aka Dylan Ragland) teams with fellow Los Angeles artist Elohim for his next offering “Losing My Mind” out today, September 17.
Known for her candidness about her struggles with severe anxiety disorder, panic and dissociation, singer, songwriter, and producer Elohim lends her unique vocals to the track with a frenzied expression. Sinister pressurized synths and driving beats create the foundation for the fluster of Elohim singing about losing her mind. “I feel like I’m constantly losing my mind. Questioning what’s real?! Or if anything really is,” she says.
Stream HERE

When you bring together some of the most influential names in dance music you are bound to create something extraordinary and that is precisely what the UK’s own dance music figurehead MistaJam has been able to achieve in collaboration with David Guetta & John Newman. He now releases his own rework of ‘If You Really Love Me (How Will I Know)’, aimed squarely at the nation’s dancefloors available now via Warner/Parlophone. 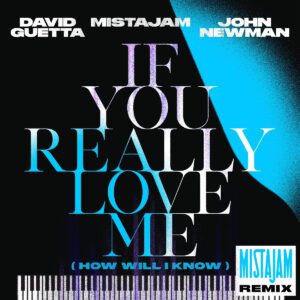 John Roberts has released a music video for his latest track “Nobody” featuring Beth Ditto.  The song appears on his album Lights Out.
The video is directed by Rafatoon (Rafael Perez), a mixed media filmmaker and motion graphic artist who specializes in hybrid videos that inventively mix live action with eye-catching animation.  Rafatoon spares nothing in taking John and Beth on a wild jaunt together for “Nobody.”
Stream HERE 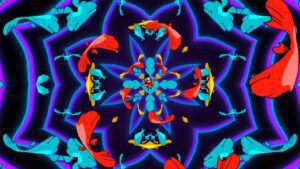