I’ve only been to Chattanooga a few times but had never explored the city much. This changed when I went to Moon River Music Festival this past weekend for the first time. I could only go on Saturday, which ended up working out as Sunday had to end early due to bad weather (more on that later). However, one day was more than enough to fall in love with the vibes at Moon River, from loads of locals enjoying a weekend in the city to the stacked lineup of superb talent. 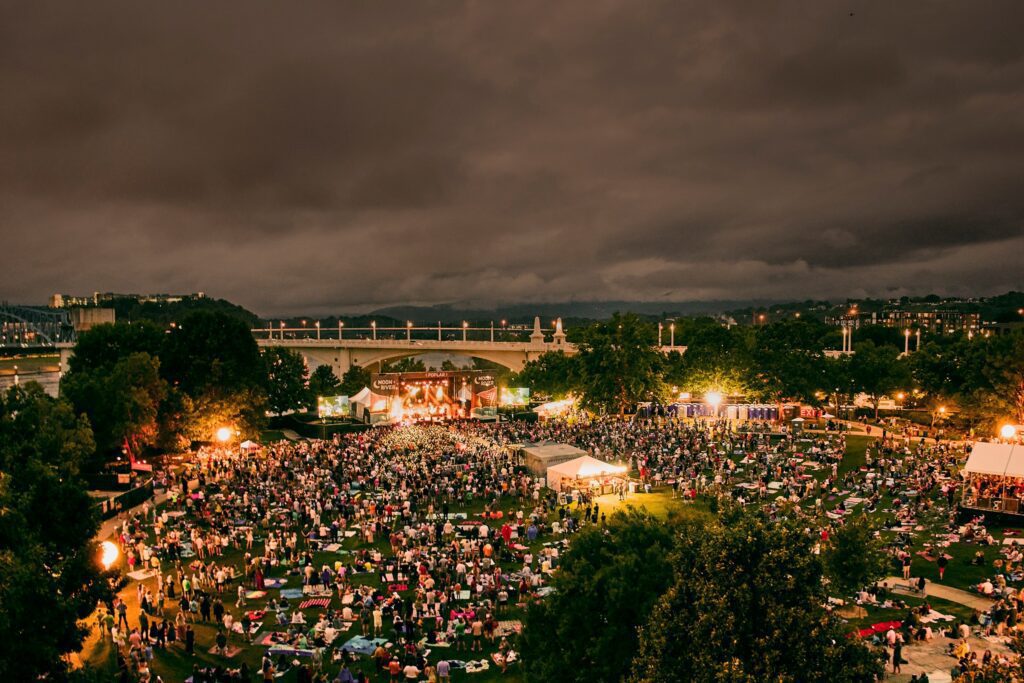 The location of the festival is hard to beat, nestled within Coolidge Park right next to the Tennessee River. Above the festival grounds is a bridge that splits the grounds into the two stage areas. Said bridge is shut down to only foot traffic over the weekend and offers folks a free bird’s eye view of both stages for the entire weekend. Right outside the festival entrance is a boardwalk that stretches a few blocks filled with all kinds of shops, bars, a Walgreens, a gas station, and even a small vintage clothing store with a modest yet deep collection of vinyl records. Attendees are able to come and go as they please by just scanning in and out with their wristbands, so I was able to take short excursions to explore. Between stops for cheap food and beer outside the festival grounds, I found a copy of Satan Get Behind Me by the White Stripes that I will cherish forever (it is the 2021 European pressing for those that care). Just being able to pop in and out of the festival so easily makes Moon River one of my favorites thus far compared to the 39 other festivals I’ve been to. 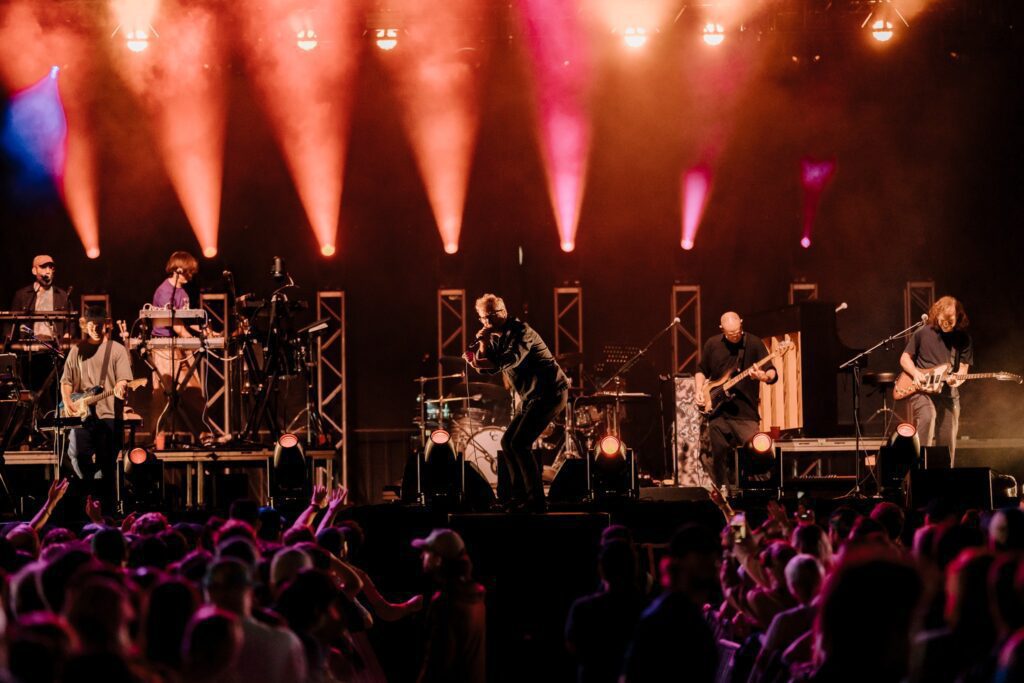 The festival layout was well designed, especially with all the mud in the park on Saturday from rain earlier in the week. There were paved walkways that connected most of the areas in the festival, so attendees didn’t have to ruin their outfits trucking through the mud. There were only two stages that alternate performances so you didn’t have schedule conflicts, which can be a crisis for music lovers. This made it easy to pop in and out like I did and only miss half a set. In the park, there was an outdoor ground fountain to play in or rinse off the mud as well as a covered merry-go-round. Between the two stages, there was a giant TV screen streaming football games all weekend where hoops and hollers were heard all weekend, particularly when Tennessee won their tied game. It happened during Drew Holcomb and the Neighbors set and Drew himself made an announcement about the win to the reception of cheers. Off to the side was the kids’ area that gave parents a chance to breathe while their young ones did yoga, arts and crafts, and other family-friendly activities. There was literally fun for the whole family at this festival. 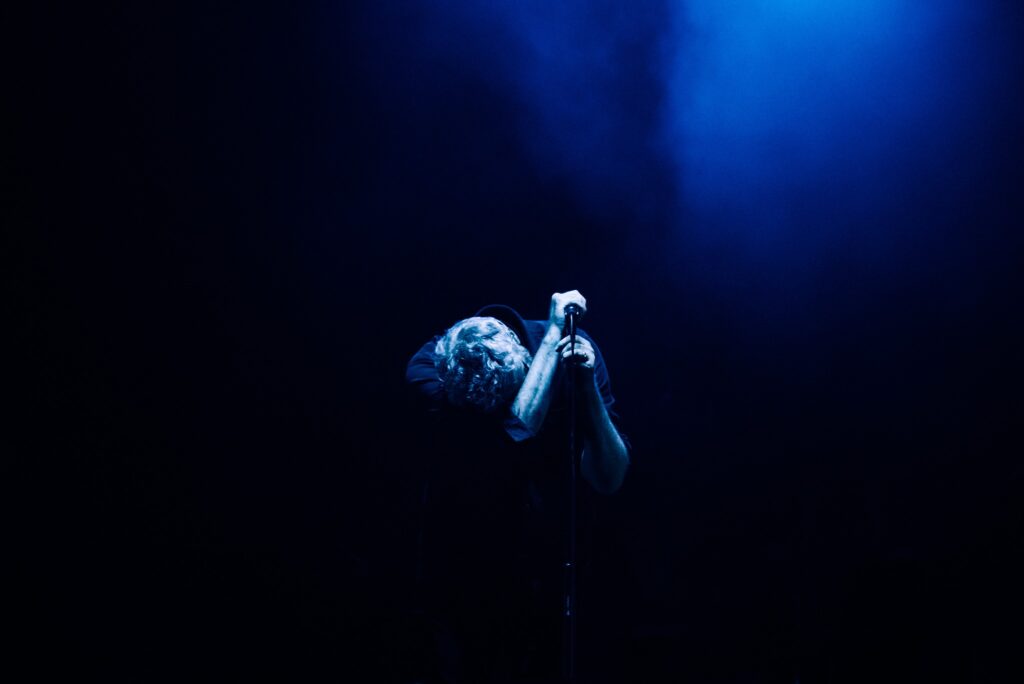 The lineup was stacked with seasoned musicians. A few times throughout the day I heard artists announce their awe at how much talent they were playing with, highlighting early bands such as Wild Rivers and Briston Maroney to the headliners for the night Drew Holcomb and the Neighbors, Zach Bryan, and The National. My favorite set of the night was done by the host of the festival, Drew Holcomb and the Neighbors, as Drew had his wife Ellie come out for some tunes as well as his three kids who came out to sing “Hey Rivers,” a song about Drew’s youngest child Rivers who’s birthday was day one of Moon River. The crowd went wild when Rivers took some solo parts, giving the kid a memory he will cherish forever. 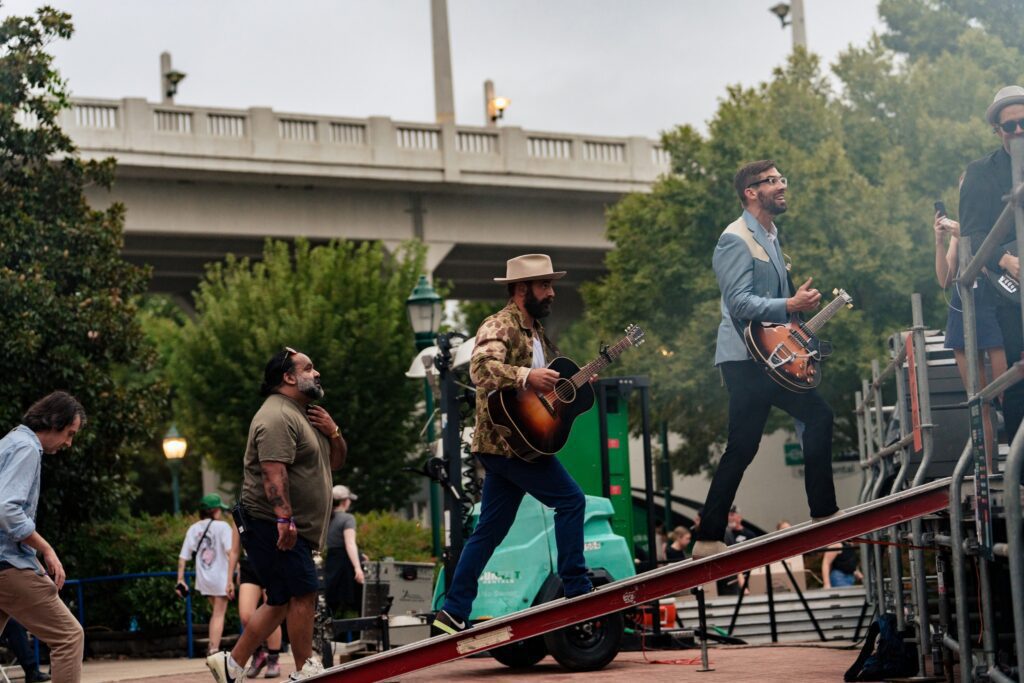 After I left Saturday night, I kept tabs on happenings at Moon River on Sunday. There was a forecast of heavy rain and thunderstorms most of the afternoon that ended up ending the festival early with a forced evacuation by the city. However, through the miracle of good music, Drew Holcomb was able to put together a free show for Moon River attendees at Soldiers and Sailors Memorial Auditorium featuring artists from Sunday’s lineup including Abraham Alexander, JP Saxe, Local Natives, and Sammy Rae. This was on top of promising to refund Sunday ticket holders and refund half of all two-day tickets. That is something I haven’t seen since Bonnaroo 2021 where many artists played random pop-up shows around Nashville to make up for the canceled festival.

I am looking forward to next year’s Moon River Music Festival. I think I’ll add this festival to my yearly list as that vibe will be hard to catch elsewhere. Hope to see you there!