To his friend and family, he is known as Frankie. “Rated R” has become a well-known name in the EDM community. He has been around music basically his entire life which explains his immense talent and his great ear for beats. He dove head-on to making music and had his eye set on the price. His entrepreneur energy helped drive him and help him hone his craft to make his dreams come true of becoming a full-time artist. His diverse music, vibe, and presence on stage sets him apart from other artists, and that’s a fact. He has been working on a new genre (mix of trance, techno, dubstep, and big room) which includes a Scarface sample, was debuted in Foam Wonderland, and has gone viral on Twitter. 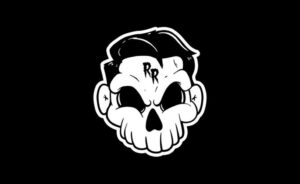 Rated R has made it clear that he is a force to be reckoned with in the Bass genre and is not stopping anytime soon. His first time EVER playing in So Cal was one for the books as Project Z invited him to play. This was INSANE! It was such a huge crowd and circle pits were going nonstop! He was able to share that he has a DJ Diesel collab coming out very soon and honestly, I cannot wait! I’m looking forward to seeing how much further he takes his career and hope we can meet up again next time he’s in So Cal for a show! Check out our exclusive interview!