Gorgon City is a house team from the UK with Kye Gibbon and Matt Robson Scott at the helm. Their blend of ethereal vocals and heavy bass house has made them a hit, and Gorgon City has been serving up hits with over 1.4 billion streams.  Their newest release via EMI Records and Positiva, ‘Burning’, is out now. 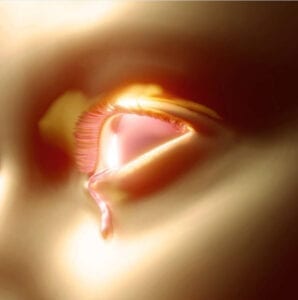 This fiery track blends synth, a warm beat, and smooth vocals to deliver a sexy new sound. Written during the global pandemic still gripping much of the world, ‘Burning’ marks the beginning of a new era for Gorgon City. The lyrics are sung by Evan Giia, a US artist with Astralwerks who has teamed up with the likes of ODESZA and CHVURCHES. Her voice carries the track and gives Gorgon City’s driving bass soul. 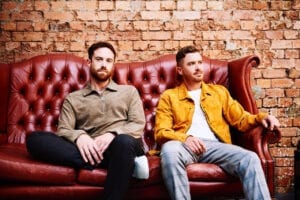 Following hits like Sofi Tukker’s ‘House Arrest’ and MK’s ‘There For You’, ‘Gorgon City is on a roll. Burning’ is ready for the dancefloor. Let’s hope we have more venues open and blasting ‘Burning’ for you soon! A music video is in the works, and you can check out the visualizer here.
Gorgon City has had some killer hits in the past, such as Nobody and Free Myself.
Listen to ‘Burning’ by Gorgon City feat. Evan Giia now.
Posted in Festivals and tagged CHVURCHES, EMI Records, Evan Giia, Gorgon City, Kye Gibbon, Matt Robson Scott, new music, New Release, news, Odesza, positiva, Press Release, Sofi Tukker
← ‘Malaparte’ Saycet Releases New AlbumMarsh is Presenting Lailonie To You →
Don’t forget to follow The Festival Voice for all of your electronic music and festival news!
Instagram: @TheFestivalVoice
Facebook: @TheFestivalVoice
Twitter: @thefestvoice
Snapchat: @thefestvoice
YouTube: TheFestivalVoice
Home » Blog » You’ll Be “Burning” Up with Gorgon City