So we’re here and ready to share the third and final part of our Dreamtheory interview. I had a TON of fun interviewing Nick and I hope you’ve enjoyed reading and watching! You can check out the transcript of the first part HERE. The video is located HERE. Part 2’s transcript is located for you to read. You won’t believe all the plot twists and turns in this one! Here’s a link to the video Part 2’s video. Finally, we’re here for the epic conclusion. Check the video for Part 3 here. 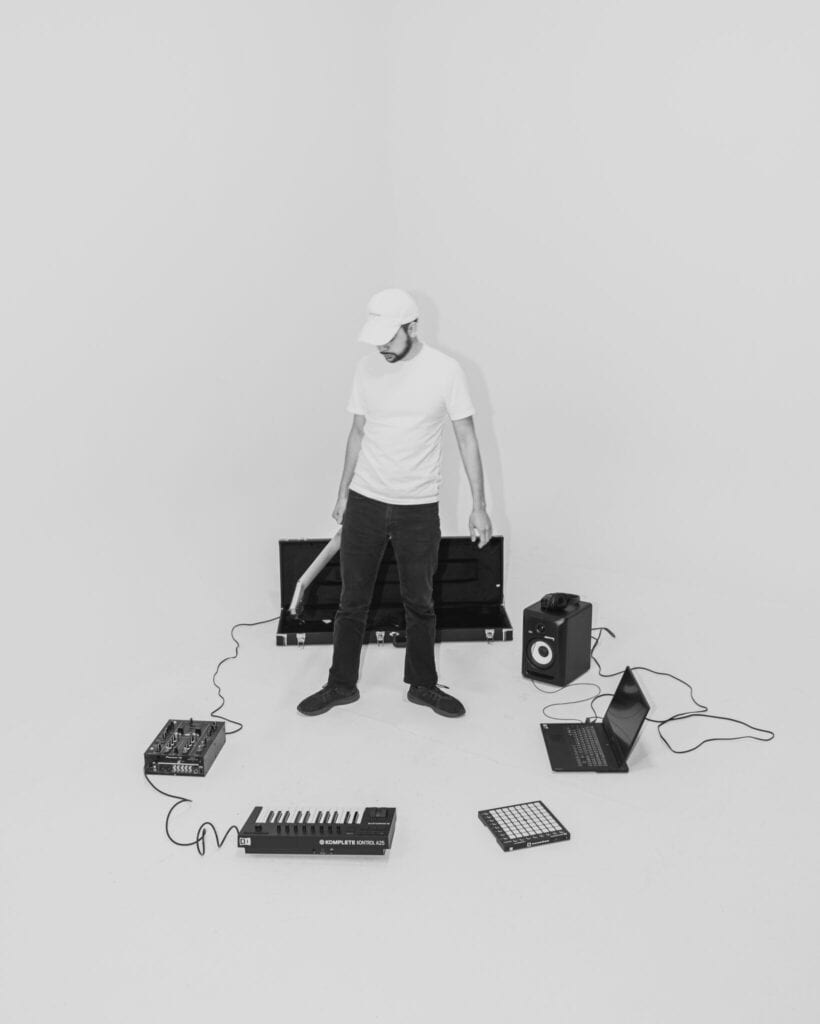 14) What was the first album you ever bought and why did you go for that one?

N: So I didn’t buy it, someone gave it to me. It must have been my dad. It was the freaking Bee Gees of all things. I had this big ass CD player that you put the CD in, pop on headphones, and just listen. But it was the Bee Gees of all things and I freaking played that thing over and over again. It was sick. Let me think- I think it was their Greatest Hits album or something like that.

I’m trying to think of the first album that I bought. It must have been off iTunes or something like that. It would have been either Aerosmith or maybe it was the Bee Gees because I thought the CD they gave me was cool enough that I was like ah, I’ll just buy it off iTunes. It’s cool, this is some sick shit.

But I don’t know, the Bee Gees of all things.

15) How old were you when you went to your first concert and who did you go see?

N: Dude, I’m pretty sure I went to go see some Christian rock band, like some random concert. My friend Nate, his mom was like, “Hey Nick, would you want to go watch this concert, some Christian rock band?” I think it was some big open field and it had a tent. I could not tell you who it was at that concert. I was like, this is pretty cool. Nothing crazy, but that must have been the first one.

16) We know of a hardstyle DJ who was into punk music growing up and the simplicity of punk rock directly influenced the simplicity of his own music. Do you have any unique musical influences that played a part in forming the direction you took as a musician?

N: Oh yeah, I was big into metal. When I say metal, I don’t mean heavy metal. Since I was in bands and I was studying music- there’s this genre of metal that was super intricate. The way they do stuff was very rhythmically and harmonically complicated. I really gravitated towards that kind of stuff because it was what I was studying in school. That played a huge part in what I do now.

There were even a couple of songs where they were screaming and shit like that, which is kind of weird to a random person. Well, I heard shit like that at first and I was like, “Damn, I’m never going to listen to this again cause this is like too much.”

But something brought me back to that song. Maybe like a year later I was like what if I were to listen to that crazy ass thing again so I listened and I got way too into it after that. That definitely plays a big role in who I am now because I’m making dubstep and heavy ass music.

It’s not only that, it’s the focus on sophisticated harmonies and rhythms that aren’t so conventional in popular music or any other kind of EDM. That played a huge role in what I make today.

17) What is one thing that you feel is unique about you?

N: Let me think, hm. I’d have to say that I’m willing to act on stuff that other people might not be. Like everyone has the thought of “I’m going to run away from home just to do it and see what happens” but I actually went and freaking did it. Like I’m the one, you know.

I’d have to say that. And maybe the fact that me personally- I have never drank a sip of alcohol or done any sort of drug whatsoever.

Do you know what ayahuasca is?

S: I’ve heard of that, isn’t it like in South America or something?

N: Yeah, I have done ayahuasca. It’s said to be like more powerful substances that you can take on Earth. I’ve never smoked a joint of weed and I’ve never done any other drug but that one drug, that crazy ass drug, I’ll do that one. It was crazy.

So I’ve done that but other than that I haven’t, I just won’t partake in drinking or whatever. One: it’s too expensive and two: even if I go to shows and get it for free, that’s not good because I’m going to drink it, it’s going to taste good, I’m going to drink too much and then ohhh. All the sudden, I’m naked on stage. Oops.

I decide to be super disciplined in that way. There’s too many reasons to not do that kind of stuff versus do it. It may be fun in the moment but if I make a habit of it, that wouldn’t be cool years later when I have an addiction problem.

And there’s just too much of that in the EDM community so I just want to back off from that kind of stuff. That might be the more important thing, that kind of discipline in life. Doing what I do and shutting other things out.

18) What is one thing that most people don’t know about you?

N: I sleep on the floor! I don’t have a bed. Look, I’m going to show you. Look, right here, that’s my bed right there. See that carpet? That’s it!

So a long time ago, maybe two years at this point.. and I even struggle with it now. I could not get the fuck out of bed. I think the longest I’ve slept was like 48 hours straight. Dude, that’s pretty bad. It wasn’t totally straight because I got up, I was like okay, I think I’m awake now after 20 something hours. I got some spaghetti and went back in my room. Like oh shit, I went back to bed.

The next day, I was like, damn, I’ve got to do something about this. Something is wrong with me, I don’t know what. I’ve got to make this less comfortable for myself. I guess I’ll just sleep on the fucking floor because that’s pretty uncomfortable. Apparently, it’s really good for your posture. I guess I’ll just do it and see what happens. My posture has improved significantly, I’ll say that.

19) If you could give your fans one piece of advice about their career,  their life, or about anything…what would it be?

20) Do you have anything else that you would like to say to our wonderful readers today?

N: Not much else other than HI MOM! I don’t know, learn to listen to yourself, that sort of thing. If you have a dream that you’ve been thinking about for a long time and you want to pursue, it would sure as shit be a shame to be on your deathbed and think, damn, I really wish I would have at least tried to do that. At least give it a shot! See what happens.

Well Nick that is all the time we have for today. We would like to thank you for taking the time to talk with your fan base today. We would also like to thank all of you, our loyal Festival Voice audience, for allowing us to be your voice at festivals around the world. Neither Dreamtheory nor The Festival Voice would be where we are without your support. Thank you from the bottom of our hearts. Stay tuned for more exclusive interviews and content brought to you by The Festival Voice!!!

Thanks to all our readers! We hope you enjoyed this three part series! The conclusion was worth waiting for, wasn’t it?