Tobias Froystad or “Toby’ is the Matoma’s ‘One In A Million’ documentary director. This is a film he made that shot to #1 on the iTunes Documentary and Indie charts and sold out the biggest cinema in Europe on its premiere release. He also DJs and wants to dabble in music production but didn’t know where to start…

So, it was a moment of destiny

when quarantine forced him to quarantine at Matoma’s house. The same situation was true for Matoma as well. With their spare time, Toby enlisted his buddy, the two billion streaming, classically piano trained friend, and the duo embarked on a voyage of creativity across eight super fun episodes. Matoma assumes the role of teacher and creates a special track from scratch in his happy place and both Toby and Matoma were fit and well and in great spirits throughout.


The first episode will be broadcast on Matoma’s official YouTube channel on Nov 9th.

After each series is broadcast, there will be a consecutive live-streamed Reddit discussion where they will answer questions on the episode directly from fans.

You’ll get all the know-how from A-Z in music production. Aspiring producers can follow the step-by-step explanations along the way.

The episodes will cover everything you need to know to get off the ground from opening up a project to understanding the essential tools of what you need. From E.Qing, Effects, Vocal Edits, chopping, sampling, BPM, and the whole creative process from beginning to end. 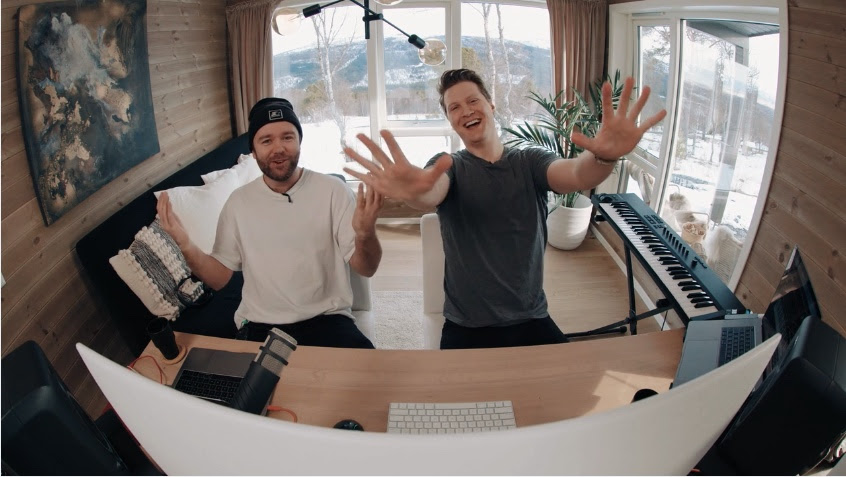 This is not unknown territory for Matoma.

He has a Bachelor’s degree in music production, plays classical piano, and has previously studied and aspired to become a music teacher. As a result, we see the natural extension of his talents showing a different side to the international stadium and festival performing DJ.

Plus, he’s got the credentials to do so. Matoma has over two billion worldwide streams and he is ranked among Spotify’s top 40 most streamed artists worldwide.  As well as collaborating with many cross-genre artists from the likes of Jason Derulo, Jennifer Lopez, Dua Lipa, Becky Hill, and The Vamps as well a dazzling array of remixes for artists as varied as Coldplay, One Direction, Snoop Dogg, Eminem, and Sean Paul, amongst others.