Bassheads of the world have come to embrace a new rising star, CloZee. I first saw her in 2019 at HiJinx where she was still on the supporting side of lineups. Her set blew me away with how she crafted a full soundscape around the bass. I was looking forward to where she would go as an artist but then, as we all know, the pandemic put a halt on all live music for a long while. However, CloZee kept putting in the work and has now emerged as a top-billing bass artist with her own curated festival, Voyage Festival. The first one in 2021 was in Cheyenne, Wyoming which shared the same venue as the late Charlesthefirst’s first curated event the same year (Rest In Peace). This year CloZee is stepping up her game by doing this year’s Voyage in The Caverns in Pelham, Tennessee. Yes, you read that right, she is throwing her bass festival in an underground cave! 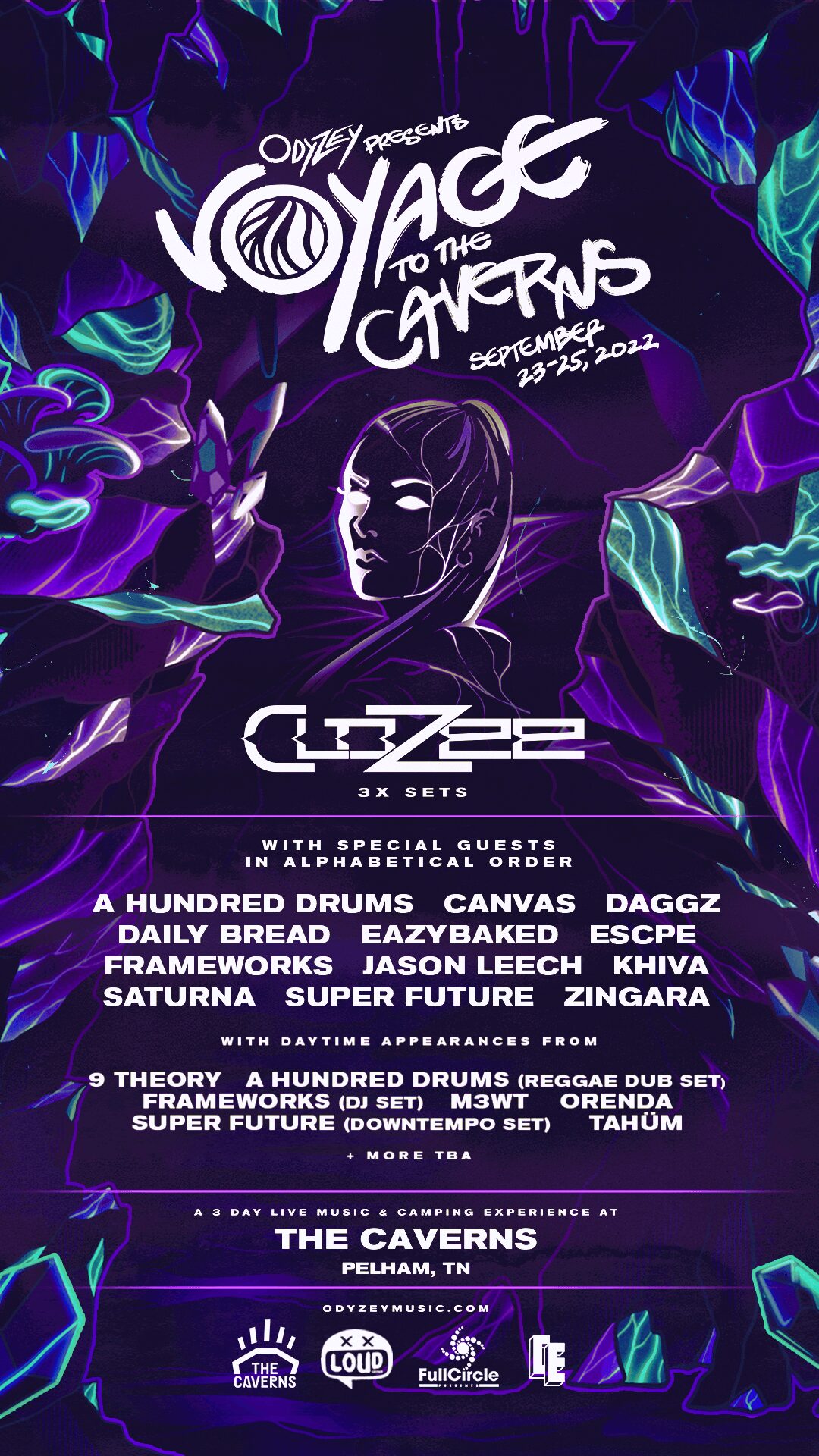 I haven’t been to The Caverns yet but have heard magical stories about shows there. Everyone I’ve talked to has told me any music lover has to go see a show there at least once. Before finding out about the location of Voyage this year, I had planned to go to the Subterranea Festival with Papdosio headlining both nights and am now very giddy that I may get to see CloZee the following month also at The Caverns. I’m excited that my adventures to this now-legendary venue will be for festivals. I am a HUGE festival person and just got back from Bonnaroo, my 36th festival overall, and my eighth one this year (HiJinx (technically), High Water, Shaky Knees B2B Sweetwater 420 Fest, Hangout, Atlanta Jazz Festival, Candler Park Music Festival, and Roo). If all goes according to plan and if I can go to Voyage, it will be my 40th festival!

There hasn’t been much information released about the festival. It will be a three-day event with tickets that include camping, daytime live music, art, and various activities like cave tours. There will be three nighttime shows with three sets by CloZee. As far as I know, this will be the second camping festival to happen at The Caverns. If it is similar to what they are doing for Subterranea, camping will be primitive camping where you will have to hike your gear from your car to your campsite under or near a surface-level cave. Pelham is just outside of Nashville, so you can also make this a Nashville weekend if you so choose, but make sure to not get sucked into the nightlife there and miss out on the mind-blowing event that will be Voyage 2022! Tickets are currently only accessible with the access code VOYAGE with the current price tag at $275. Keep a look out for more information in the following weeks.